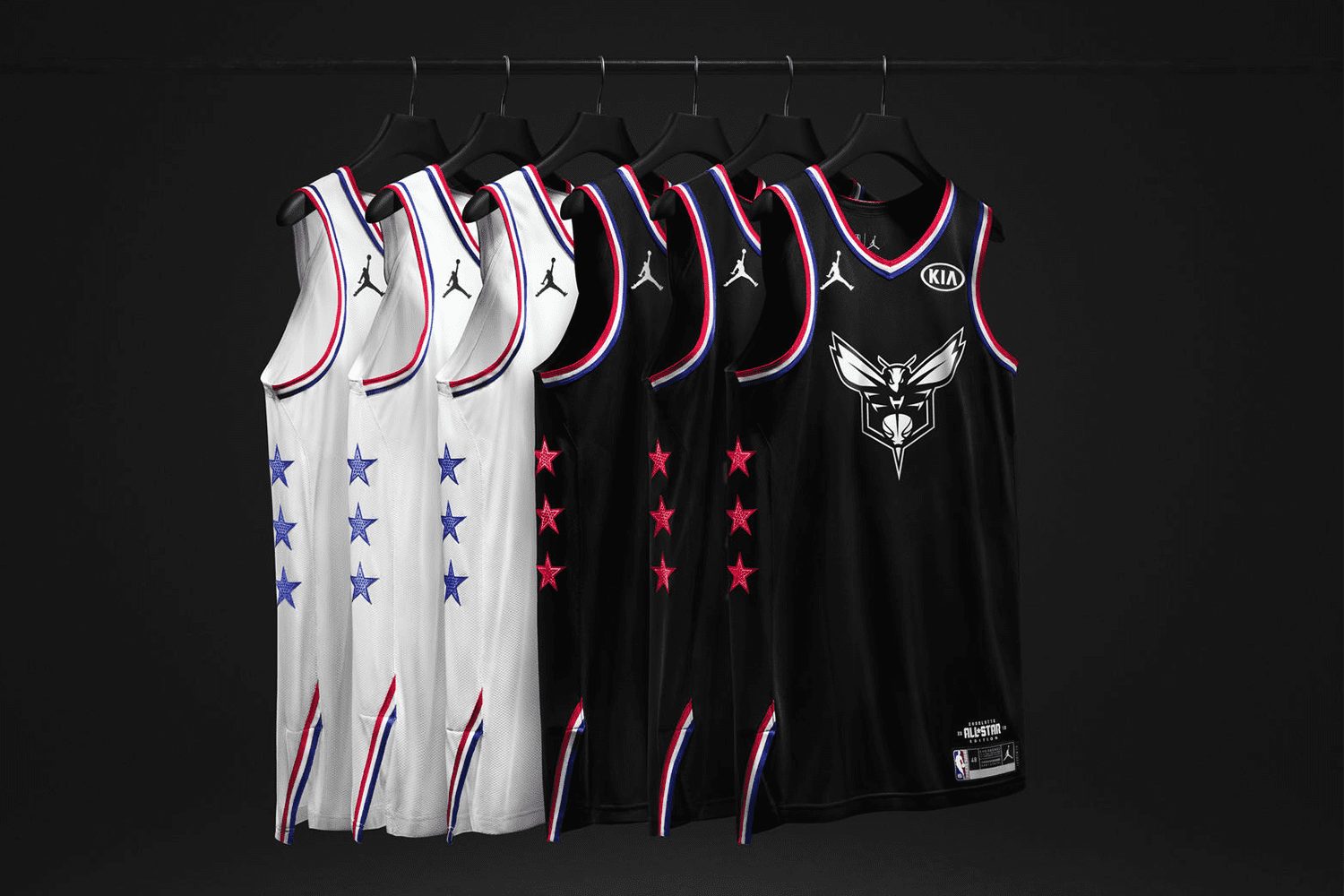 All Star weekend is around the corner and this year it will be hosted in Charlotte, North Carolina. It was almost 30 years ago, back in 1991, that the All Star weekend previously took place in Charlotte. Especially for this weekend, and the fact that Jordan is the official sponsor of the Charlotte Hornets, the brand has designed uniforms with small details of the city of Charlotte.

The Jordan brand has released the uniforms for the weekend that will take place from 17 till 19 Februari. The jerseys will come in two colours, black and white. The graphic colour combination red, with and blue on the uniforms comes from the early 90’s and the first NBA All Star weekend in Charlotte. The NBA Star logo is integrated with a honey pattern and crowns for Queen city on the ventilation openings.

“With the game being in Charlotte, we were presented with a great opportunity to look at the rich history of the city and its many connections to our brand. You see this come together with the 1991 inspiration combined with the clean black and white design language,” – Jordan Brand Vice President of Design David Creech.

Besides the honey pattern and the crowns, Jordan designers also has been inspired by the military. For the names and numbers on the back of the shirts they used a military inspired stencil font.