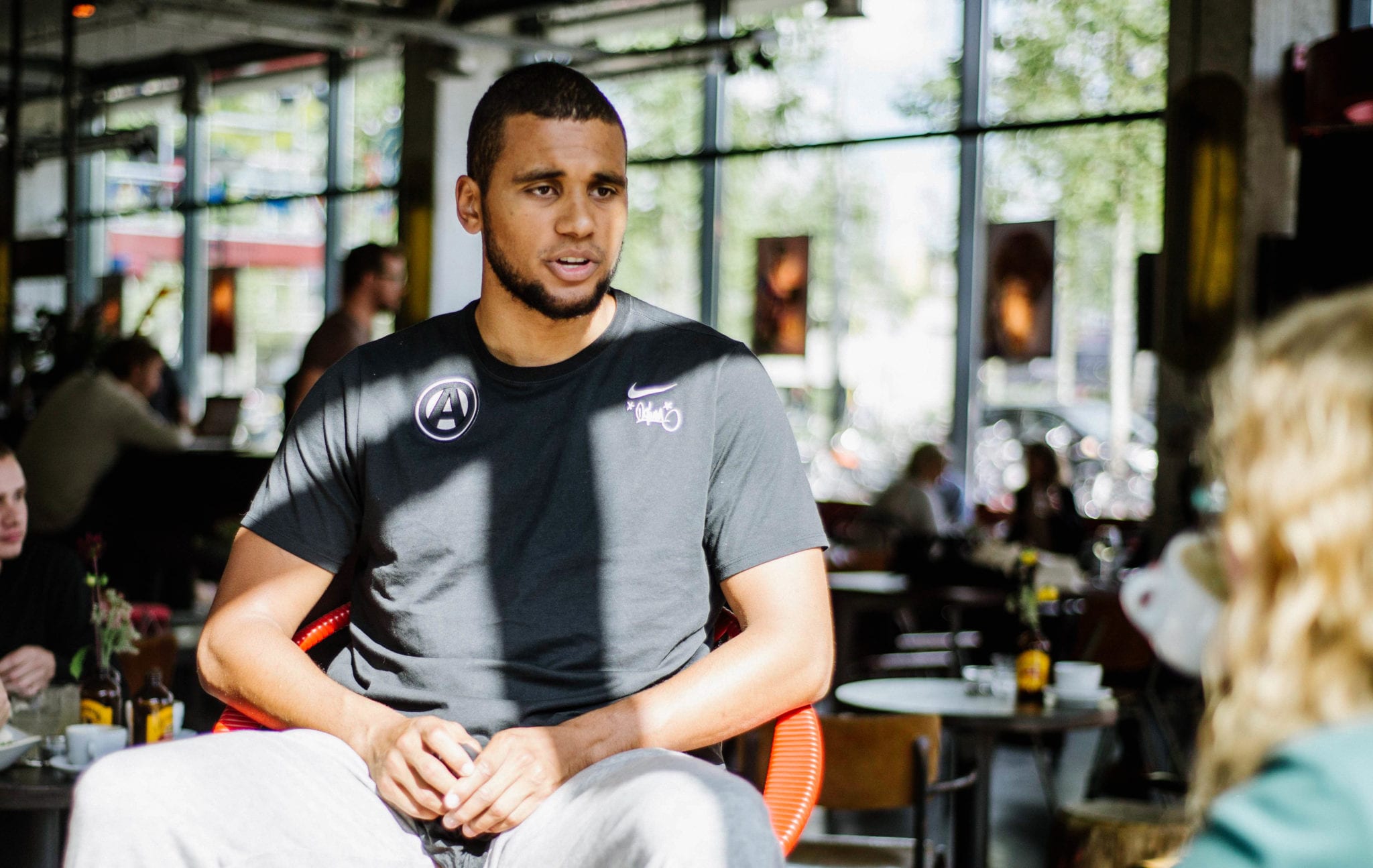 Being the veteran in your team at 25-years-old? Dimeo van der Horst knows all about it. He got his first contract in Amsterdam when he was 16, played for three other clubs in the Netherlands, but returned to his hometown three years ago.

1. How did you first come in contact with basketball?

I come from a soccer family, butmy mother did not want to stand by thesidelines of a soccer court in the winter anymore. I liked to watch basketball on television, and that’s why I decided to try and play it.

I think it is a lot of fun, especially because I am in my own city again. I have been outside of Amsterdam for four years and that did not go so well. I have gotten a new chance with Amsterdam, and three years later, I am still here.

3. Do the difficulties surrounding the club influence you?

Of course, it bothers every player. You always discuss these kinds of things. Basketball is the most important, but you also need to be able to buy your groceries. So, it is difficult, it is not fun, but it is part of the deal with basketball in the Netherlands. I have also played in Nijmegen, there was trouble there. I have played in Bergen op Zoom, they went bankrupt within a week. I have spoken to other clubs about a contract, but I have to decide what is good for me, for basketball, and also for my family. Only then, I will make a decision. And that has already been Amsterdam for four years.

4. What are your expectations for this season?

5. Do you have any personal goals for the season?

I used to have certain goals, like shoot better, do this, do that, but when I did that, I always focused on the wrong things. Now, I just want to do better than last year, as a team.

6. When you started out in the DBL, you were one of the youngest players and now you are one of the oldest in the team. What is it like to play with a young team?

I am the veteran now! I do not think it is really different, I have always been a person who speaks up. I let my opinion know. Now that I am a bit older, I do not have to agree with every opinion anymore. 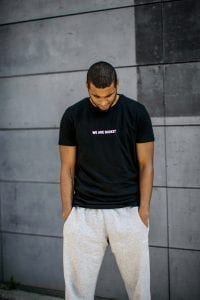 7. What can you learn these guys?

I think that I can give them extra experience, about basketball, but also about the business side. That is about how you choose a team, where you have to pay attention to, that you can make the wrong choice and had the wrong attitude to a coach about playing time. I think that is the most important thing I can help them with.

8. Is it different now than when you started to play in the DBL?

No, everyone still thinks I can act young, they think I am annoying and difficult. I am always on everyone’s case, and I can also tease them. But it used to more difficult, as there were more old guys, who were more annoying. I think I am alright. I hope.

9. You have coached teams in the past. How did you experience this?

I have coached for two years, but I quit this year, because I want to focus on my basketball career. I do talk to the younger players in the Apollohal.

10. Why did you start coaching?

I have always wanted to coach, since I was sixteen years old. And since I returned to Amsterdam, I have been working as a P.E. teacher, and especially basketball. I enjoyed that so much, even though the children did not like to play basketball in their free time, that I started coaching immediately. I almost enjoy it as much as playing myself.

11. How can you use your basketball skills while coaching?

It is about how you handle your players. A lot of coaches are parents, because there are not enough coaches for every team. And then, the children get taught in a different way. I try to learn them that they have to play freely, learn basketball themselves, and that I am only there to give 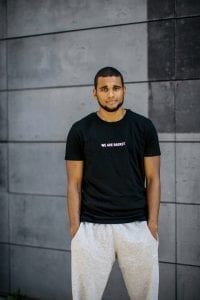 12. Do you have a basketball motto?

13. Do you have a specific motivation why you have always continued playing basketball?

I just enjoy basketball a lot and I promised my mother that I would never stop playing basketball. My family is very supportive; my grandmother comes to every game. So I think that my family is my motivation.

14. Why did you promise your mother that you would never stop?

I did that, because she saw how much I enjoyed it. The first year I had a contract, was really difficult for me. I had a coach that I did not agree with, and I wanted to quit. But my mother said no; you are going to make a promise that you will only quit if you really do not enjoy playing anymore.

15. Do you have any ambition to play abroad?

I have the ambition, but it depends on what comes on my path. There have been some small things, but now that I am older, and that I have my own place, it has to be a good offer for me to think about it. I am not going to a team abroad to sit on the bench. That would not be enjoyable for me or the team, and that helps no one.

16. How would you describe your fashion style?

Fashion style? I buy what I like, I do not care about what other people think about it. I do not really care about shoes or clothes, I just walk through the city, go into some stores, that’s it. And, I have gotten most of my basketball shoes for free at tournaments. If I can wear jogging pants, I will.

17. What is your favorite NBA team?

That is a difficult one. I always choose a team where Lebron is not playing, but my favorite team is still Cleveland.

We Are All In To Do Something Big Together

18. And who is your favorite player?

My favorite player was Scottie Pippen. He was one of the best all-around players, but because he was playing with Michael Jordan, he never got the attention he deserved. That’s it. I am also a fan of Lebron, since his first year in the NBA. Someone who is 2 meters and plays as point guard, that gets my attention, especially because I am a tall point guard. I do not want to be his fan because he is the best, but I secretly am. 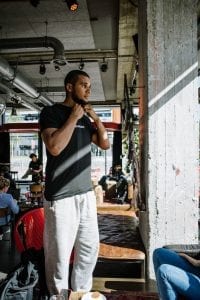 19. How would you describe your playing style?

If my teammates describe my style, they call it awkward. I can make some weird moves. You know that those moves are coming, but they stay weird and they do fools everyone. They also call it a flow game.

20. Who is your favorite coach?

Favorite coach? Ah, this is going to be trouble. I think that would be Patrick (Faijdherbe – ed.). He is very laidback, though you might not see that on television. He is calm, takes his time to learn something to everyone, but if you go too far, he will be all over you. He is always there, is a strong coach, but he can also be emotional and that is important as well. Then, you know you have a coach that cares about you and that protects you against the referee and the rest. He is the first man to go into battle, and that is better than a coach who holds back.  Furthermore, everywhere I played, I had words with the coach, but I have never had words with Patje (Patrick – ed.). And if we have a discussion after practice, it is done right after. It is just a great collaboration. He gives me the freedom to lead the team.

21. What is the best basketbaltip that you have ever gotten?

That is difficult. I think the best tip I ever gotten came from Tree Marioneaux. He once said that I had a lot of talent, but I did not do anything with it and that I did not work hard. If I would work harder, he said that I would make it. This was back when I was sixteen, and I was always really laidback, and if I did not need to run, I did not. Only when I was around 22 and was playing for Apollo again, I remembered his tip. I had a conversation with him about it, and he said it again. And then I knew he was right. And Patje said the exact same thing, years later. Eventually, you will have to listen to what people tell you. I went from being lazy to being a hardworking guy. 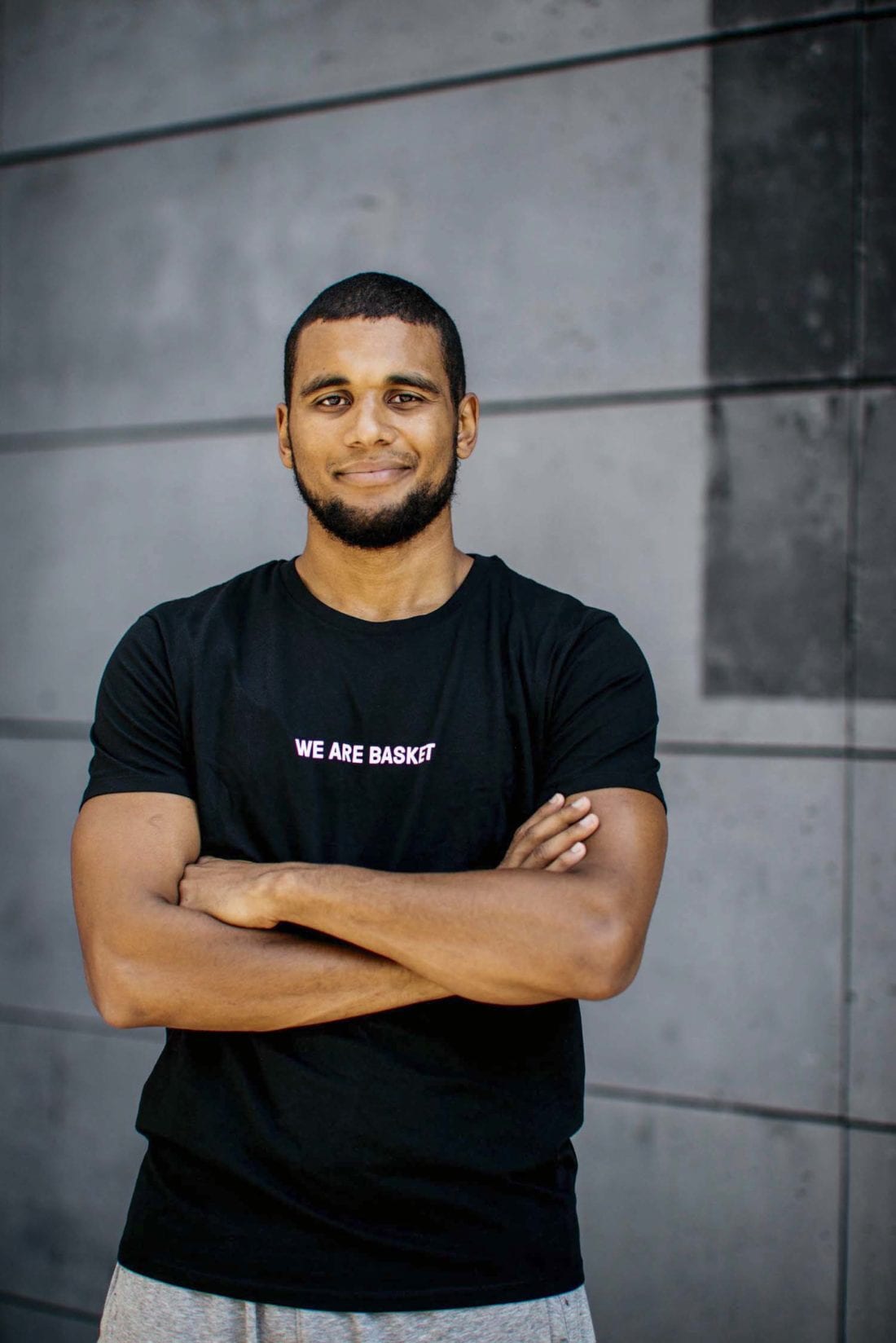 22. You have played for several teams in the DBL. How where those teams different from Apollo?

23. You have played 3×3 this summer. How is 3×3 basketball different than 5×5? Do you have to pay attention to different things?

I think there is not that much of a difference between the two, but it takes some getting used to. There are a lot of players that have been playing together for 3,4 summers, and you have to look past that. In the beginning, you do not have chemistry with everyone. But that is the same in basketball, a team that has been playing together for five years has more chemistry than a team that has never played together. The defense is different, but not really. They switch everything, but you switch in basketball as well. But here, you have to focus on one thing, instead of thousand different things. It is the same, you just have to want it. Basketball is basketball. It is a new sort of basketball and everyone just has to get used to it.

I do not want to make Jesper Jobse angry, but I do not know if it is adding anything to the 5×5 players at this time. If I see 3×3 players play 5×5 they seem lost, and the other way around as well. It is basketball, but it takes some getting used to. You have to pick up the small things quite fast, if you cannot do this, you will not be a good player. You cannot switch from the one discipline to the other and think you are automatically going to be good. If you choose three random players of the DBL and let them play 3×3, they will automatically go one against one, but that is more difficult in 3×3, because the referees allow more. I play against old men and I have think why we lost, why we did not beat the oldies, how is this possible, I play in the DBL. but, if you watch the videos of the games you can see that one guy is holding my arm, pushing me to the side and the refs let it pass. And they score quite easily, and they only set easy pick-and-rolls. You can go to a 3×3 tournament with quite a big ego, and the mentality that you can easily beat those guys. But in the end, those 40-year-old guys just run around you, without actually being in shape, but because they play a simple game, they lose less. As soon as you know this, it is actually quite easy. You just have to go back to the basics.

Bonne Suits takes us to The City of Angels