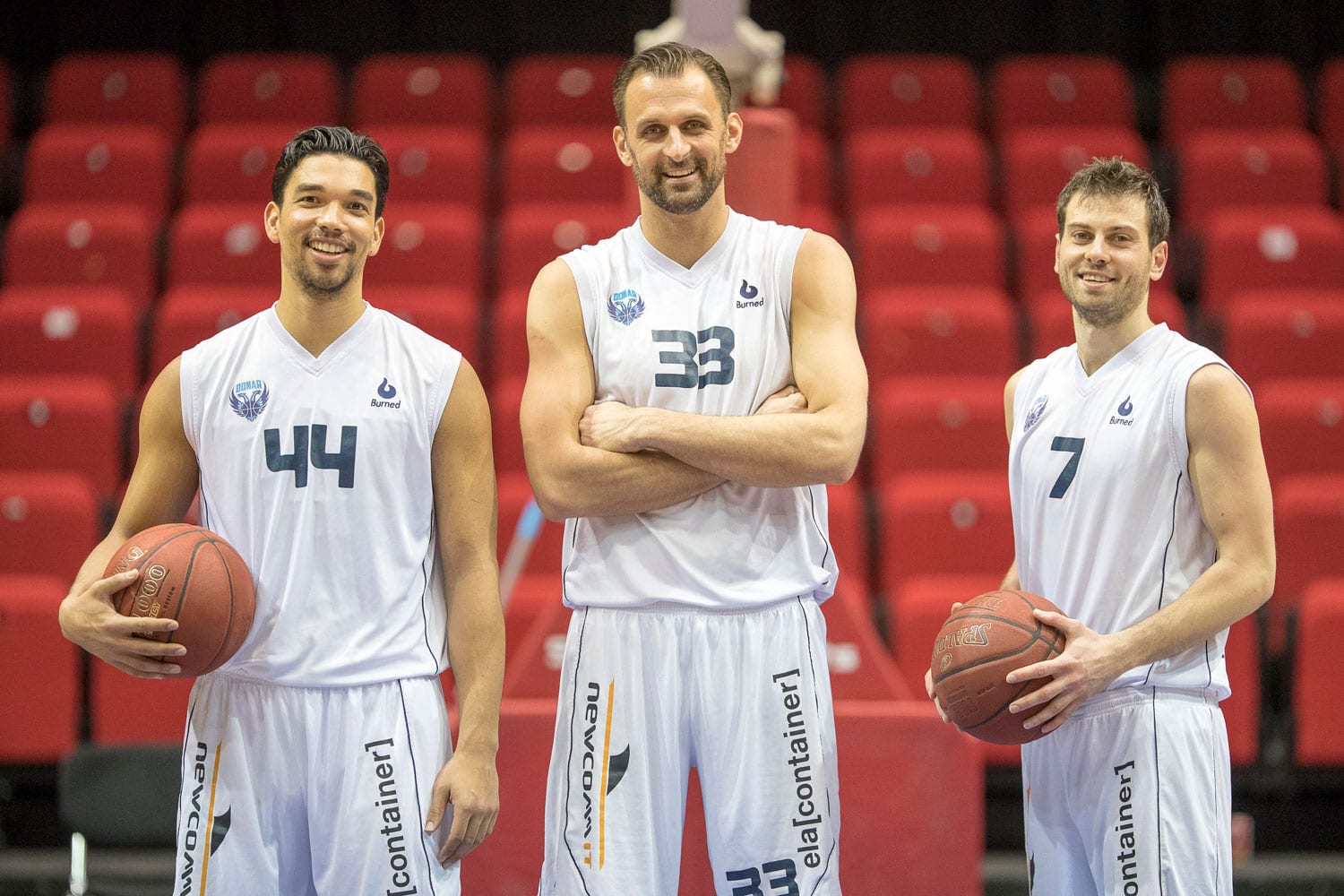 This time, We are Basket went international with the 24 seconds, well sort of. We went all the way to Breda to talk to Drago Pašalić, the 33 years old Donar center. He tells us about his youth in Croatia and the long basketball road he has taken this far.

1. How did you get in touch with basketball?

My parents brought me to a basketball practice at 12. I never played basketball before, but I liked it.

2. What makes the culture of Croatian basketball so different from Dutch basketball

In the Netherlands, basketball is not one of the top sports. In Croatia, it is the second biggest sport, right after football. In the youth, we practice a lot. Most of the times it is three practices a day. Here they barely train three times a week.

3. Did you play against any Croatian stars when you were young?

Of course, I played with them and against them. Stojko Vrankovic, he is an excellent NBA player, and he is playing for the biggest teams in Europe like Barcelona, Panathinaikos and Fenerbahce. He is actually my best friend and was the best man at my wedding. Know all of them, whoever is in my generation, I played against.

4. What was your youth team?

It was KK Split. It was a big club in the early 90’s and won the Euroleague three times. There were a lot of big names coming from the team like Toni Kukoc.

5. Did you have any rival teams?

They were Cibona Zagreb and KK Zadar. Both were big Euroleague teams at that time.

6. Did you have a basketball idol growing up?

Not really, I didn’t follow NBA then much, but I like the way Dirk Nowitzki plays. From European basketball, I love to watch Dejan Bodiroga.

7. Did you have a basketball motto growing up?

I had an excellent three point shot. So the stretch forward style really was interesting to me.

8. Did you have a favourite coach when you were young?

Yes, it was Ivica Skelin. He taught me a lot about the game. He was the former coach of Donar and now coaches KK Split. 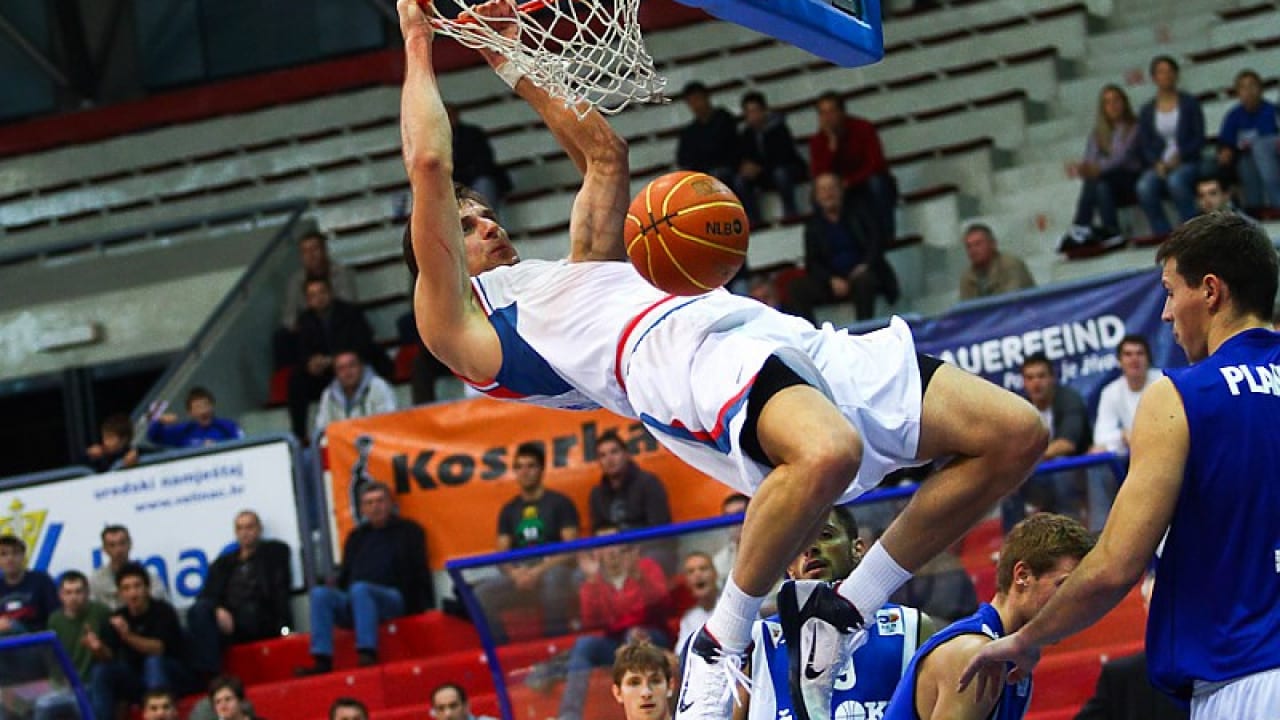 9. How was it to play for the Croatian national youth team?

I played for the senior national team as well, but mostly for the under 20 national team. We had a few years of great success. With the under 18 we were European champions (2002). The year after we were fourth in the world. I was the second rebounder and tenth scorer in the European tournament.

10. Did you have any big ambitions right away after those tournaments?

No, I already signed a big contract, so I didn’t have the possibility to go to college. We are brought up that guys who are successful play for the team where they started. After that, there were a lot of NBA scouts coming to my club. I was at an NBA pre draft camp in Chicago, and I was playing two summer leagues with the Chicago Bulls. I was close to the NBA; it wasn’t a sure bet.

It was great, but we were also a pretty young team, and we couldn’t keep all the players on the team. There were money issues. The club lives by selling other players. I think if that generation had stayed together, we could have accomplished a lot of great things.

12. You played for a lot of teams, what was your experience travelling to all those clubs and countries?

I think it is fantastic; I love playing basketball. Travelling the world and meeting all these different players. Now that I started my own family, travelling becomes a little bit too much. We decided that this is the time to settle down and we picked the Netherlands to stay. My wife is Dutch.

13. Did you have a favourite club or country where you played?

I’m in love with Spain. I lived there for three years, and it is where I met my wife. It was the best league and lifestyle. Turkey was also a strong competition and life there was also good for us. When you combine both, basketball and personal life, you have something really special.

14. You just played a year in the Dutch League, what do you think of the culture?

It is very different in comparison to other countries; I am still learning. I mean having a Dutch wife, her friends and family, they already introduced me to the culture. This year I learned a lot of new things. It is a great country to live in. The sports aspect is different. Besides football, I don’t see a lot of desire to do sports on a higher level. People like to play sports, but it is more on an amateur level. 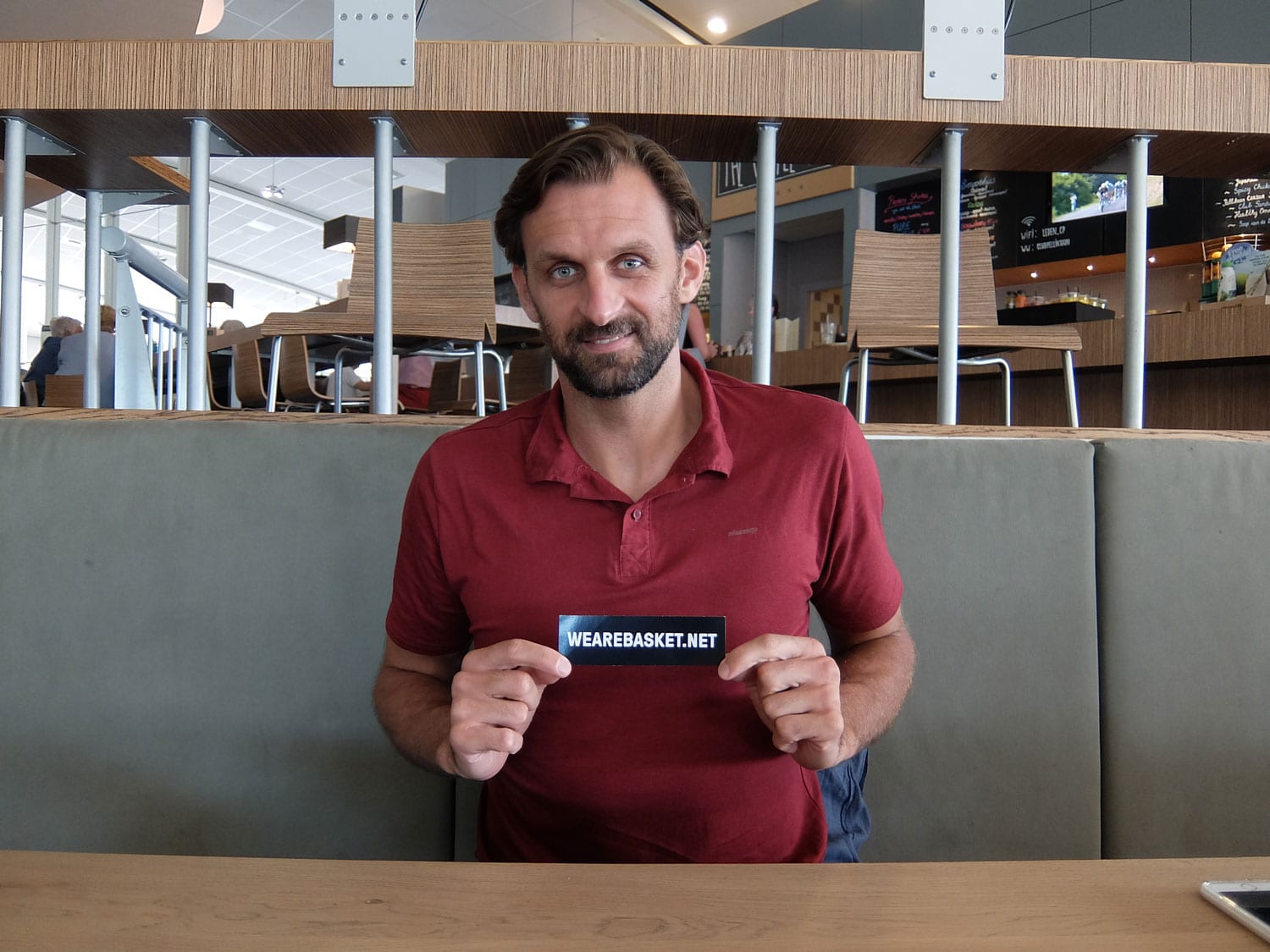 Yes, I love to try all new food. The snacks are good like kroket, kibbeling or frikandel.

I have been talking to a lot of people about Donar this year. If you compare how much money and interest there is in the Dutch basketball, not that much of course, Donar is really special. I wish for other teams to follow that example. It is something special to watch a game in Groningen. The light show, the entertainment and of course the fans. It is just amazing; fans follow every game. Other teams in Europe where I play; they don’t have that. At a small game maybe a 1000 people attend. Here, everybody shows up to support. The organisation does a great job.

17. How did it feel to win a championship in your first year?

We kind of knew that we had the strongest team in the beginning, we also wanted to make our mark in Europe. We didn’t expect to win, but we knew we could compete. It was our mission to win. There were three titles to fight for, Super Cup, Cup and the championship. We won all three of them what never has been done. If we wouldn’t have been there a 100 percent, we would never had won all three. We put in a lot of effort to win.

18. Do you see any young prospects in the Netherlands who could be terrific players in the future?

In my team, I see Tim Hoeve. I think he got potential. He is young but a talent. Talent gives you an opportunity to do something. It is up to you if you use this talent. He got a lot of work to do but if we are talking about talent yes him. The other player that surprised me was Olaf Schaftenaar from Zwolle. He surprised me.

19. Are you still connected to Croatian basketball?

I follow it a little bit. I talk to the players and coaches, we discuss players, young players and I give advice. I’m kind of connected in that way but not a lot. In the Netherlands it is more volunteer help, in Croatia, it is more of a job. It is also what makes the two basketball cultures different.

20. Do you see any future Croatian stars?

I’m not following the Croatian youth. The last couple of years there were a lot of Croatian players drafted in NBA. All these young guys are achieving great things. The young national teams also have a lot of potentials.

21. How do you feel about making the Europe Cup?

We need to get past three rounds; it is going to be tougher. Last year we only had two rounds. I think we have a good shot. It depends on how we play as a team. We have a lot of new guys and not that much time to train so we will see.

Again it is going to be hard, but we always want to compete. We want to go all the way of course.

23. What do you want to tell the people that want to play pro basketball?

I think that kids should focus more on European basketball and then focus on NBA. Work a lot, work on your game even in your free time. Go outside and play basketball with your friends. Do your thing and enjoy what you’re doing. Hard work gets you anywhere. Focus on yourself and try to find out what type of player you are. Enjoy the game and work hard.

Like every year, I want to do what we did last year. If there is a possibility to do something for Dutch basketball, with Donar in the European competition, that would be great. Just like last year, we want to compete.