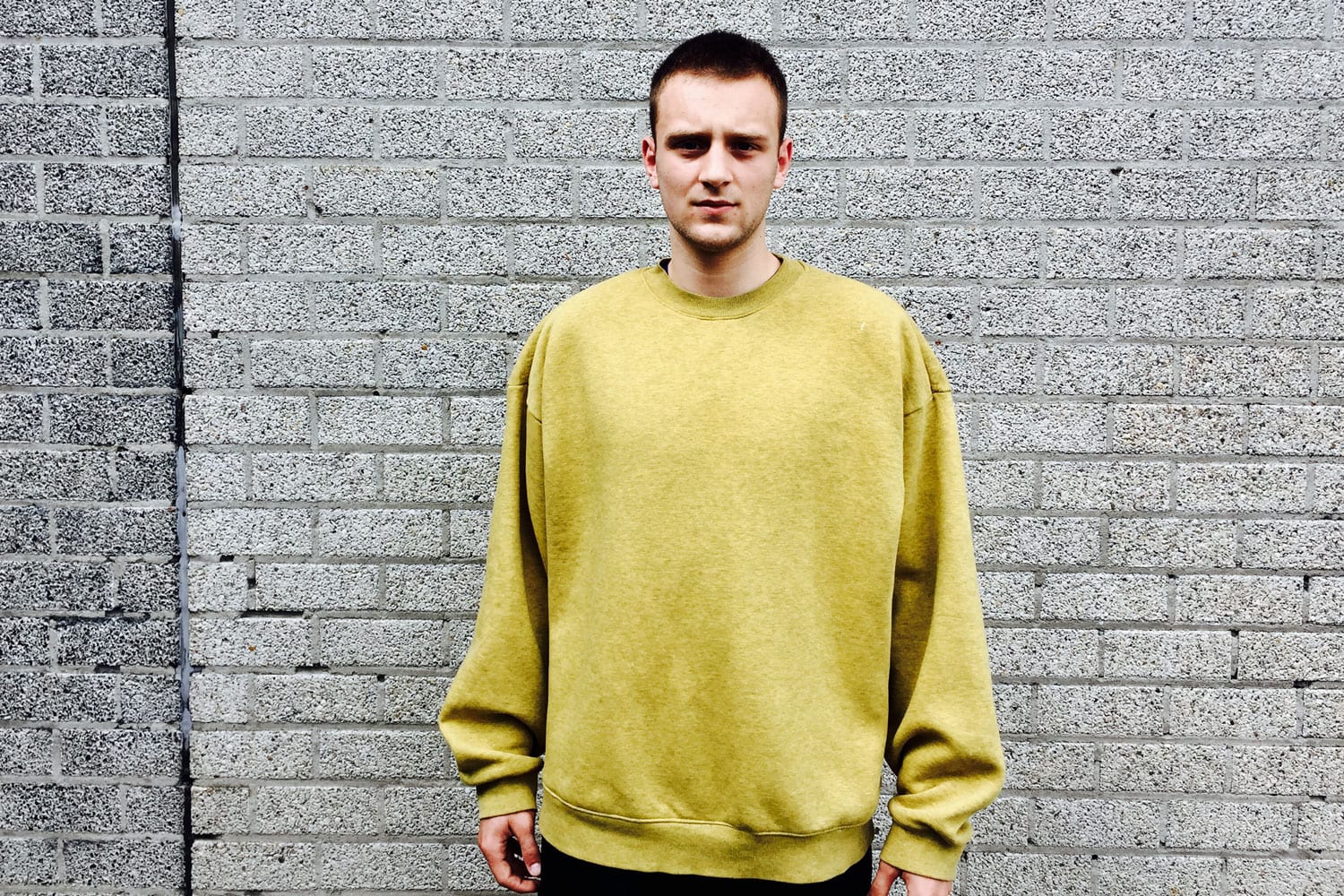 This time We Are Basket went all the way down south to Rosmalen. We visited Stan van den Elzen. A young player from New Heroes who just signed a contract with their Dutch Basketball League team. We knew that he was perfect for our next 24 seconds.

1. At what age did you start playing basketball?

2. Did you always play for New Heroes?

I used to play for Black Eagles. But for the last two years I have been playing for the New Heroes, a national division team, and that seemed like the better choice.

3. How many times a week did you practice in your youth years?

Most of the time we practiced two or three times a week. When I joined the academy, it went all the way up to every day. It was easy to combine with school because they go hand in hand. We train in the morning, then we go to school, and after we head back to the gym to train some more.

4. Do you have any favorite games that you played?

Some games are more exciting than others. Games like in the Final Four when it matters. There are a lot of people making noise and trying to get you out of the game. You feel that tension in your stomach. Those are the games I like the most.

5. How was it to play in the Dutch U16 Finals versus Apollo Amsterdam and hit the game winner?

It felt great. When I shot the ball, all kind of things went through my mind. When I hit it, just all the adrenaline came out. It was a really exciting game. You could feel the tension throughout the whole game. The fact that it came down to a final shot means we were evenly matched.

6. What was the most important moment in your career thus far?

I really like the buzzer beater, but I have to go with the contract I signed with Den Bosch New Heroes. 7. How did It feel to play with U24 and the Dutch league team last season?

The physicality wasn’t a problem. The teams always train together. So I was already used to playing those big guys. The only tough transition, in the beginning, was the speed of the game. I got used to that eventually.

8. How did you experience signing that contract with New Heroes? Especially since you’re the first one of your year to sign a contract with a Dutch league team.

First I thought that it was nice. Then I started thinking about the other options. It was a big step for me. Eventually, I liked it. In Europe, you can develop your skills as a basketball player much better. The sport is becoming more popular everyday here.

9. Which position are you going to play in New Heroes?

10. Do you think you will make a big impact on your team?

Not the first year. I will be training a lot with the team. I think my second and third year will be more exciting. Then I will probably have a bigger impact then in my rookie season.

11. What are your offseason plans?

I want to train on every aspect of the game. Three, four hours a day. In the weekends, I am training with the Dutch National U18 team.

12. Do you have a specific goal for next season?

I have a goal with the Dutch League team that at the end of the year I play around five minutes a game. It is going to be tough, but it is reachable.

13. Do you think New Heroes will make the playoffs and even the Finals next season?

I think we will make the finals. Last year we reached the semi-finals, and the team is stronger than last year. They will make it tough for Donar Groningen. 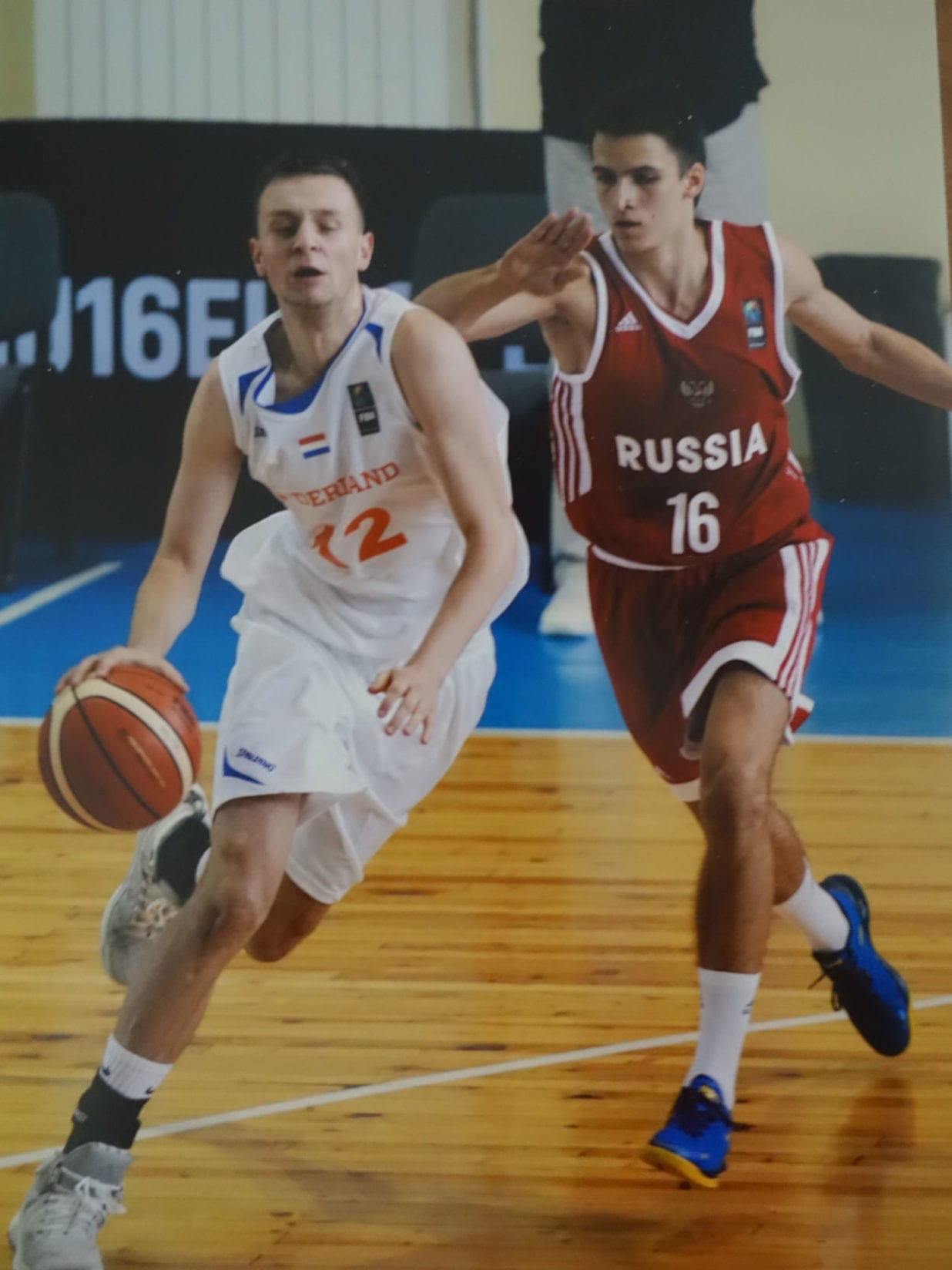 14. Is being a professional basketball player in the Netherlands a long term decision?

Not quite, I want to play outside of the Netherlands. Euroleague is something I want to play. I signed for three years, so after that, I want to look for options abroad.

15. Do you have a specific country or team in mind?

Not a particular country or team. If I had to choose, then I would go with Real Madrid. Maybe if I have to take a long shot, I would play for the San Antonio Spurs. Particularly because of the way they play the game and make everybody on the team better.

16. Speaking of NBA, what is your all-time favorite player?

17. What is your all-time favorite team?

18. You met Kobe Bryant at the Nike event last year, how was that?

It was really cool. Dino Bergens asked me to join. The experience was just amazing.

19. Who will the NBA champs be next season?

It will probably be Golden State again. I hope they won’t be. The team I am rooting for is the Houston Rockets. I’m a big fan of them.

Yes, I played in a team with Kenyuoe Ondaan, Keye van der Vuurst and Maik Bouwer. It was like a training internship to get 3X3 to a higher level. 3X3 is fun because it has a lot of one on one actions. I like it, but I am more of a five on five guy.

21. Will 3X3 be a popular game in the future, especially in the Netherlands?

It probably will be. I think we won’t be competing for medals on the long term. We are ranked so high right now, which means the popularity will grow. Most of the world will probably focus more on five versus five.

22. Do you see yourself playing for the national 3X3 basketball team?

I would like to play for the national 3×3 team, only if it doesn’t interfere with playing on the Dutch National team. If I had to choose, I would take five on five a 100% of the time.

23. What do you want to tell people who want to play pro basketball?

You should enjoy playing basketball. If you don’t like it, you are never going to be a great player. Even if you have the skill set, without the passion for the game, it’s still nothing.

Playing in the NBA or the Euroleague.

Orange Angels u20 back to the top