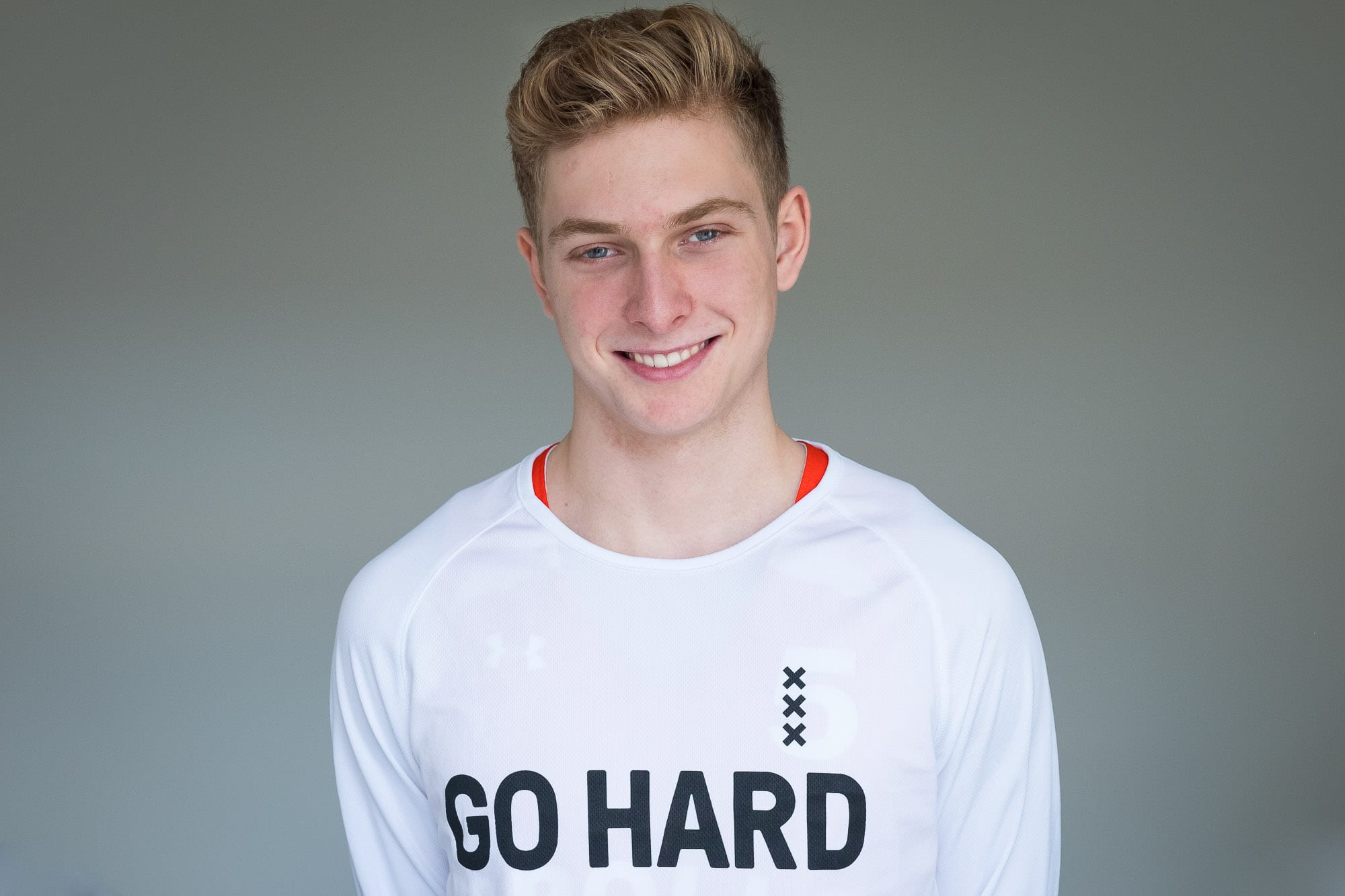 Last weekend, there were several Finals in the highest youth competitions in the Netherlands. BC Apollo had teams representing the club in three categories, boys under 14, under 16 and under 18. Two of those teams, u16 and u18 became the national champions. River Gori was the point guard for the under 18 team, and led his team in points in the Final.

1. You became Dutch Champion with Apollo for the second time. Was this time different than the first one?

2. What is it like to play the Final Four? Is the ambiance different than a regular game?

It’s tougher much tougher. The physicality what the refs let us play with is much more than during the regular season. And the preparation before the games. You have to study your opponent because its do or die.

3. What is you biggest achievement this year?

The championship, ofcourse. I had a lot of obstacles during the season and to overcome those and win the championship. Nothing more beautiful than that. 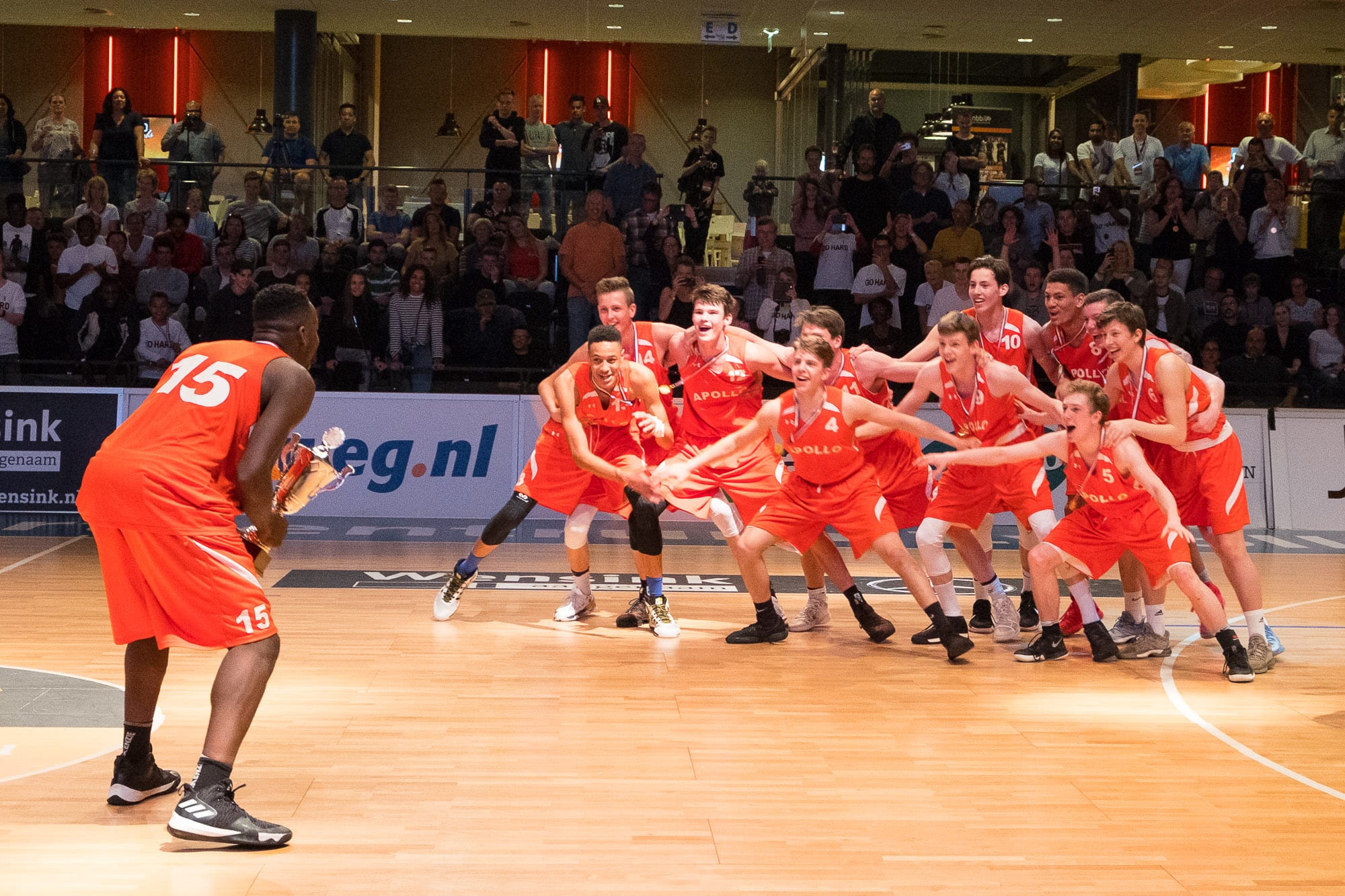 4. What did you learn from your coach Wierd Goedee?

To be a leader, helping my team. Not only to score, but to compose and read every situation. To keep the team at all times focused.

5. What do you enjoy on the court?

What I love the most? Hmm, that’s hard. Everything ofcourse. But if aI have to choose it’s getting my teammates involved in the game, so giving assists mostly.

6. You are the play maker. What skills do you need to be a play maker?

You need to see every corner and line on the floor. Analyzing while your playing, and mostly take the job to be the leader of the team. 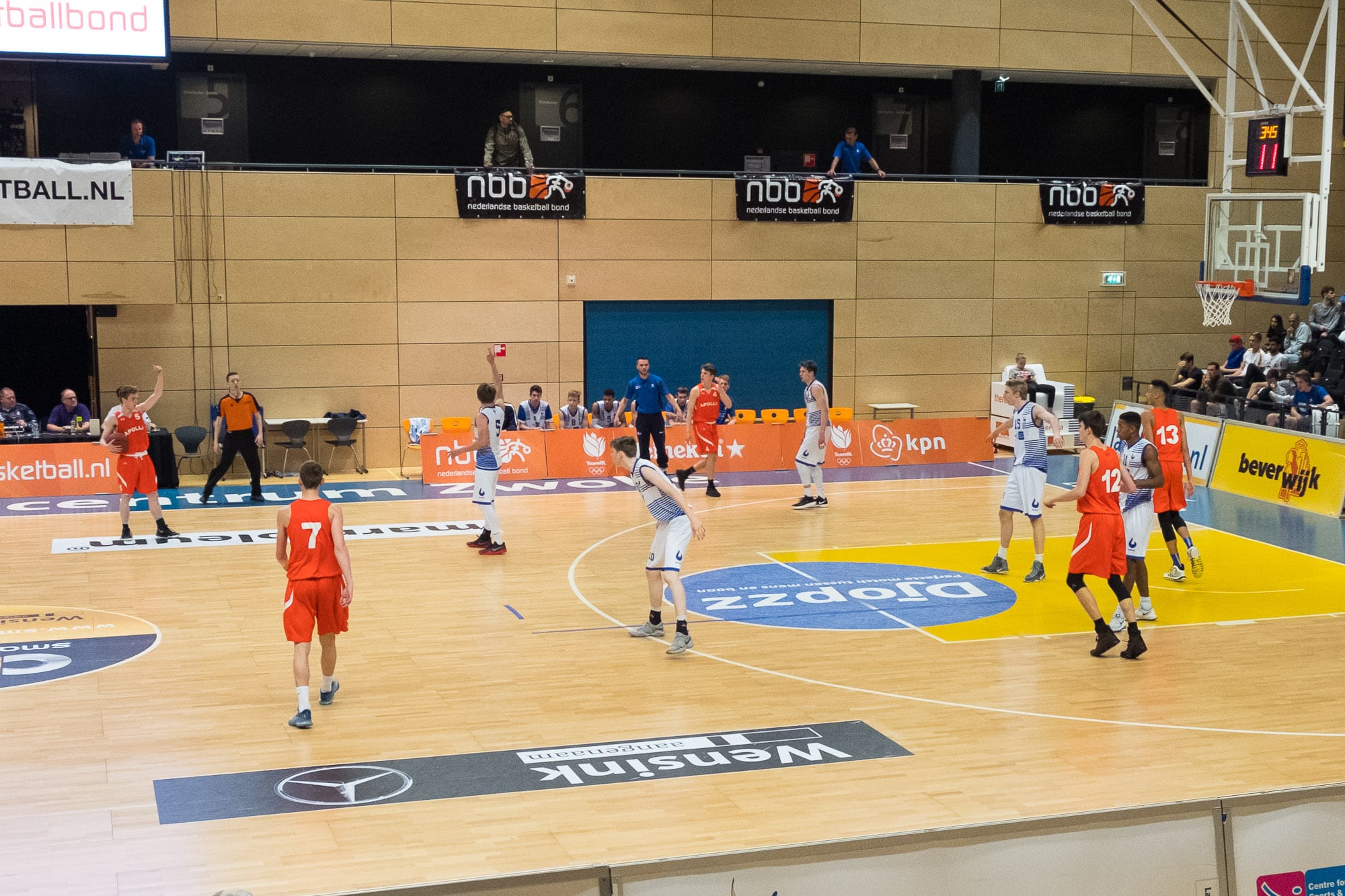 7. Who is your favorite playmaker?

My favorite playmaker of all time is Steve Nash. He read the game so well and he’s the best at getting his teammates involved.

8. What is your strongest skill on the court?

9. When did you start playing basketball?

To be honest, I wanted to become a soccer player. But I was (a little bit) forced to try basketball, because my dad wanted me to. When I was 8 years old, I started at a club nearby my house BVA ( Basketbal Vereniging Amsterdam). And that first training, I had to go to was the best thing I did in my life.

10. Now, you are playing at BC Apollo. How different is that club?

This is my 4th year here so I have been here for quite some time. The difference is how competitive everybody is. At BC Apollo everybody wants to win and I like it. Because of that mentality the practices are more active and harder and  so there is  more room for improvement.

I start the night before the game to get a good healthy meal, go to bed on time so I am not tired. Then I wake up not too late, because you don’t want to be slow all day.  Get some breakfast and just chill. Not thinking too much of the game. Then normally 2 1/2 hours before my game I eat a good meal, almost always pasta. Still not think too much of the game, because otherwise you’re getting nervous. Then when I go to the game I am getting into my zone. Where I am completely focussed and ready to give it all.

Mostly rap, just like I listen to all my life.

As I said earlier mostly pasta. I do not have a diet, but I will always watch what I’m eating to keep my body healthy.

14. What is your favorite basketball quote? 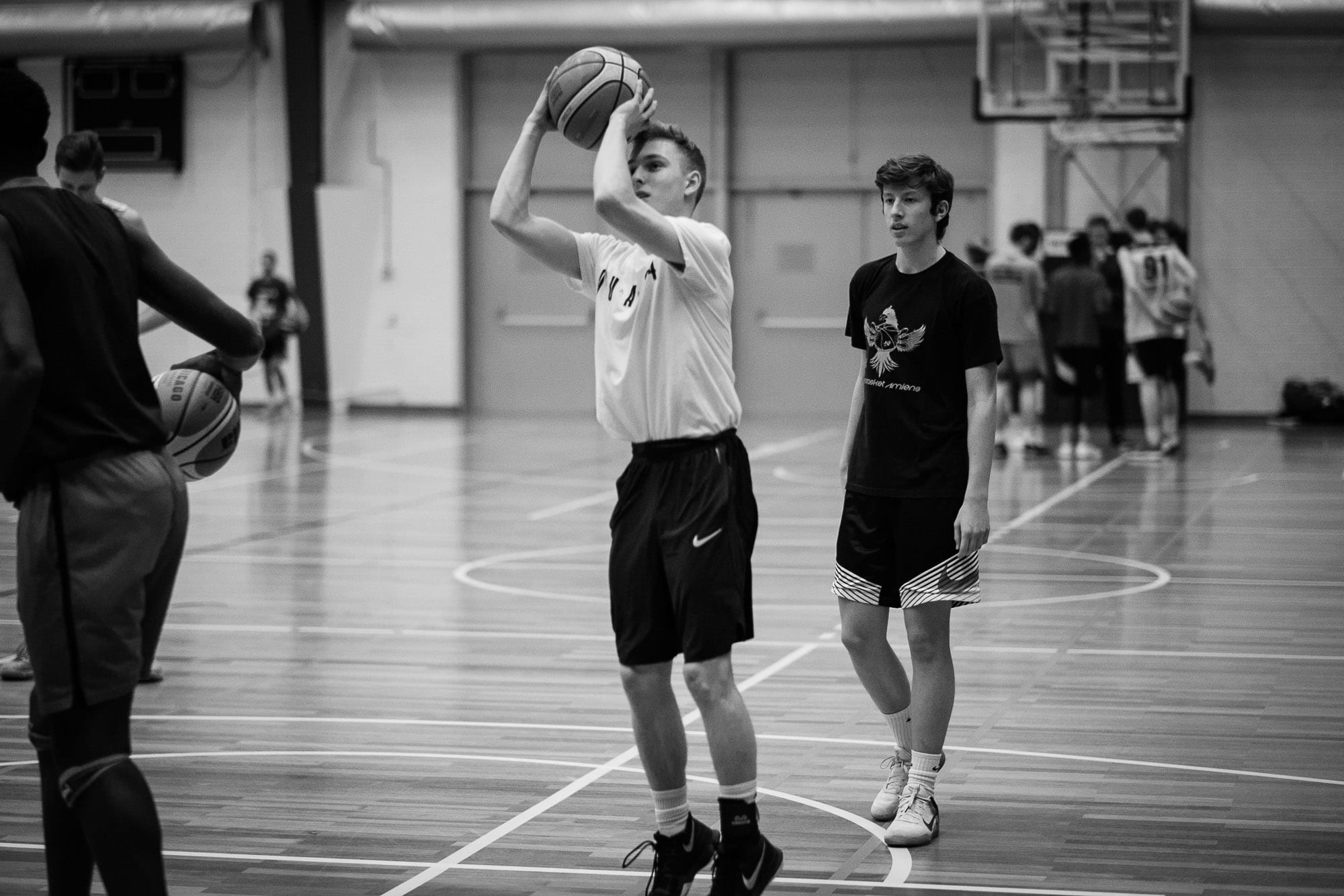 15. What mindset keeps you motivated?

My mindset is that there is always more; that keeps me hungry. This mindset tells me ‘River you ain’t done, there’s more to look out for, Go for it’.

16. What are your off season plans?

My offseason plan is to hit the gym. I need to be more in shape and get stronger. I also plan to start a program with All Day Athletes where I will be working on my skills as a guard.

My body needs to be more physical during the game. I will improve that just to be going to the gym more often. I also wanna get my pull up game stronger so I will be deadly off the pick and roll.

18. Who is going to win the championship in the NBA

I want the Celtics to win, but off course the Warriors are going to win again.

19. What is your favorite NBA team?

The Celtics are my favorite team and Kemba Walker is my favorite player, because how skilled he is.

My style is more street style with the sweatpants and brands like Nike and Adidas.

21. What are your favorite brands?

My favorite brands are Nike and Adidas for lifestyle and basketball, but I also like Fila, Daily Paper and Kappa. For shoes, I’m now mostly rocking Jordans, Nike air max and I have a pair of Yeezy’s I really love.

22. You were topscorer in the finals. What is your career high?

I’m not really the first scoring option on the team, I never was. I’m more a pass first guard that can score.  My career high is 38 in the under 14.

23. What is your ultimate dream?

My dream is to play basketball at Euroleague level so like in Italy or Spain.

24. What would you say to somebody who would like to play basketball?

Basketball is a beautiful sport. If you wanna be good at it you need to work. Hard work will really get you somewhere.