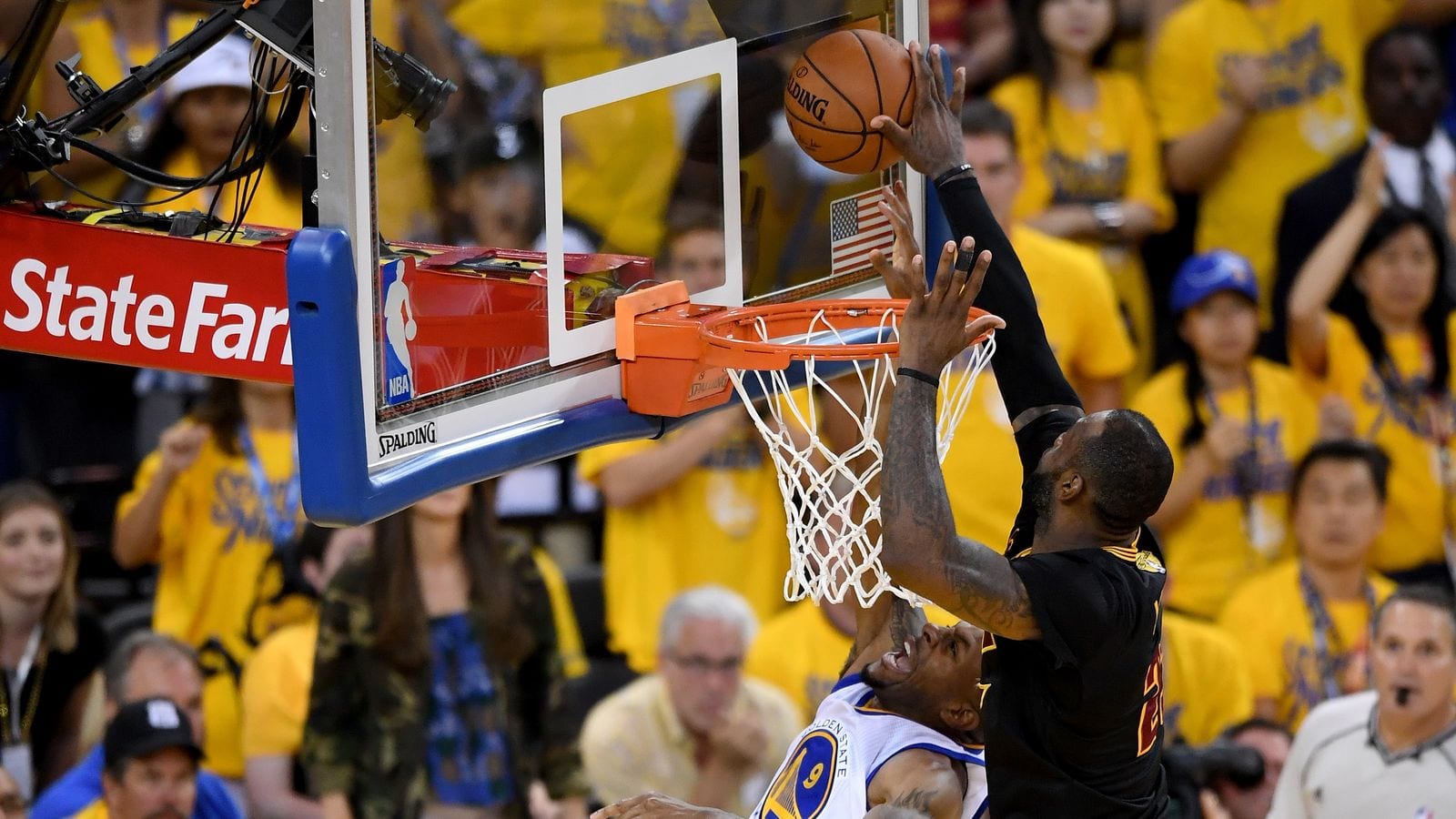 5 Standouts Under 23 in the World Cup Qualifiers (World)

This years’ Finals are the fourth consecutive Finals between the Golden State Warriors. In only a few years, the matchups between this team have grown into being the NBA’s newest rivalry. But, this is definitely not the first rivalry between teams, and it will definitely also not be the last.

Their rivalry only started in the 2014-2015 season, though the teams had been competing since the 1970’s. 2014 marked the year that LeBron returned to the Cavs after a four-year absence, while Golden State formed a great team under the guidance of rookie coach Steve Kerr. Up until now, the Warriors have won the series twice, and the Cavs once. The 2016 Finals were probably the most interesting so far, as the Warriors blew a 3-1 lead, while LeBron’s chase down block on Iguodala is probably still the most memorable moment from all matchups.To avoid another loss, GS signed Kevin Durant that off season, and he immediately helped the team to become more versatile and win the 2017 title.

There is one player who played for both teams in this Finals streak: Anderson Varejão, who played for the Cavaliers in 2015 and the Warriors in 2016. Furthermore, there are only a couple of players on each team that have been in all four Finals. LeBron James, Kevin Love, J.R. Smith, Tristan Thompson for the Cavs, and Steph Curry, Klay Thompson, Draymond Green, Andre Iguodala and Sean Livingston for the Warriors.

This rivalry started in the 90’s, when both teams met in the first round of the 1992 playoffs. At that time, the Spurs star player was David Robinson, but he was out with an injury, and the Spurs were swept. The following year, the Spurs wanted revenge when they met the Suns in the Western Conference Finals, but again the Suns, who had acquired Charles Barkley that season, prevailed. They met once more in the 1990’s and that time, the Spurs got their first win.

In the 2000’s the rivalry rose to a new level, and they met in the playoffs six different times. This time, the Spurs had Tim Duncan as their star player, and the Suns had Steve Nash. The 2007 Western Conference Semi-Finals was the most notable of all, and is even called the ‘Real Finals’ of that year. It was a very exciting series, as it was heated, there were ejections, suspensions and just great basketball

Between 1993 and 2000, the Pacers and Knicks had an ongoing rivalry, but the most notable members of this rivalry were not two players, but the Pacers’ Reggie Miller and Knicks fan, Spike Lee. Miller always performed well against the Knicks, and even earned the nickname ‘Knick Killer’, but also had a lot of interaction with Spike Lee, who always sat on the front row. In 1994, Reggie Miller had the best game of all and scored 49 points, while gesturing and interacting with Lee all game long.

It all started in the late 80’s, when Michael Jordan was on the top of his game, and the Pistons were beginning to become playoff contenders. In ’88 and ‘89, Jordan performed great in the series, but the rest of his team wasn’t good enough to compete, and the Pistons advanced. The following year was very promising for the Bulls, and they made some changes in the team to make sure they would be able to compete with Detroit. That season, Scottie Pippen was voted into the All-Star team for the first time, and the Bulls successfully implemented the triangle offense. But, it wasn’t enough for the Bulls, and they were beaten by Detroit once again.

The next year proved to be the Bulls’ year, and they finally beat Detroit by sweeping them. This was the beginning of the dominant Bulls era, but it was also the last time the two met in the playoffs.

This rivalry can be divided into two parts, a period in the 60’s and a period in the 80’s. The Celtics were dominating the NBA in the 1960s with their Celtics Dynasty, and the won all Finals between 1960 and 1970, except for 1967. The Lakers were their opponents in six of those Finals, but lost all matchups. The Lakers grew to be a dominating team in the 1970’s, but there wasn’t a Finals rematch between both teams

10 years later, the rivalry was renewed with the arrival of Larry Bird and Magic Johnson Though they only met in the Finals three times, in 1984, 1985 and 1987 during those years, the rivalry continued to be present as either the Lakers or the Celtics were in every Finals during that decade. The most notable moment was probably in 1982, when the Celtics were playing against the 76ers in the Eastern Conference Finals. The moment the Celtics’ fans knew their team couldn’t advance anymore, they started chanting ‘beat LA’ to the 76ers. Unfortunately for the Celtics, it didn’t help, and the Lakers still won the Finals.

5 Standouts Under 23 in the World Cup Qualifiers (World)