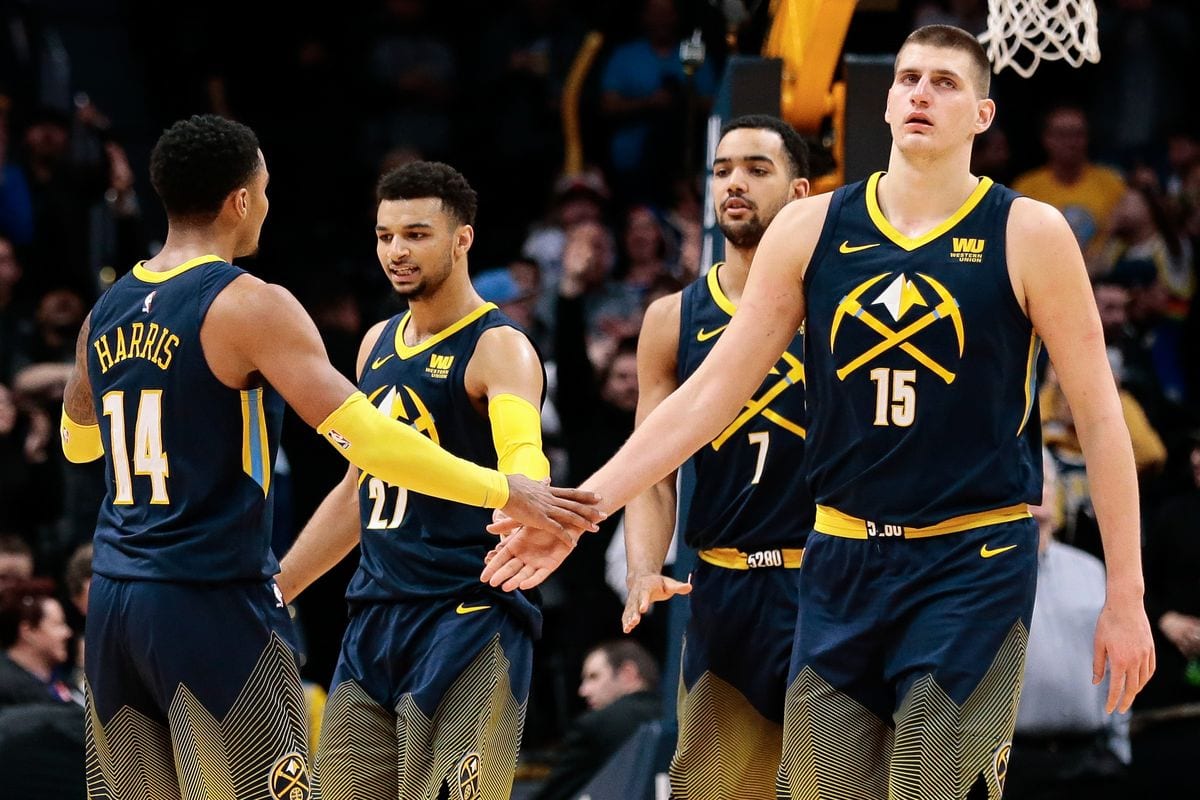 The season is almost half way, as the first teams are nearing their 41st game of the season. Of course, there’s still a long way to go until the postseason arrives, but some conclusions can already be drawn about who will or won’t make their way into the playoffs.

As of now, there are five teams that have absolutely no chance of still making the postseason this year. Four of these teams can be found in the Eastern Conference, the Cleveland Cavaliers, New York Knicks, Chicago Bulls and Atlanta Hawks, while there’s only one team that’s tanking in the Western Conference, the Phoenix Suns.

As the standings in the Eastern Conference are quite spread out, the situation for the bottom four teams doesn’t look that bad, as there’s only four games separating the Hawks (12th) and the Wizards (11th), but in the Western Conference it’s quite clear that the Suns are done for this season and hoping on a good lottery pick. As of now, there are 8 games behind the Pelicans, as the Suns have only racked up 9 wins so far. This will be the 9th season in a row that the Suns are not a playoff team, which is the longest drought in the team’s history.

Though it was all expected after LeBron James left for the Lakers, every Cavaliers fan hoped it wouldn’t go the same as last time, when the franchise collapsed after James went to the Heat. Unfortunately, this is the case, and the best thing to do for the Cavs is hope for the best, which in their case is a good lottery pick. At the beginning of the season, it was rumored that Kevin Love would be the first to be traded, as he’s too good, or not of a lot of use, for a team that is trying to get the highest possible pick in the trade. Now that it’s sure they won’t reach the post season, it’s only a matter of time before he’s trade. The only obstacle is that Love signed a contract extension back in July, and he only becomes available for a trade on January 24th, 15 days before the trade deadline. Therefore, the Cavs will have to speed up the trade discussion at that point. The Bulls and Hawks are in a similar situation, as the 2019 playoffs are unreachable, and the only rumors that can be heard, are about possible trades.

The Knicks already had given up this season before it began, as they’ve put all trust in the new cornerstone of their franchise, Kristaps Porzingis. He’s still recovering from an ACL injury, and the Knicks definitely won’t rush him to return to action, as he’s their light in the darkness. The New Yorkers have already taken most of Enes Kanter’s minutes and given them to the young players on the roster, which is definitely another sign that this season is a done deal.

Teams that will make the playoffs

In the Eastern Conference, five teams, the Bucks, Raptors, Pacers, 76ers and Celtics stand out from the rest, and if nothing goes terribly wrong, they’ll all easily make it to the playoffs. The Celtics are currently in the 5th place, but though their position for the playoffs is quite safe, they won’t become the 1th or 2nd team in the East this year. Right now, they’re closer to the 6th place than the 1th place Bucks. Of course, the Raptors can be found in the top of the Eastern Conference as well, but contrary to the last few years, with Kawhi Leonard on their roster, they can actually be a contender.

If those teams will definitely take a playoff spot, that means that they’re only three more spots left. For now, the most likely candidates to fill the remaining spots would be the Hornets, Pistons and the Heat. If the Hornets and Pistons manage to keep it up, it would be both their first playoff appearance since 2016. It’s definitely not a done deal on their part, as the Brooklyn Nets and the Orlando Magic are not far behind them. In the second half of the season, one of these teams will probably disappear from the playoff race, while the other teams have to work hard to try to distance themselves from the others for a confirmed 6th spot. There’s a small chance that any of them will catch up to the top five, but the 6th is within reach.

In the Western Conference, only the Suns are out of the playoffs, and the difference between the 1st and 14th team are only 7 wins. For now, there are only three teams that are sure to make it to the postseason: the Denver Nuggets, Golden State Warriors and the Oklahoma City Thunder. As of now, they have a winning percentage of 65%. Of course, nothing is absolutely certain, and they could always fall to the bottom of the standings before the playoffs arrive, but that isn’t very likely.

This means that there are still five spots up for grabs. Right now, those teams would be the Rockets, Trail Blazers, Clippers, Spurs and Lakers, but the Western Conference standings are too close to call. The Kings, Grizzlies, Mavericks, Jazz, Timberwolves and Pelicans are all just a couple of games behind the 4th-8th place.

If the Phoenix Suns are very unlucky, they might even become the team with the longest active playoff drought after this season, as the Sacramento Kings are definitely on their way up. The Kings haven’t made a playoff appearance since 2006, a current 12-year drought, but they’re actually looking like a decent team this year. The Kings are now in the 9th place in the Western Conference, and they’re just a couple of games behind the 5th, 6th, 7th, and 8th teams, the Blazers, Clippers, Spurs and Lakers. The Kings have a bit of an advantage over the other teams, as no one really expects them to reach the playoffs, and they’ve proven to be great in the fourth quarter. With their talented core, the Kings might actually have the chance to get there.