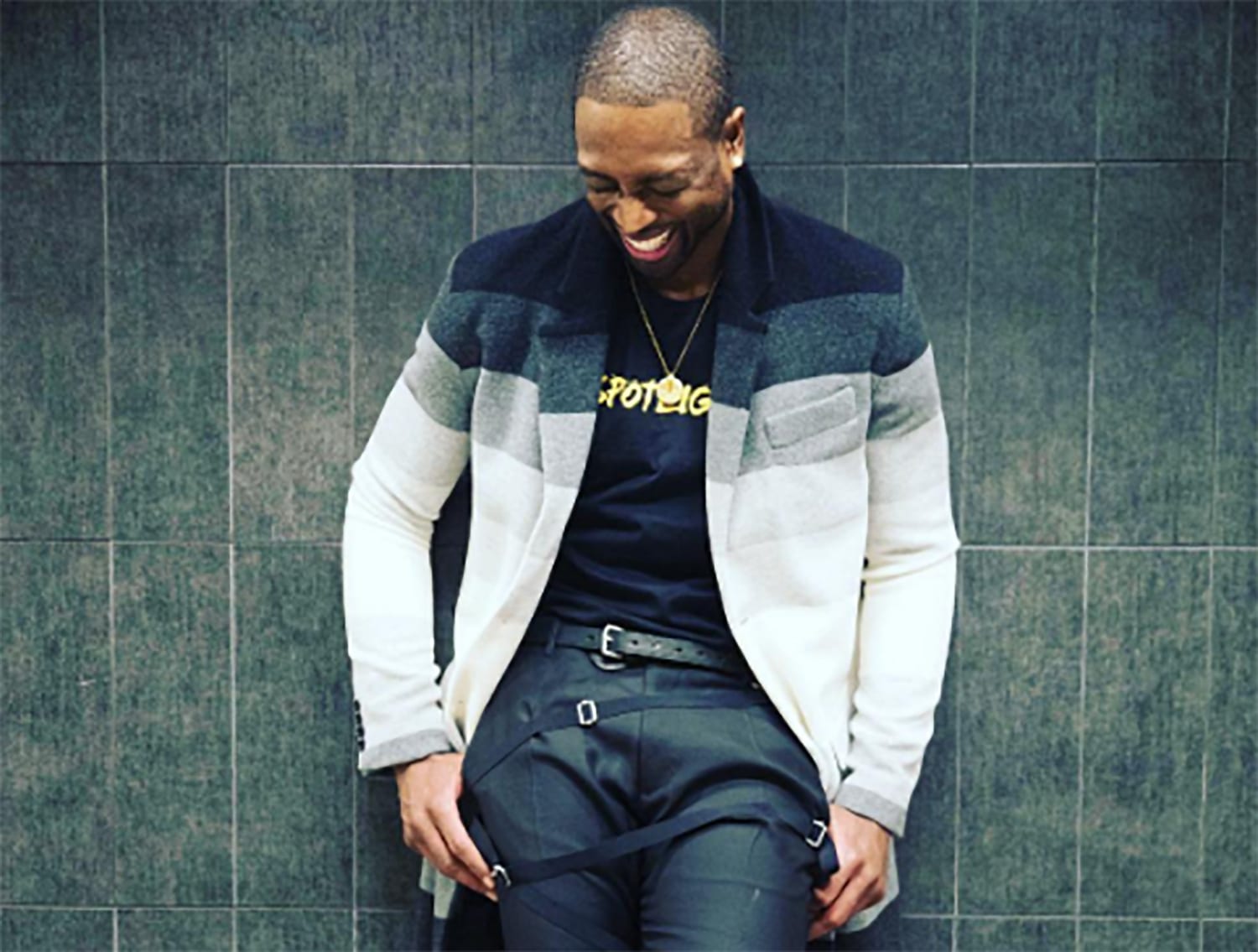 The star athletes of the NBA are known for their amazing fashion sense as well as for their basketball skills. Cleveland’s Dwayne Wade is no exception. Whether he is keeping it casual or suiting up, the Flash always looks on point. 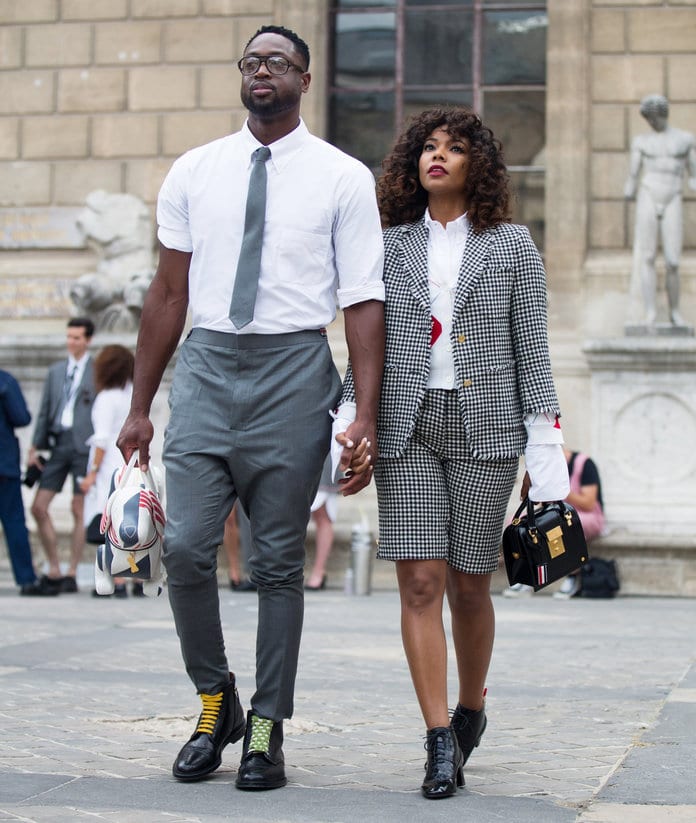 Dwayne and his wife, celebrity actress, Gabrielle Union are famous for their fabulous, coordinating looks. Last summer, while attending men’s fashion week, they rocked a preppy, white and grey look. Dwayne added a personal touch to his outfit by pimping up his shoes with mix-matching shoelaces.

2. Blue is the new black 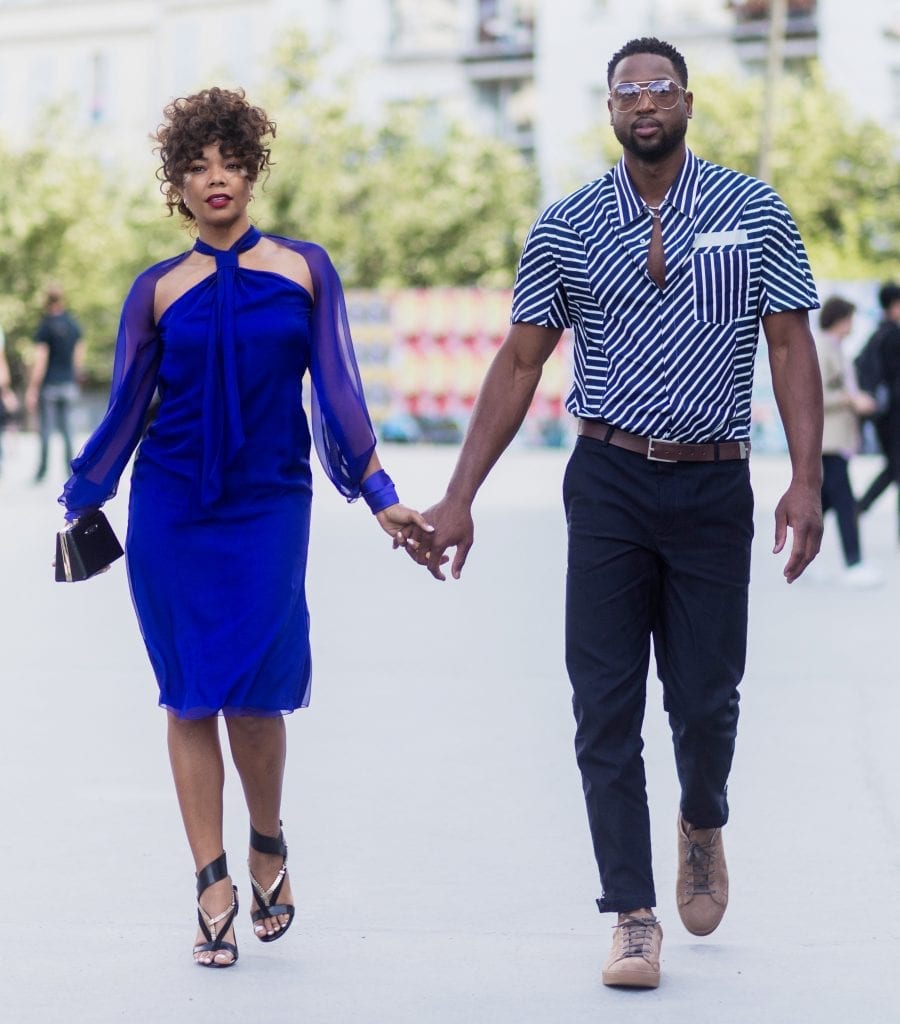 On day two of Paris Fashion Week, the power couple went for another matching look. Wade went for a casually chic, tailored outfit in which he perfectly mixed different shades of blue to match his skin-tone and different textures, from his leather belt to his suede sneakers. 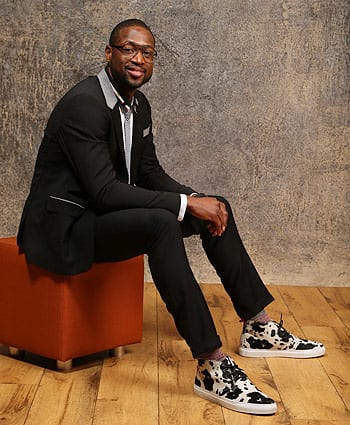 During the NBA All-Star Weekend, Dwayne decided to suit up, but whenever he suits up, Dwayne is known to add a little something extra to his look. In this case, a pair of cow printed sneakers. While posing for sports illustrated, Wade stated that there were no cow’s harmed for the creation of his shoe. Aren’t the made out of leather though?

Even when taking a stroll with his lovely wife, Dwayne still brings his A-game when it comes to his style. For this look, he went with a pair of hound’s-tooth printed trousers and a comfy white jumper, finished off with a pair of white high-top sneakers. Can we also take a moment to appreciate how well he suits wearing a hat? Fashion brand J.W Anderson has been everywhere lately, which didn’t go unnoticed by the 6.4 feet shooting guard. This look has quite a few interesting details, like the buckled straps around his trousers, vinyl boots, and gold necklace, but what mostly stands out is the ombre effect, single-breasted Degrade J.W Anderson coat, which is such a classic statement piece for the fall-winter season and Wade surely looks good in it.

One on One with Daily Paper’s Elvis Osawe