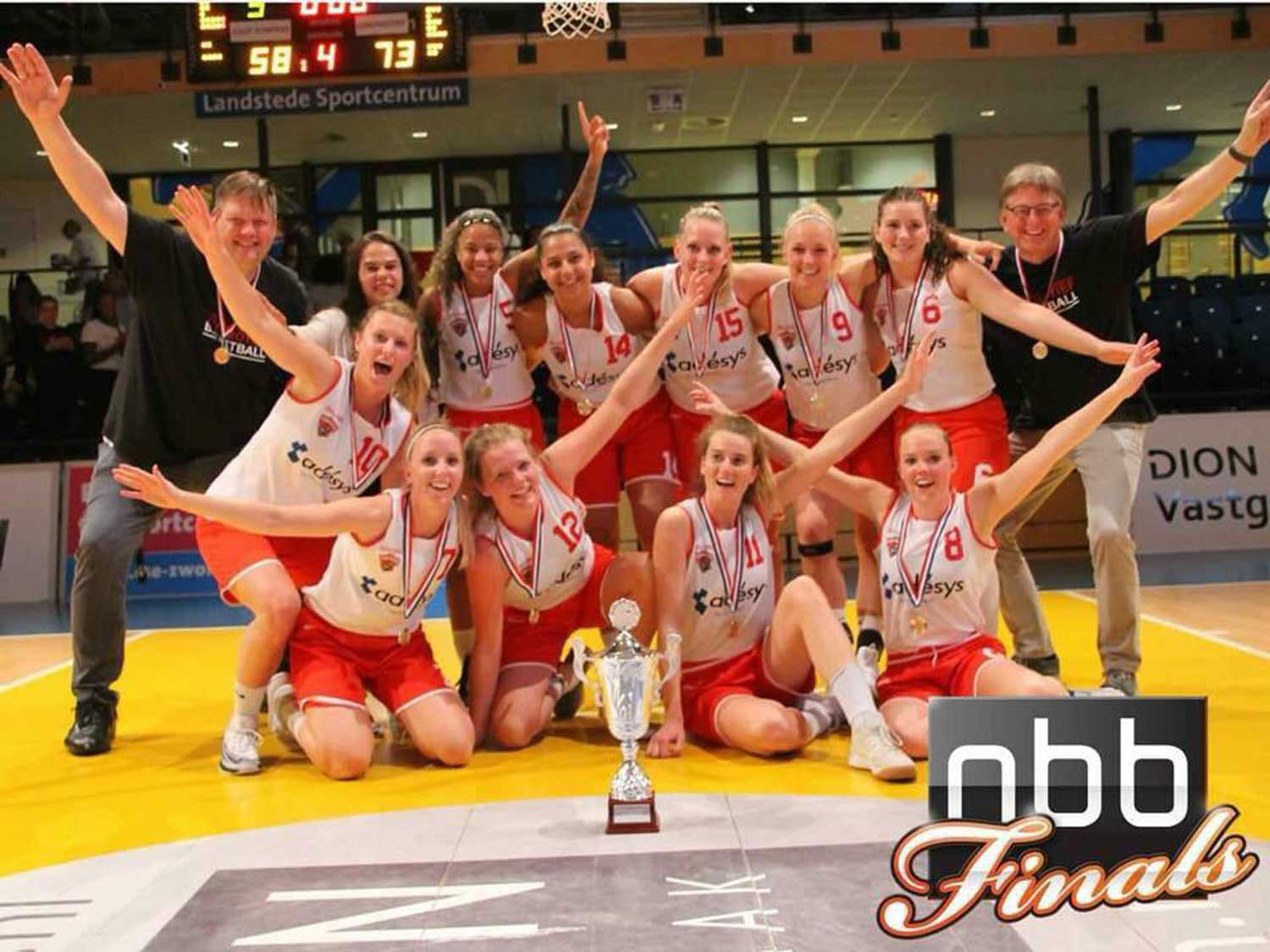 There are many big basketball organizations that never played at the highest league of the Netherlands. However, that doesn’t make them less important or special. Besides, Rijswijk is a basketball club that was founded almost 50 years ago. Now get on board on the Lokomotief train, and explore many special moments and stories as the ride goes on! Ian van Loon, secretary of Lokomotief Rijswijk, will be your guide during this tour!

Right here we will arrive at the first train station: Lokomotief’s history. On the 1st of April 1971, a basketball club named Rijswijkse Ontspannings- en Sportvereniging (ROS) was founded. Franklin Dikmoet, who is also part of the Wall of Fame, was the initiator with a couple of his school students. “At first, there was no appropriate accommodation to find,” according to Van Loon. “That’s why we played our home games at the Steenwijklaan in Den Haag. We also had another problem, because at first the only members we had were school students. We managed to solve that problem by merging with a basketball club in Den Haag, called Forcial. ROS changed her name into ROS/Forcial, and became a more steady organization. In the meantime, we moved to where we came from: Rijswijk. The Marimbahal became our home base for a while.”

For several years, ROS/Forcial played at the Marimbahal. In 1978 they moved to the place where this club has played their home games for more than 40 years now: the Van Zweedenzaal. Van Loon explains as the train goes on: “The Van Zweedenzaal is for the inhabitants of Rijswijk a very famous accommodation. We managed to have an own canteen within our club. As a couple of years passed by, we thought of a brand new name. During our meeting at the beginning of season 1980/1981, we choose Lokomotief as our new name. We also changed our dress code. Instead of playing in our black and yellow shirts, we chose to play in a white jersey and red shorts.

With all those changes, a lot of special moments and successes were waiting for us. Right now, we have about 220 members at Lokomotief and 20 different teams. Our highest men and women had an outstanding season last year. Both of them won the championship at the second highest league of the Netherlands, the Promotiedivisie.”

The Van Zweedenzaal has had a big impact to everyone who loves basketball in Rijswijk. Everyone is very loyal to this accommodation. “I am very grateful for having all of our volunteers, whom for instance open our canteen every week,” as Van Loon goes on. “Solidarity is one of the most important components within basketball. Those volunteers are helping us with that. It’s just not only the canteen that makes the Lokomotief awesome, it’s also our volunteers who put in so much time and energy for our club. In our canteen, we have a fantastic bar, which is important to create more solidarity. Combine that with a menu that varies every week, different kinds of music and a lot of other non-basketball activities, and you will have an amazing time here.

Furthermore, the Van Zweedenzaal is a pretty small location. One of the benefits about that is that we can create a big and great atmosphere, because of the fact that supporters sit next to the court.  You can also sit back and relax outside of the Van Zweedenzaal. I can recommend that to everyone, especially during the summer. I am really proud of all of the activities we can offer to our members!”

As Van Loon said earlier, all of their volunteers have a big passion of basketball. Without them, there would be no Lokomotief. That makes our basketball club very special. However, there were difficult times for Lokomotief during the 90’s. “Our highest men team was playing at the Promotiedivisie competition during the first years of the 90’s. But that vanished pretty quickly in the upcoming years. It became even more difficult when we only had six teams left. Only three of them were our youths; a big difference with our current situation!

Fortunately, we rose all the way up. We had a young and enthusiastic board of leaders. They organized many kinds of parties in our canteen. Furthermore, we started working together with BV Leiderdorp, so that our young female members could play at the highest level possible. All our problems became less every year.”

Many championships and other special performances

After the dark times, the train goes further through many beautiful moments. Around 2007, the first titles became a fact. “It’s quite difficult to talk about a single reason for us to become a strong and steady club. First of all, we had a lot of coaches and trainers who had a lot of knowledge about basketball, like Hylke van der Zweep (who’s coaching in Germany at the moment). Second of all, we had fantastic players who could reach the top. For instance, The Netherlands can still enjoy all the skills Zera Butter has, who started playing basketball at our club.” 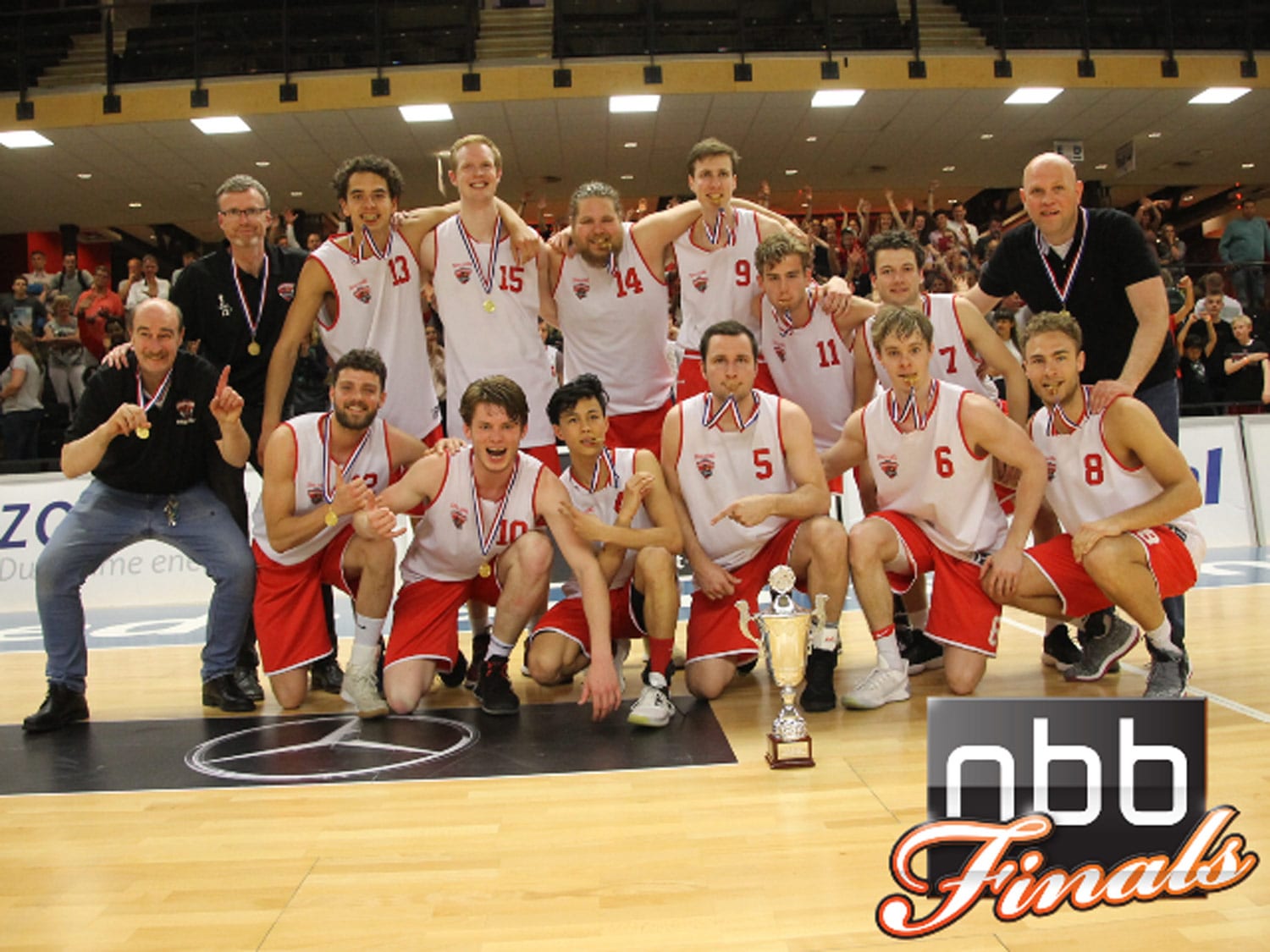 What does Lokomotief stand for? Different stations about her mission and vision will show you the answer. “Lokomotief Rijswijk means training within our style, with discipline and showing respect. Training a lot of players is our exhibition, playing on the highest level that our players can reach. We see basketball not only as a sport, it’s a way of life.”

That sounds great, but how is Lokomotief able to retain those kinds of qualities? “Every volunteer of Lokomotief is standing on the shoulders of giants. In other words, every new volunteer must follow the instructions that he’s given by volunteers with lots of experience. Our current coaches have been apprenticed to great coaches, and that process will continue from generation to generation.”

It is not only playing competition at Lokomotief. They have a special team that organizes many different tournaments, our tournament committee. “We have our Runners Up tournament, which is organized every weekend during Easter. On Maundy Thursday we organize a jass play tournament for our older members. On Good Friday we have a clinic for all of our youth members and we also organize a bingo and poker tournament. During the weekend, we have different basketball tournaments during the day, and a party at night.

Every year we also travel with a couple of our teams to the Limfjords Cup in Denmark. This tournament takes place every 27 till 30 December. To begin a brand new year, we organize an Oliebollentoernooi. And last but not least, our committee organizes a Lokokamp every year. Those are the kinds of tournaments we organize at Lokomotief every year.”

Basketball players who made progression

The next stop refers to the wall of fame. In the last few years, Lokomotief had players who are playing at the highest league of the Netherlands at the moment, and even outside of the Netherlands. “As a club, we love to see how our players develop theirselves. For example, you could see that Keye van der Vuurst-de Vries was already a big talented player when he was young. We are not only proud that he made it to Filou Oostende, but also made it to the national team, at the age of 16!

With decided to create a hall of fame in our canteen, which includes our past championships and players that played for our senior national team.

Lokomotief is doing great at the Promodivisie competition. Their highest mens team is still undefeated in the Promotiedivisie. Last year was an amazing season for both men and women teams. “In the 2015-2016 season our highest mens team became the champion of the Eerste Divisie by winning against BV Groningen. In next season we were playing in the Promotiedivisie, where we qualified ourselves for the playoffs. We played unforgettable games against Landslake Lions, but unfortunately weren’t able to win against them. Last year we played a great finals game against Grasshoppers, and won the championship of 2017-2018.
Last year, our highest female team played in the Finals against Jolly Jumpers. During the last 5 minutes we made the necessary difference. By winning with 73-58 we won the championship of 2017-2018, having 2 champions in the Promotiedivisie!”

From different stops of the past, we stop to take a look at the future of Lokomotief. The club wants to have a bigger accommodation. That means that they will no longer be at the Van Zweedenzaal. “Those kinds of decisions are always risky,” van Loon says. “Our priority is: 1. Having an own canteen; 2. Having an own canteen; and 3. Having an own canteen. Playing as a family and winning goes hand in hand. That is very important for us. Besides, we see many opportunities by having a brand new accommodation. The Van Zweedenzaal doesn’t have much space. We need to find more different locations to practice with many teams. It is also a problem when we have overtime, because it will change the whole schedule we have. In our new location we will have two basketball courts. Not to mention, our new location is very close to the Van Zweedenzaal.”

And so the train stops at the present again. This tour had very much to say about basketball in Rijswijk. It has a long history with a couple of changes. We would like to thank you for choosing the train tour of Lokomotief.