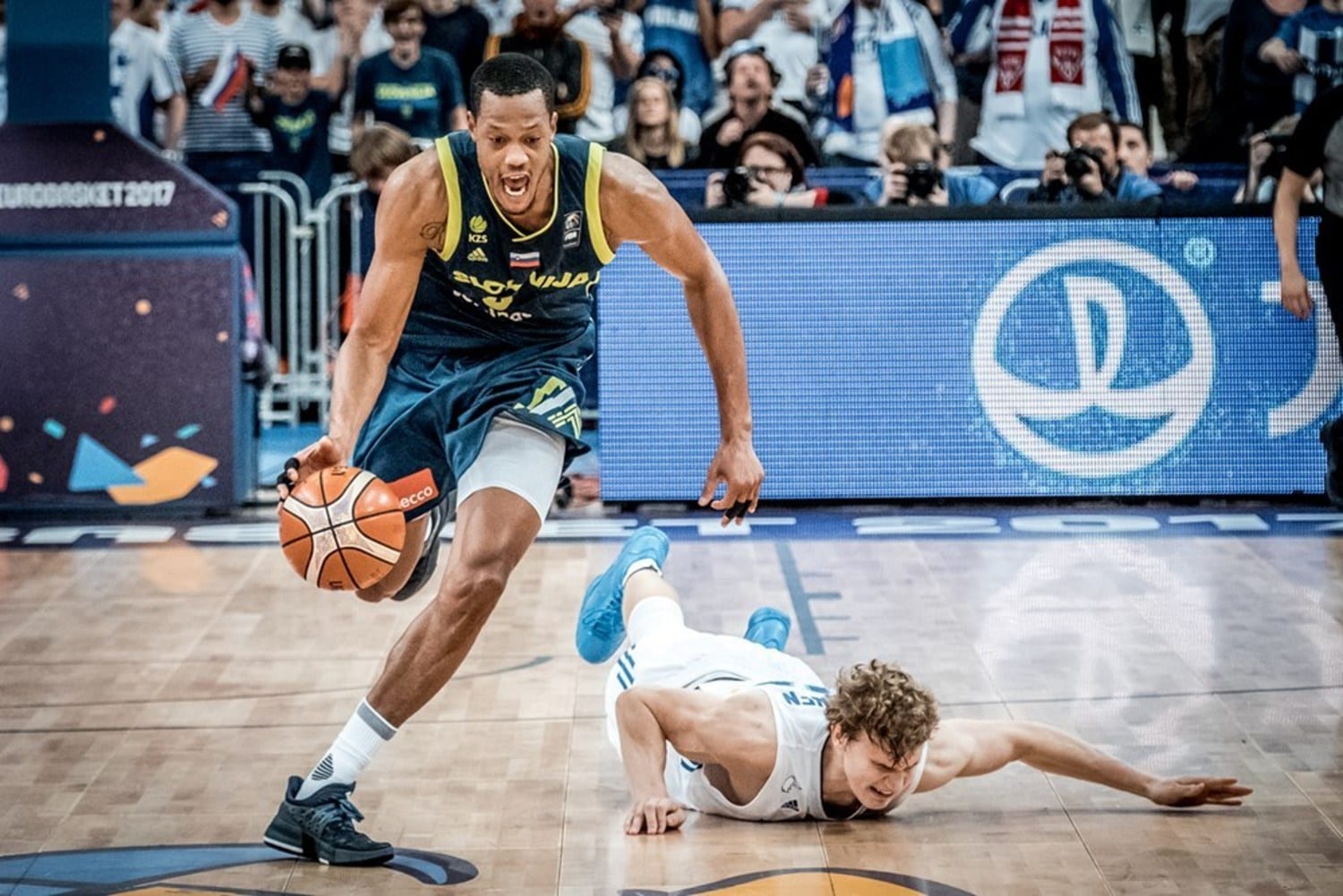 Finland-Slovenia was a close game. With only a few seconds on the clock, Slovenia was up by one point, 79-78, and Finnish star Lauri Markkanen had the ball in his hands. A score by Markkanen would decide the game in favor of Finland. At that moment, Slovenian inside player Anthony Randolph stole the ball, drove the length of the court and dunked, 81-78. Game over. Former American Randolph (14th pick in the draft of 2008 by Golden State) and now Slovenian citizen had proven his worth for the national team of Slovenia.

The idea to naturalize Randolph came up during last year’s qualifiers when the coach and the Basketball Federation of Slovenia noticed they had a good team, but that they lacked inside strength. So they tried to ‘solve’ that problem by adding a naturalized player. Radoslav Nesterovic (former NBA player with San Antonio and Minnesota), now secretary general of the Federation: ’We realized we had no real player at the positions 4 and 5….a few solutions were being considered, but Randolph was our selection number one from the very beginning.’ It’s no surprise Randolph was their first option as he was a teammate of Slovenian wonderboy Luka Doncic at Real Madrid last season.

And Randolph indeed was a good addition. After two games at Eurobasket, Slovenia is the only unbeaten team in Group A.A request was made by the Federation to naturalize Randolph but unfortunately in May still no decision was made by government when a few problems came up, as Randolph never played in Slovenia or had lived there. That’s when Nesterovic, a respected executive, stepped in. He asked for a change on the law for naturalized citizens in Slovenian parliament, to speed up the process. That helped. A few weeks later, June 22, Matej Erjavec, President of the Slovenian Basketball Federation, declared the national team had a new member and appreciated parliament had adjusted the law. ‘We thank the Government of the Republic of Slovenia which enabled Randolph to play in the Slovenian jersey.’