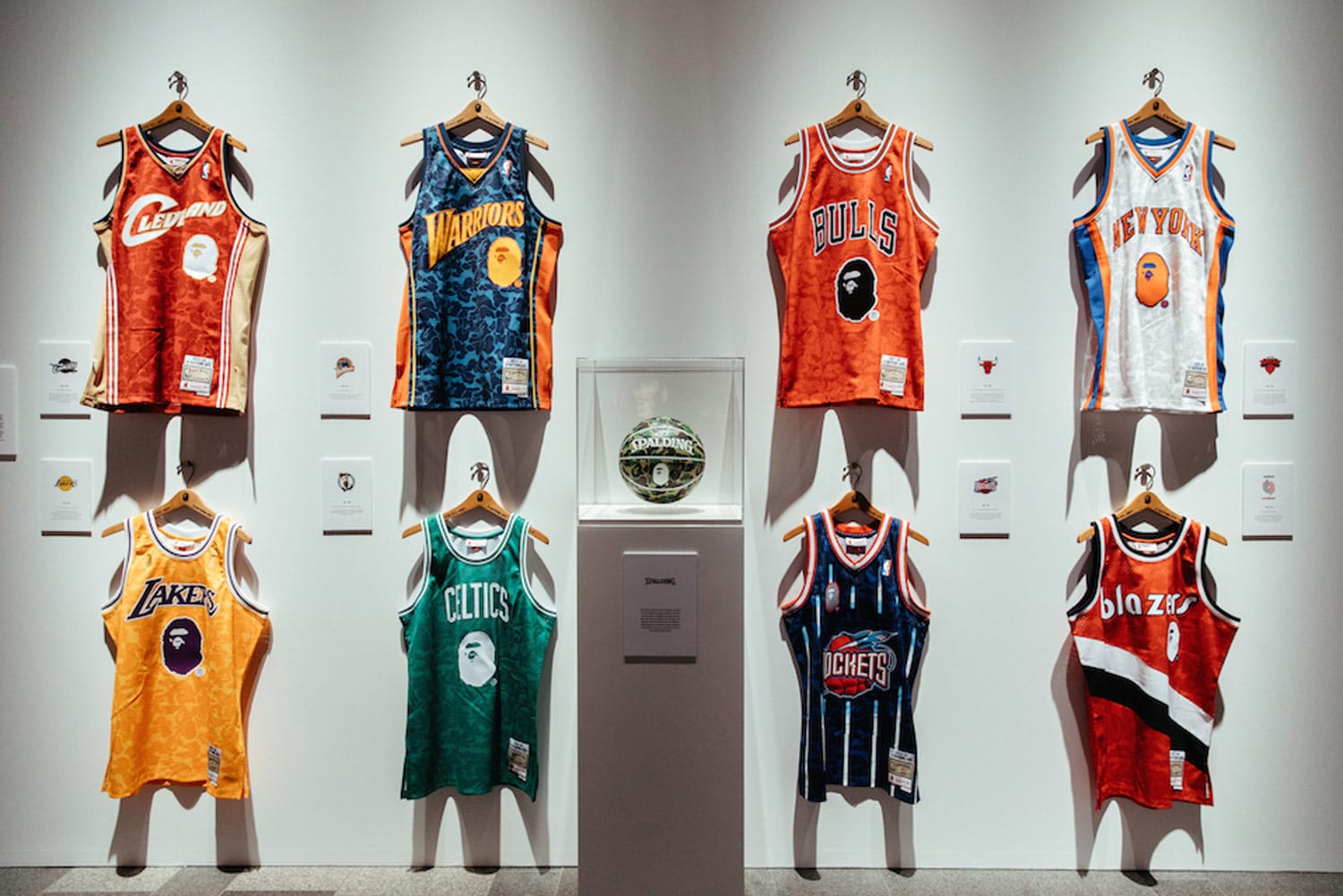 BAPE is celebrating its 25th anniversary with cool collaborations like Adidas, Ugg and Formula 1. If you ask us the most outstanding one is their partnership with the NBA.

BAPE organized a special exhibition this weekend in Tokyo, where they showed the Jersey capsule born from this collaboration between NBA and BAPE. Each jersey contains BAPE’s signature 1st camo motif, and The Ape Head logo prominently on front, because BAPE is not BAPE without its Ape Head logo or 1st camo motif. Featuring teams like the Golden State Warriors, Los Angeles Lakers, New York Knicks, Boston Celtics and more. Besides Jerseys, they also developed a limited-edition Spalding basketball, covered with the signature green camouflage pattern and a white The Ape Head logo. 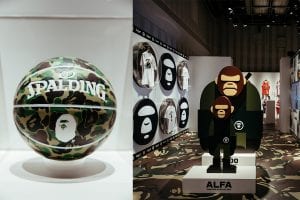