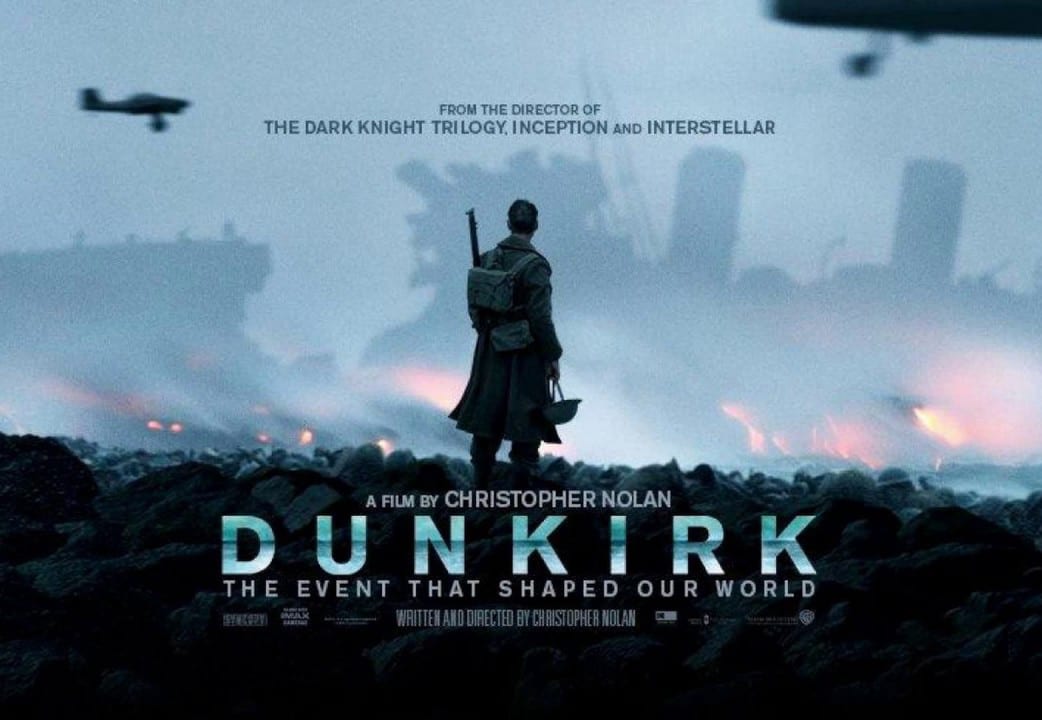 2017 was good year for a film aficionado, especially if you love blockbuster movies. It was an action packed year with lots of great movies. Check out We Are Basket’s top 10 movies of 2017 list;

IT the film is based on the IT novel written by Stephen King. The film is the latest reboot by Warner Bros. and the most successful one. The film broke the record for highest grossing horror film in the United States. IT is directed by Andy Muschietti and stars Jaeden Lieberher as Bill Denbrough, Jeremy Ray Taylor as Ben Hanscom, Sophia Lillis as Beverly Marsh, Finn Wolfhard as Richie Tozier, Chosen Jacobs as Mike Hanlon, Jack Dylan Grazer as Eddie Kaspbrak, Wyatt Oleff as Stanley Uris and Bill Skarsgård as Pennywise.

In a town called Derry, strange things are happening. Children are disappearing one by one, leaving bloody remains behind. A group of 7 bullied children form a friendship and band together against a shapeshifting monster, most known for appearing as Pennywise the clown.

Wonder Woman is the first DC Extended Universe film that has been received well by fans and critics alike. The film deserved all the praise, it did everything right that the other films of the franchise did wrong. In the midst of the comic book fandom, Wonder Woman is the first female led superhero film. Wonder Woman is directed by Patty Jenkins and stars Gal Gadot as Wonder Woman, Chris Pine as Steve Trevor, Robin Wright as Antiope and Danny Huston as Ludendorff. Wonder Woman is an origin film and gives us the backstory of why Diana (Wonder Woman), was so discouraged by humanity and their hunger for war. Wonder Woman shows us why Diana was so hesitant to pick up her mantle as a heroine in Batman v Superman: Dawn Of Justice.

Diana an Amazonian warrior doesn’t feel at place with the other Amazonians at Themyscira, she wants to explore the world. When Steve, a pilot, crashes in Themyscira she finds her chance to discover the world. Wonder Woman, Steve and more team up to fight against the God of War; Ares.

Spider-Man homecoming is the latest reboot of a Spider-Man film by Sony, but this time things changed for the better. In 2015 Sony and Disney’s Marvel Studios announced that they made deal concerning Spider-Man. Spider-Man was announced to be a part of the MCU starting with the Captain America: Civil War film. Marvel Studios would be making the creative decisions concerning Spider-Man, and Sony would still be the studio with the distribution rights and the only studio making profits of standalone Spider-Man movies.
The film is directed by Jon Watts and stars Tom Holland in the role of Peter Parker, Robert Downey Jr. as Tony Stark, Marissa Tomei as Aunt May and Micheal Keaton as the Vulture.

Peter Parker is back in high school and has been spider-man for a while now. After the events of Captain America: Civil War, Peter Parker has to combine his life as a student with his live as Spider-Man. Peter gets to keep the suit he got from Tony Stark and gets mentored by him in the hope of becoming an Avenger. Peter soon learns that combining two very different lifestyles isn’t as easy as he first thought. He has a falling out with Tony Stark and has to give back his suit after a hero attempt went wrong. Now with a homemade suit Spidey has to battle his biggest foe so far all on his own, will he succeed?

Coco is about an aspiring musician, Miguel, who is challenged by his family’s ancestral ban on music. Miguel ends up in the land of the dead and meets a new friend named Hector, who is a charming conman. Miguel and Hector find Miguel’s great-great-grandfather, a legendary singer, in the land of the death.

Baby Driver is one of the best heist movies of the last few years. The film is about a crew that is forced to work together for a crime boss. Baby Driver is centered around a young getaway driver, Baby, taking part of a heist that looks doomed to fail.

Star Wars: The Last Jedi is part 7 in the Skywalker saga.
The film is directed by Rian Johnson, who has been given reign over a new non Skywalker trilogy by Walt Disney Studios. The Last Jedi stars Daisy Ridley, John Boyega, Adam Driver, Mark Hamill and the late Carrie Fisher.

Star Wars: The Last Jedi picks up where Star Wars: The Force Awakens ended. Rey has finally found Luke Skywalker and improves herself as a Jedi. Luke Skywalker gets frightened by the strength of Rey’s powers and her potential. The resistance plans to attack the first order to end them for once and for all.

Thor : Ragnarok is  the latest film of the Thor trilogy and the latest installment in the marvel cinematic universe, film number 17. Ragnarok is starring Chris Hemsworth as Thor, Tom Hiddleston as Loki, Mark Ruffalo as Hulk, Tessa Thompson as Valkyrie, Jeff Goldblum as The Grandmaster and Cate Blanchett as Hela. The film is directed by Taika Waititti, for whom it’s the first big budget film.

Thor takes place after the events of Avengers: Age of Ultron. Thor scared by the visions he had of Ragnarok is back in Asgard to make sure Ragnarok doesn’t happen. Thor gets imprisoned by the Grandmaster and has to fight in a Gladiator battle against Hulk. Thor and Hulk soon team up to fight Hela, the biggest threat Asgard has ever faced. Thor: Ragnarok is a fun road-trip film in space, packed with action.

Logan is inspired by the graphic novel, ‘Old Man Logan’. The film is set in the year 2029
The mutant race is close to extinction, Logan is taking care of an old ailing Professor X.
Logan and Xavier are trying to live their live calm and quiet, and are succeeding, until they meet X-23 and shit hits the fan.

Get out is Jordan Peele’s directorial debut. Peele more known for his comedic roles as an actor, wrote and directed ‘Get Out’. The movie was one of the biggest box office surprises of the year. With a budget of only 5 million dollars it raised over 254 million dollars worldwide.

Get out is a horror film, with a touch of social comedy. The film is about a young African American meeting his white girlfriend’s parents for the first time on a family gathering. The film soon takes a dark turn and the friendly ambience switches in to a horror film.

The critically acclaimed director, Christopher Nolan, blessed the general audience once again this year with pure cinema in his latest film, Dunkirk.

Dunkirk depicts the 1940 evacuation of the British soldiers from Dunkirk, the French beaches. the allied forces are doing everything they can to retreat and save as many soldiers as they can, while the German forces of Hitler are closing in, to eradicate the allied forces by land, sea and air. The movie uses the trope ‘’show, don’t tell’’ quite well. Instead of relying on dialogue the movie uses it visuals and music to the fullest.