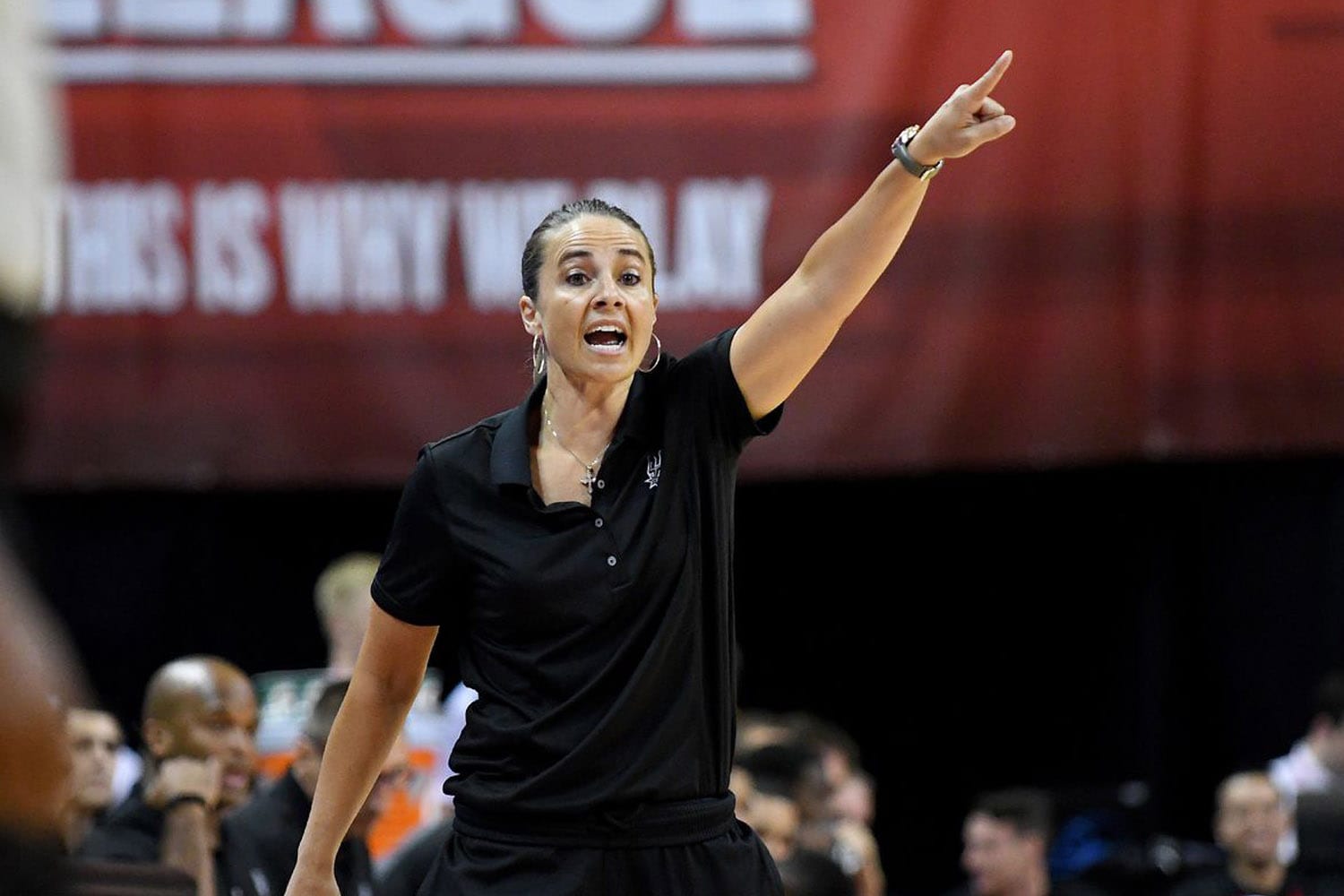 Stores to visit when you are in Beijing

In 1,5 weeks, it is time for yet another season of the NBA. Some teams are still on tour abroad; others are just playing domestically. But, all teams are testing out new players and preparing themselves as good as possible for the upcoming season.  Still, one of yesterday’s pre-season games, the Spurs against the Nuggets, was a bit different than the rest. Assistant-coach Becky Hammon took over the coaching duties from Gregg Popovich.

Hammon played in the WNBA herself from 1999 until 2014 and during that time she had voiced regularly that she had aspiration to become a coach after her active career. In 2013, near the end of her career, she had a serious injury to her knee, and therefore she had to rehabilitate for about a year. During that time, she frequented Spurs’ practices and coaches’ meetings, as she was playing for the San Antonio Stars herself. On August 5th 2014, Becky Hammon became the first full-time salaried female coach in the NBA, as she was hired as an assistant-coach for the Spurs.

Maybe, if Popovich has to miss a game in the regular season this year, Hammon will get the chance to achieve another milestone in her coaching career.

Marbury: from NBA player to idol in China

Stores to visit when you are in Beijing