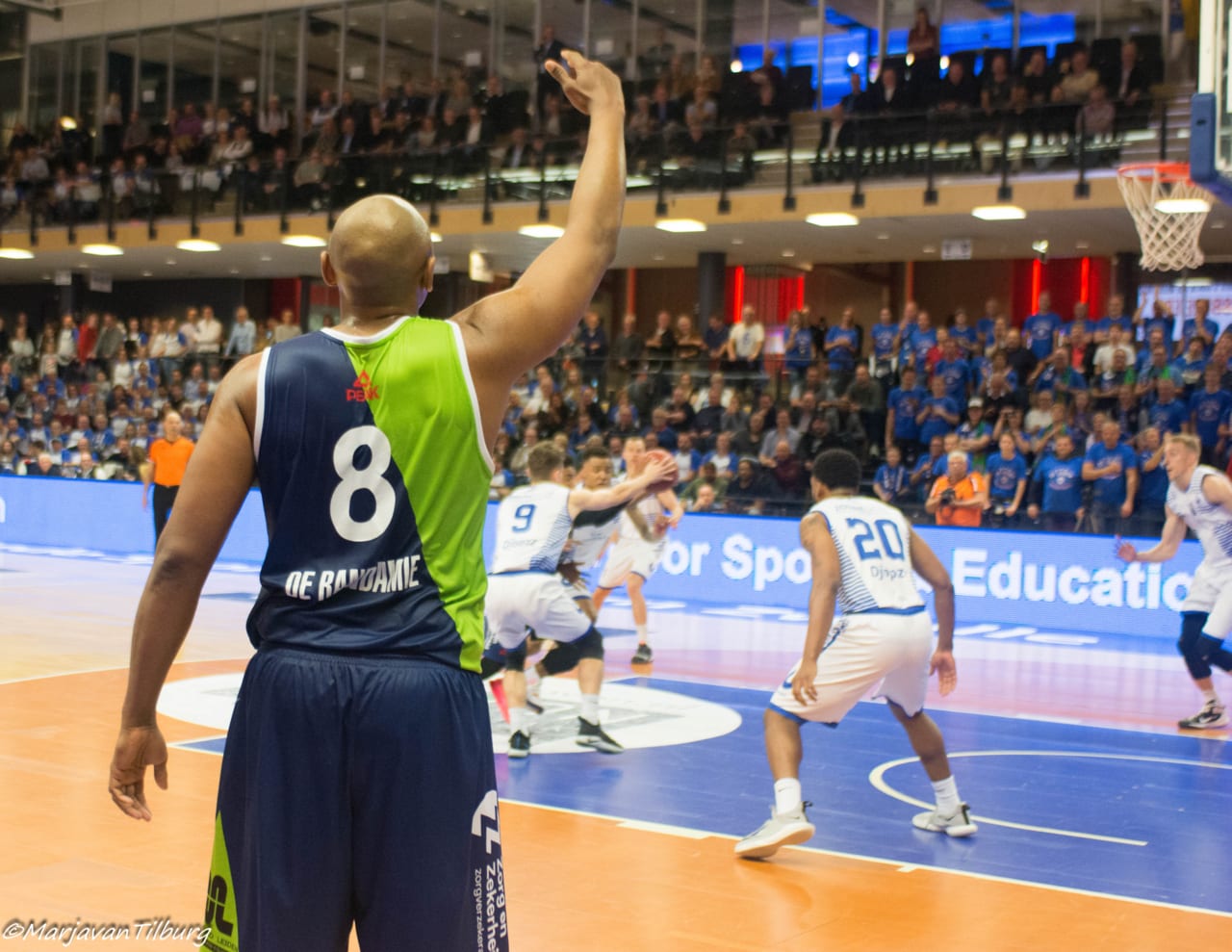 Here are some of the players in the DBL, that might go under-the-radar, but all definitely deserve their moment in the spotlights. These players might have had some standout games, or had great stories on and off the court.

De Randamie knows when it’s important to step up your game, and he proved that this weekend in the Final of the Dutch Cup against Landstede. Leiden’s other big man, Kenneth Simms, had a momentary lapse of judgement in the game, when he elbowed one of the opponents, and got a disqualifying foul.

This made Leiden’s rotation even smaller than it already was, and also meant De Randamie’s role in the game grew instantly. It was already his fifth appearance in a Dutch Cup Final, but so far he hadn’t managed to take the cup home, and he wasn’t about to let that happen again. So, De Randamie did what he could do best, and hit a couple of threes to give his team the lead. Later in the game, he hit another three, and two free-throws, to make sure his team would walk away with the win.

Kajami-Keane joined the Landstede team this season, and immediately made an impact for them. This was not unexpected, as the guard already had some experience in the G-League for the Raptors 905.

Besides making a difference for Landstede, Kajami-Keane is also a part of the Canadian National team that has qualified for the World Cup this summer. It had been a long time since the senior team was able to compete in such an event, and Kajami-Keane played a huge part in getting them there. Now, he’ll have to wait if he gets the chance to play the same role during the World Cup, or that a Canadian NBA player will take his place.

This will be Mast’s last season (at least for a while) with Groningen, as he has committed to Bradley University in the United States. He started as a young talent on the team, and slowly started to earn more minutes every game. He has definitely proven that he can be important for the team, as well as being a threat from the inside and outside. In the last two games of Groningen’s Europe Cup stint, Mast averaged 30 minutes, 7,5 points and 4,5 rebounds and a block. Of course, Mast had a great season, as he also made his debuted for the senior Dutch National team at age 17.

The Bradley Braves announced him as a “6’9’’ Sharpshooter”, and immediately compared him to Luuk van Bree, a Dutch player who’s now in his senior year with the Braves. Of course, with that comparison, the Braves hope Mast will be as good of a 3-point shooter, or even better, than Van Bree.

Franke made his debut as a DBL coach for Leiden this season, as he’s doing a great job so far. With a very small rotation, his team has taken over the first spot in the standings, and they’ve already won their first price by beating Landstede for the National Cup.

Furthermore, Leiden had a very good run in the Europe Cup, and three of his players, Darius Thompson, Maurice Watson Jr and Worthy de Jong, belonged to the best in the tournament. Even when they had to miss players, he managed to get his team to play a good game, unfortunately, it ended before they could reach the Quarter Finals. Now, they have to focus on the Dutch playoffs.

Van Vliet made some huge steps the past season. He went from playing DII college at Dallas Baptist, to being one of the standouts on the Den Helder Suns team, to being a part of the Dutch National team selection. As of now, his Den Helder Suns are sixth in the standings, and will advance to the playoffs.

Furthermore, Van Vliet proved that scoring is definitely one of his best qualities, as he managed to score 38 and 36 points in a game this season. That was something no other Dutch player had done in the ‘Eredivisie’ since Kees Akerboom Jr. back in 2004. That’s a huge achievement for a 24-year-old in his first professional season.

Gipson can definitely be called veteran in the league, as the American is now 39-years-old, and still active from Groningen. On top of that, he is still one of the most important players for his team. It’s actually quite interesting he has remained with the team, as Gipson originally signed a contract for two months in October 2017, as a temporary replacement for Arvin Slagter.

But, Gipson proved his worth quite quickly, and hasn’t lost the skills he showed as a younger player with Amsterdam. As long as he continues to be of value for Groningen, he’s a great addition to the team. In 2019, Gipson is still averaging around 20 points per game in 30 minutes.