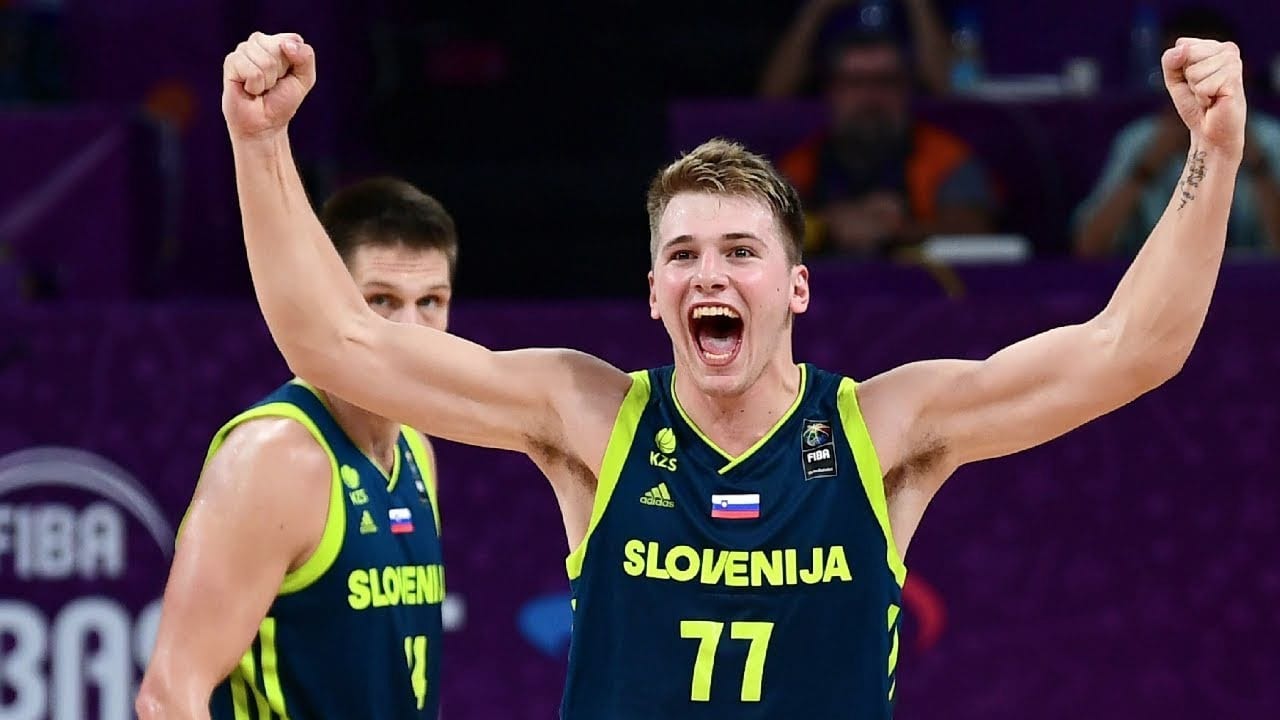 Yesterday, the NBA draft lottery decided that the Phoenix Suns will have the first pick in the draft, which will be held on June 21 in Brooklyn, New York. This year, for the first time in a while, a European prospect has the chance to be picked first overall. Therefore, we’ve selected five great European prospects that will have the chance to be drafted in the first, or early second round.

Doncic is considered to be a very promising Slovenian talent, and he has been for a while. Some have even called him the best European prospect ever. At 13 years old, he signed a five year contract with Real Madrid, and three years later, he became the youngest player to make his debut for the team in the ACB. The 6-8 point guard can do it all, he has superb courtvision, is a great shooter, passer, finisher and has been a dominating player in the Euroleague.

This year, he will finally be eligible for the draft, and though he won’t workout with NBA teams due to commitments to Madrid, he’ll definitely be one of the first picks (if not the first).

Musa is a Bosnian small forward, who is currently playing for Cedevita Zagreb. He has done a good job in all three competitions Zagreb plays in: the Adriatic League, EuroCup and the Croation League. Furthermore, he is only the sixth player who averages more than 20 points in 40 minutes as a teen, and he is only 19-years-old. Overall, Musa is a great shooter with a quick release, can easily make difficult shots and is a good ball handler. He’ll have to improve his defensive skills to be able to make a name for himself in the NBA, as he is very limited on what kind of players he can handle.

Musa is currently projected to be a middle, or late first round pick.

Okobo is a 6-3 point guard from France, who is a great scorer, passer and finisher. If he improves his ball handling, which is sloppy at times, he could be a great point guard. The last few years, he has been playing for Élan Béarnais Pau-Lacq-Orthez, and the 2017-2018 season turned out to be his breakout season. He was the only French player in the league that led his team in scoring.

Right now, he is projected as a late first round pick.

Wagner is a 6-11 center from Germany, who has been playing for the University of Michigan since 2015. He originally declared for the 2017 draft, but didn’t hire an agent and decided to go back on his decision and return to Michigan. This year, he has signed with an agent. It was probably a good decision, as Michigan reached the Semifinals of the NCAA Tournament, and Wagner was the first player since Hakeem Olajuwon to score at least 20 points and grab 15 points in a national semifinal. Besides rebounding and scoring, he also shoots a good three-pointer.

Wagner will be a ate first round or early second round pick.

Kurucs originally declared for the 2017 draft, but he decided to withdraw his name, as Barcelona didn’t want him to go and the buyout would be high. The Latvian small forward is a great scorer, but he also has the potential to be a good playmaker.  Kurucs has skills that have the possibility to translate to the NBA level, but he is quite injury prone. He is currently playing in Barcelona B, because he didn’t want to extend his contract.

Last year, he was projected to go between picks 15 and 25, but because he has been set back to Barcelona B, his stock has gone down to being an early second round pick.

The History of Headbands