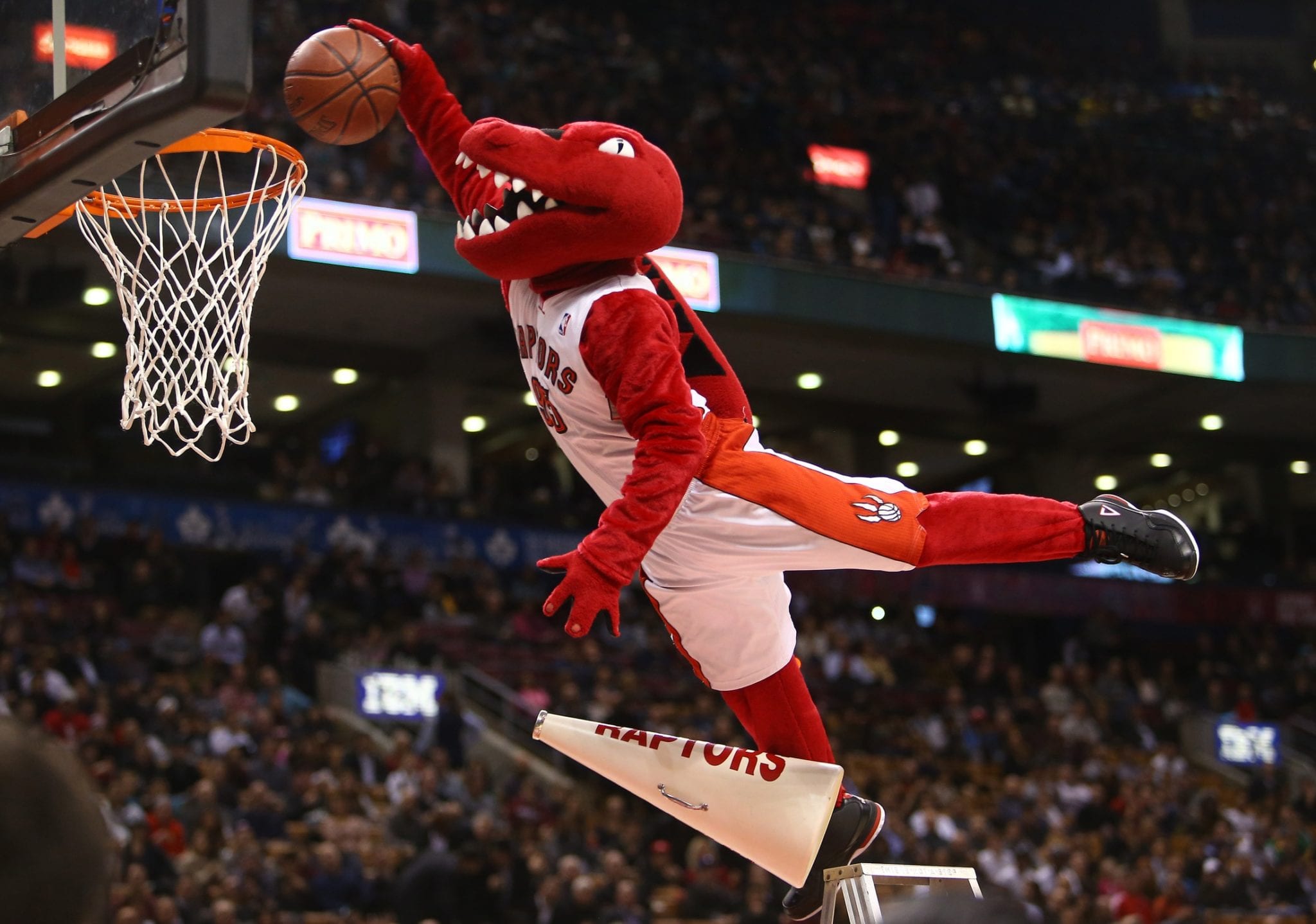 Of course, the most important thing about going to a basketball game is the actual game, but the team’s mascots do provide a lot of entertainment during time-outs and in between quarters. Some teams definitely have gone all out on their mascots, while others, like Lucky the Leprechaun and Chuck the Condor could’ve used a little extra thought. But, the following mascots are very creative, or have a lot of great antics throughout the game.

Franklin, the Big Blue Dog, was introduced in 2015. He replaced the Sixers last mascot, a rabbit named Hip Hop, which was retired in 2011. Contrary to their earlier mascots, Franklin was introduced for the kids, so it’s all friendly and kid appropriate. Luckily, Franklin has a lot of kind appropriate antics up his sleeve.

Rocky is mostly known for his attitude throughout the games and his many feuds. He has been in feuds with many NBA players, going back from Charles Barkley to Russell Westbrook.

The name of the Toronto Raptors was based on the popularity of the Jurassic Park movies, where Raptor was an informal name for the Velociraptor. Of course, it’s no surprise that Raptor depicts a velociraptor. He was first introduced in 1995, when they rolled an egg onto the court, and moments later a red velociraptor wearing basketball shoes and the number 95 hatched from the egg.

The Coyote was already introduced in 1983, so he’s been around for a while now. The Coyote sometimes also takes part in the dances with the Spurs’ cheerleading team.

Benny has been around even longer than the Coyote, as he has filled the role of the Bulls’ mascot since 1969. Benny wears different costumes or colors depending on his mood, ranging from a Santa Costume, to a Tuxedo, or even a St.Patrick’s day outfit with a green fur to complement it.