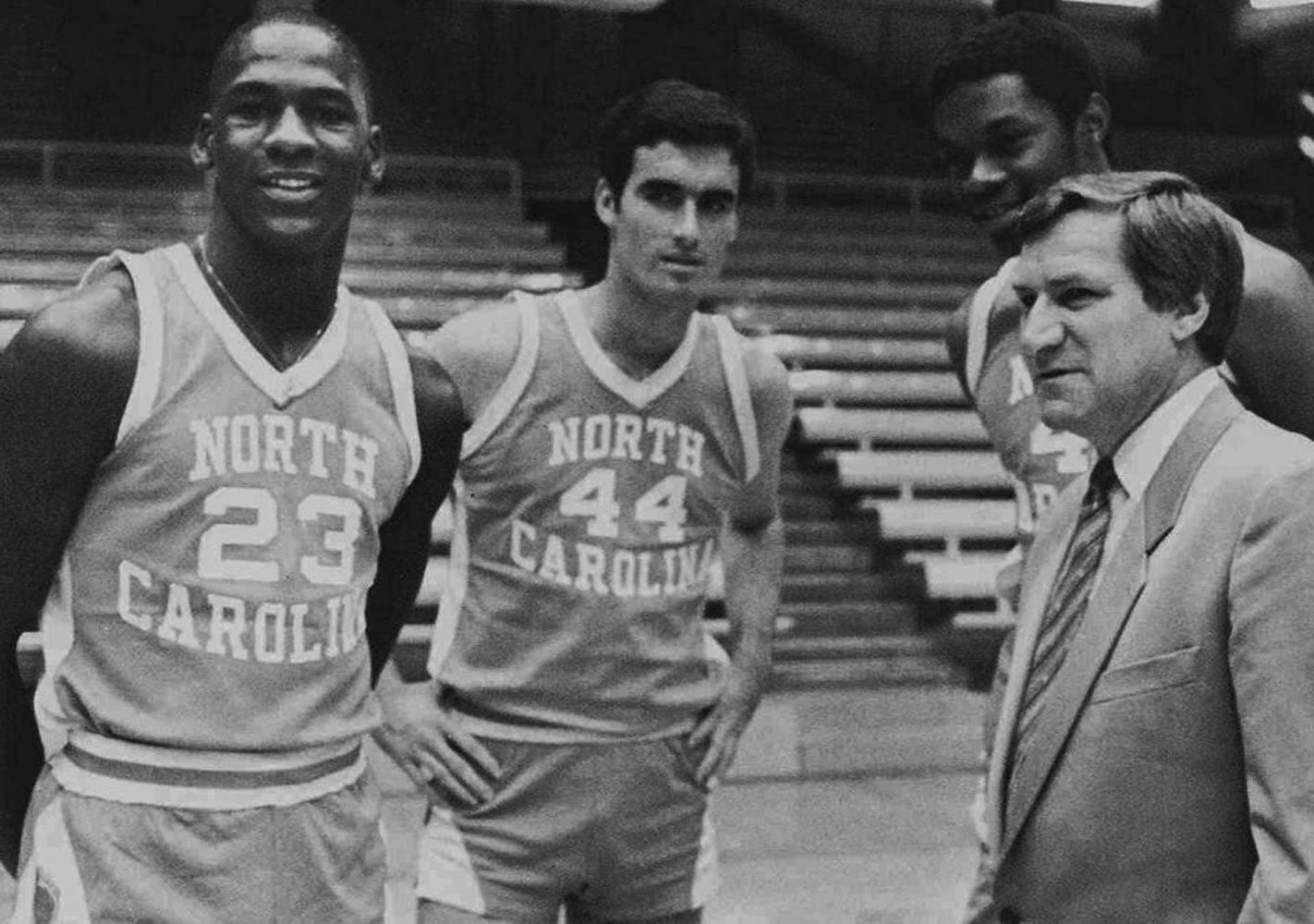 If you play basketball, or watch a game, you’ve probably seen a player giving the ‘tired signal’, gesturing to a player after he’s given an assist or seen a team’s huddle during free throws. Nowadays, it’s a normal part of the game, but Dean Smith, during his 36 years as the head coach of the North Carolina Tarheels was the one that popularized the use of these techniques.

Furthermore, he was also one of the first coaches who had the guard call out the defensive style of play during the game and first started ‘Senior Day’, to honor all players in their last year. Once, he had six seniors, meaning that one of them should’ve still started on the bench, but instead of that, he put them all on the court, earning himself a technical foul.

Smith’s coaching style and tactical decisions were also one of the reasons that the NCAA implemented the shot clock. He used a play called the four corners if his team had a small lead near the end of the game. This technique entailed that one players dribbled the ball, while the other player run to the corners of the half court, which was a great delaying tactic. Though Smith wasn’t the coach that came up with this, he is credited for using the offense.

Dean Smith was the Tarheels’ coach from 1961 until 1997. During that time, he won 2 national championships, made eleven Final Four appearances and won thirteen Atlantic Coast Conference Tournament titles. When he won his first championship in 1982, his team included future NBA players, Michael Jordan, James Worthy and Sam Perkins. In the Final, Jordan made the last score of the game, which proved to be enough to let the Tarheels win 63-62.

But, he also showed that basketball wasn’t the only important thing in life for his players, as during his career, his players had a 96,6% graduation rate. Furthermore, Smith gave a scholarship to the first African-American player in NCAA history, Charlie Scott, and he had a good relationship with all of his players. Long after the players’ graduation, Smith was still in-touch, helped them to get a job and overall, more than 50 of his players have played in the NBA. After his death in 2015ss, Obama described him as follows: “Coach Smith showed us something that I’ve seen again and again on the court – that basketball can tell us a lot more about who you are than a jump shot alone”.

3×3 World Cup – One on One With Alexander Zuev