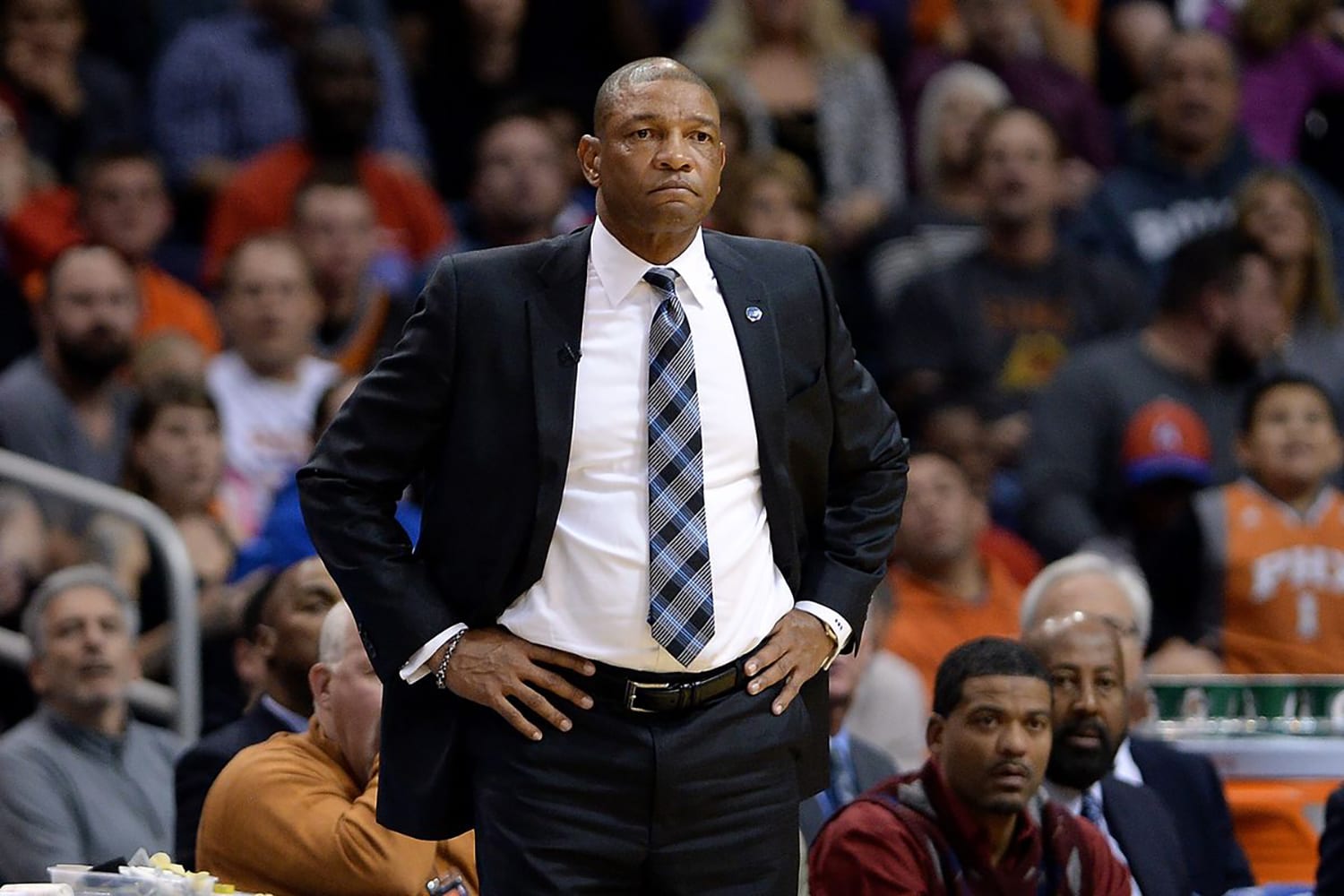 The ‘Ubuntu’ philosophy. If you are familiar with Doc Rivers, you’ve probably heard of this term before. This can roughly be translated as: “I am because we are”. In Rivers’ case, he used it as the fact that a basketball team full of new players have to find a new identity together. Furthermore, it is about the fact that teammates need to understand each other. And that is something every team can use, but the Celtics’ definitely needed to do at their lowest point, in 2006. Since then, Rivers has continued to use the philosophy with all his teams, though the form can differ.

Doc Rivers is a demanding coach, who expects his players to listen to him. When he was the Celtics’ head coach, Kevin Garnett called the team ‘Cuba’, as the players were expected to do exactly as he said. But, although Rivers doesn’t allow any contradictions, he is close with his players. During his time with the Clippers, he convinced DeAndre Jordan to remain with the Clippers instead of going to the Mavericks and he also had a great connection with Rajon Rondo.

Part of the fact that Rivers is a great coach relies on the fact that he played in the NBA himself. During his active career, he played for the Atlanta Hawks, LA Clippers, NY Knicks and the San Antonio Spurs. On top of that, he was voted a NBA All-Star once. Rivers could be described as an explosive, athletic guard and at one point in his career, he even averaged a double-double.

Rivers’ journey as an NBA head coach started with the Orlando Magic in 1999, and he had a great start. He even rewarded his first season with being voted the Coach of the Year. But, after a horrible start and a 1-10 record in his fourth season, he was fired. At that point, Rivers didn’t get a head coach position right away, but he decided to become a commentator for the NBA on ABC for the rest of the season.

At the beginning of the 2004 season, Rivers became the new coach of the Boston Celtics, but he didn’t have a great start. A lot of people criticized the lack of defense of his team, and by 2006, there were demands that he would be fired and players asked to be traded. Luckily for the Celtics, the general manager, Danny Ainge, decided to keep him on. By the 2006-2007 season, Rivers managed to make his team a well-oiled team, with stars that didn’t mind to share the ball. And, his team also became one of the best defensive teams in the league.

The 2007-2008 season would turn out to be the best season in Rivers’ coaching career. At that point, Boston generated a sort of ‘super team’ with the Big Three: Kevin Garnett, Paul Pierce and Ray Allen. That season, the Celtics, went 66-16 in the regular season, which was a 42 game improvement from the year before. And, after defeating the Hawks, Cavaliers, Pistons and the Lakers, they became the 2008 Champions.

Active Players with the Most Franchises Under Their Belt

Five years after his championship, Rivers was traded to the Los Angeles Clippers for a first round pick, because he didn’t want to be part of a big rebuild. He had also played for this team in his active career. This turned out to be a good move for him, as he also got the chance to lead an organization, as he also became the senior vice president of basketball operations. In 2015, two years after he became the head coach, his son, Austin Rivers was traded to the Clippers. This made Doc Rivers the first NBA coach in history that has coached his own son.