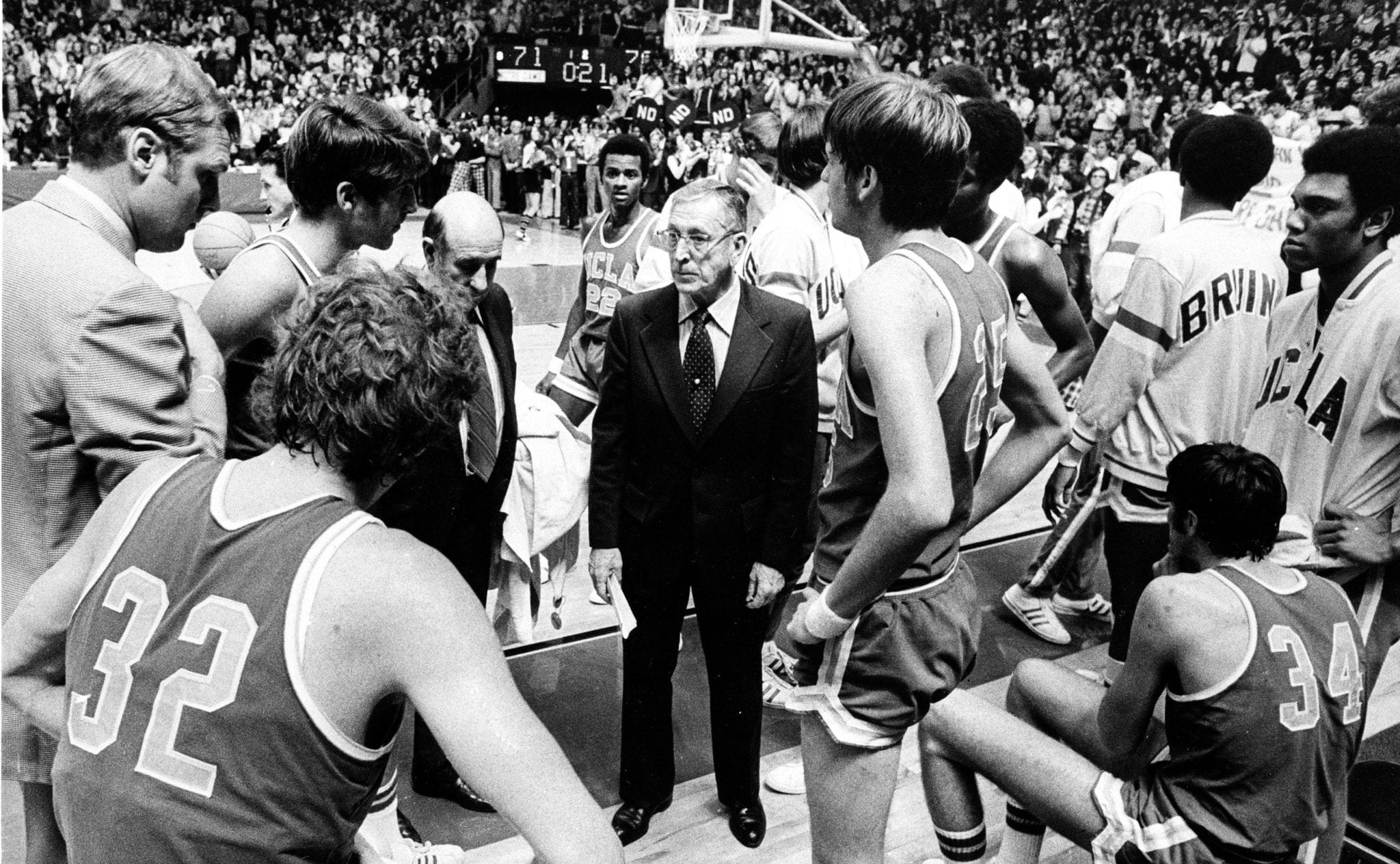 ‘The Wizard of Westwood’. The name already betrays it all, John Wooden was a coaching legend at UCLA, the University of California, Los Angeles, which is located in the Westwood district of LA. His teams hold several records that still aren’t broken, he was full of inspirational messages, once had Kareem Abdul-Jabbar under his wing, and had a lasting impact on the game.

He wasn’t only known for his actions on the court, but also for his ‘Pyramid of Success’. This method would make sure a player was would be successful on the court and in life. Years and years later it’s still one of the most used methods in college basketball. At one point, even people who knew nothing about UCLA were familiar with the ‘Pyramid of Success’. The most important message he would try to give his players was that: “What you are as a person is far more important than what you are as a basketball player”. But, he also managed to get his players to be great on the court.

In 1948, Wooden’s career with UCLA all started as part of a big misunderstanding, as he was actually waiting for a call from the University of Minnesota as the head coach. That was his preferred position and location, as he and his wife wanted to stay in the Midwest. But, thanks to bad weather, he didn’t get a call and therefore Wooden was convinced that they’ve had lost interest in him. So, history was made and Wooden accepted another position that was offered to him: to be the head coach of UCLA.

It took 15 years, before Wooden’s legacy at UCLA started to take form, as they won their first NCAA Championship ever with a perfect 30-0 record. That proved to be the start of a dominating period for UCLA, as they won ten championships in twelve years. Seven of those titles were consecutive, and they remained undefeated in four entire seasons.

In 1975 after UCLA’s game in the Final Four of the NCAA Tournament, Wooden announced that he would step down as head coach after the season. The team gave him the perfect ending to his coaching career, as they won another NCAA Tournament and got Wooden his 10th title.

One on One with Moniek Meeringa