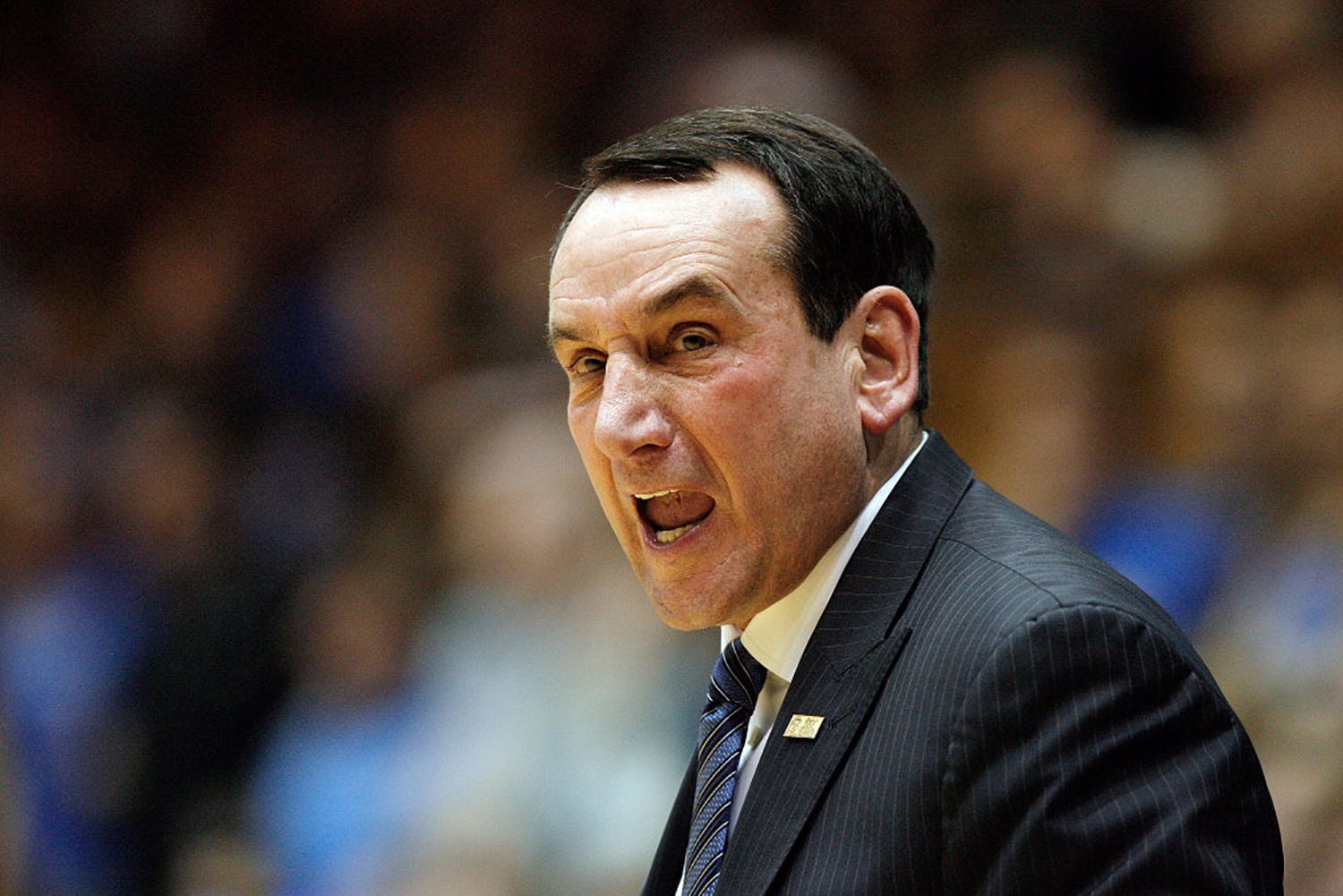 Mike Krzyzewski, also known as coach K, is the only men’s basketball coach that has ever won an Olympic Gold medal, the FIBA World Cup and a NCAA title. Furthermore, he managed to lead the USA men’s team to not one, but three different, consecutive gold medals.

Furthermore, he has been very successful as the head coach of the Duke Blue Devils. On November 11th, Krzyzewski won his 1000th game as their head coach. There is only one other coach who has also had 1000 wins in his career, Jim Boeheim, but because of a scandal, 101 of his wins were vacated by the NCAA. Over the course of his career, coach K has led the Blue Devils to five championships (1991, 1992, 2001, 2010 and 2015) and directed twelve teams to the Final Fours.

Krzyzewski could have become a NBA coach on at least five different occasions. The first known offer came from the Boston Celtics in 1990, after he led Duke to three Final Four appearances in a row. After that, he got offers from the Portland Trailblazers, Los Angeles Lakers, New Jersey Nets and the Minnesota Timberwolves, but he eventually declined all offers and remained at Duke.

Though Coach K has the best record in NCAA history, both Duke and coach K are quite disliked outside of Durham, the home of Duke. This has several reason, and one of them is definitely the fact that Duke is so successful. They win a lot, the students have a high graduation rate and there have not been a lot of NCAA investigations surrounding the University. Besides that, the behavior and attitude of both Coach K and the players is disliked by others as well. Krzyzewski can be very whiney to the refs, arguing every call, and furthermore he can curse a lot during games. Overall, he is a very intense coach, for example he banned his entire squad from wearing Duke apparel after a tough loss back in January. Furthermore, there have been several incidents surrounding Duke players and unsportsmanlike behavior. For example, Grayson Allen is currently on Duke’s roster and he had several incidents last year where he tried to trip or kicked his opponents on the court.