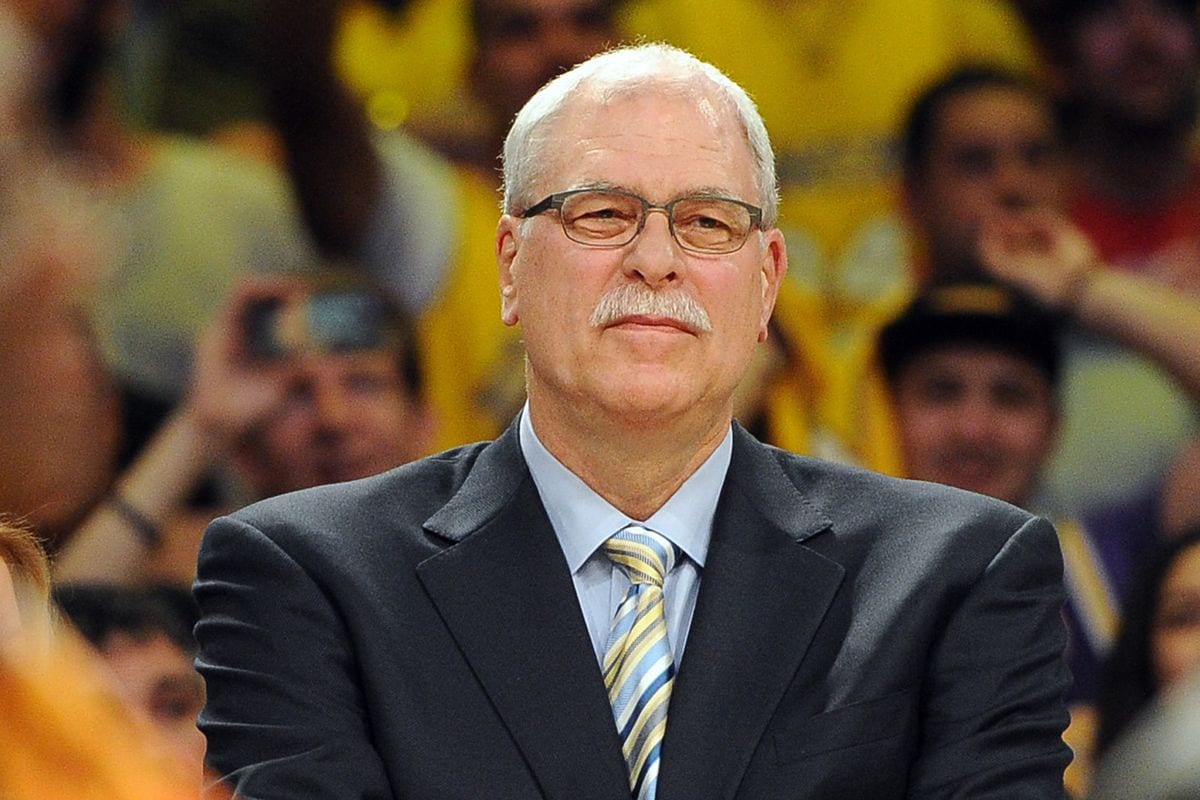 Phil Jackson holds the record for most NBA titles, with thirteen titles in total. He didn’t win all those titles by coaching, but he also won two of those as a players of the New York Knicks. Jackson was known for playing the triangle offense, and he earned himself the nickname ‘Zen Master’. His coaching style is influenced by spiritual traditions. This goes well together with his preferred triangle offense, as Jackson always wanted to build a strong team, where no one is more important that someone else, and everyone works together to reach the same goal.

Jackson immediately implemented the triangle offense with the Chicago Bulls when he became their head coach. That strategy was once developed by his assistant coach Tex Winter. If the triangle offense is played in the right way, it can be one of the most optimal offenses in basketball. For it to work, it is very important for the players to maintain good spacing, pass the ball around and make good cuts.

During Jackson’s time with the Bulls, Michael Jordan was already the most important player on the team, and he single-handedly made the Bulls a contender in the play-offs. But, the Bulls’ biggest rival, the Detroit Pistons, had a defensive strategy, that would only focus on defending Jordan. The triangle offense helped the rest of the team take responsibility in the offense as well, which gave Jordan more space. In Jackson’s first year as the coach, the Bulls lost in the Eastern Conference Finals, but the following year, they won the championship. Jackson would win 6 titles with the Bulls in total.

During his period with the Bulls, Jackson had had troubles with the general manager, Jerry Krause, and eventually Jackson couldn’t return for the 1998-1999 season. At that time, Jackson said that he would never coach another team, but that didn’t turn out to be true. One season later, he took over the coaching duties for the Los Angeles Lakers, and TEx Winter was once again his assistant coach. There, they also implemented the triangle offense, and they were, again, quite successful as the Lakers won three consecutive championships. But, Kobe Bryant wasn’t a fan of the offense, and that regularly led to problems between Jackson and Bryant. Phil Jackson had even asked that Kobe Bryant would be traded, which the Lakers didn’t want to do. Eventually, he left as the Lakers head coach after the 2003-2004 season. It only took one season before Jackson was rehired as the Lakers’ head coach, and apparently even Bryant had wanted Jackson to return as their coach. He would go on to win another two titles with the Lakers, bringing his total to five.

Three years after his second stint with the Lakers, Jackson became the president of the New York Knicks. His most striking move as the president was probably the draft of the Latvian power forward, Kristaps Porzingis. At the time of the draft, Porzingis was booed by the fans, and Jackson was heavily criticized. This later turned out to be a great move, as Porzingis is in a position to become a corner stone of the Knicks.

In the 2017 off-season, Phil Jackson was fired as the president of the Knicks after it became clear that he was trying to buy-out Carmelo Anthony and trying to trade Porzingis.