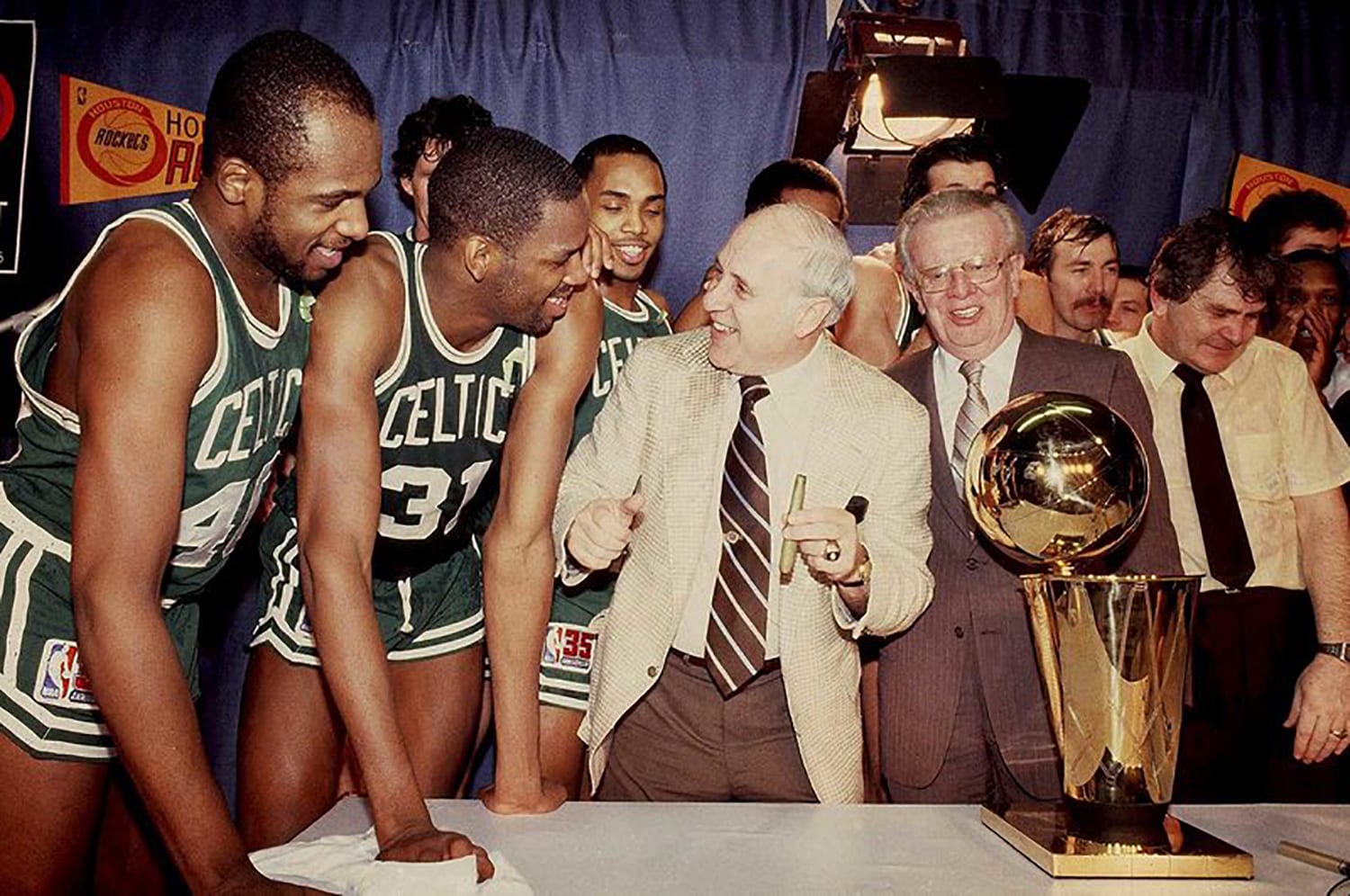 Auerbach can definitely be seen as a pioneer in modern day basketball, as he managed to change the way the game was played. Instead of individual players, he made them play as a team. This meant that good defense was one of the most important qualities his players had to have, as great defense is the best offense. This also made way for the fast break as an important offense. Furthermore, he managed to make great choices in drafting and acquiring new players, as a lot of his players have made it into the NBA.

Before the 1950-1951 season, the Boston Celtics had a negative record. The story goes that the Celtics’ owner, Walter Brown, asked some local Boston writers who he should hire as a coach, and they recommended Auerbach. In the first months, Auerbach already made some notable moves, as he didn’t want to draft Bob Cousy, a Hall-of-Famer, but he decided to choose Chuck Cooper, the first African-American player to be drafted into the NBA. The move to forgo the option of drafting Cousy into the team infuriated the fans, but due to circumstances, Cousy eventually ended up playing for the Celtics that season.

This would be the beginning of a long career with the Celtics for Auerbach. Over the next 15 years he remained their coach, drafting some great future Hall-of-Famers into his team. The best example would be Bill Russell, who Auerbach acquired in the 1956 draft. Russell would turn out to be one of the greatest players to ever play in the NBA. Simultaneously, Auerbach acquired two other future Hall-of-Famers, Tom Heinsohn and K.C. Jones.

The following years, Auerbach managed to let the Celtics play great defense as a team, and therefore made them rely on the fast break as their best offense. This turned out to be quite successful, as he won nine championships in ten years (1957-1966). Furthermore, six of those championships were won in the Finals against the Lakers, with stars like Elgin Baylor and Jerry West. Besides drafting the first African-American player into the NBA, in 1964, Auerbach also send out the first African-American starting five onto the court, consisting of Bill Russell, K.C. Jones, Willie Naulls, Tom Sanders and Sam Jones. And to top that, after he retired as a coach after the 1965-1966 season, he appointed Bill Russel, one of his greatest draft picks in his career and the first African-American head coach in the NBA, as his successor.

As the General Manager of the Celtics, Auerbach once again had to rebuilt the team, and he did so by acquiring several great draft picks, among them several future Hall-of-Famers. This went great the first two seasons, as Russell led the Celtics to two Championships, but after that the team got in a slump. After the 1977-1978 season, Auerbach was on his way to New York to discuss a contract with the Knicks, when a cab driver pleaded with him to remain with the Celtics. Eventually, he remained with the Celtics, and announced that they would be drafting Larry Bird in the 1978 Draft, another future Hall-of-Famer. A year later, in 1979, when Bird joined the team, he became the highest paid rookie for the Celtics. This turned out to be yet another great choice by Auerbach and the Celtics, as Bird became a 12-time All-Star, won the MVP award three times and won the Championship with the Celtics three times. In 1984, when he relinquished his duties as the GM, Auerbach had won 16 titles in 29 years, 9 as a coach and 7 as the GM.

Auerbach remained involved with the Celtics until his death in 2006, as President (1984-1997 and 2001-2006) and Vice-Chairmain (1997-2001). During that period, Auerbach might have made the best move in his career, when he drafted Len Bias, a college super star, with the Celtics second pick in the 1986 Draft, but unfortunately Bias died of an overdose two days later. Partly because the league didn’t compensate the loss of Bias, the Celtics didn’t manage to win another Championship in Auerbach’s lifetime after 1986.