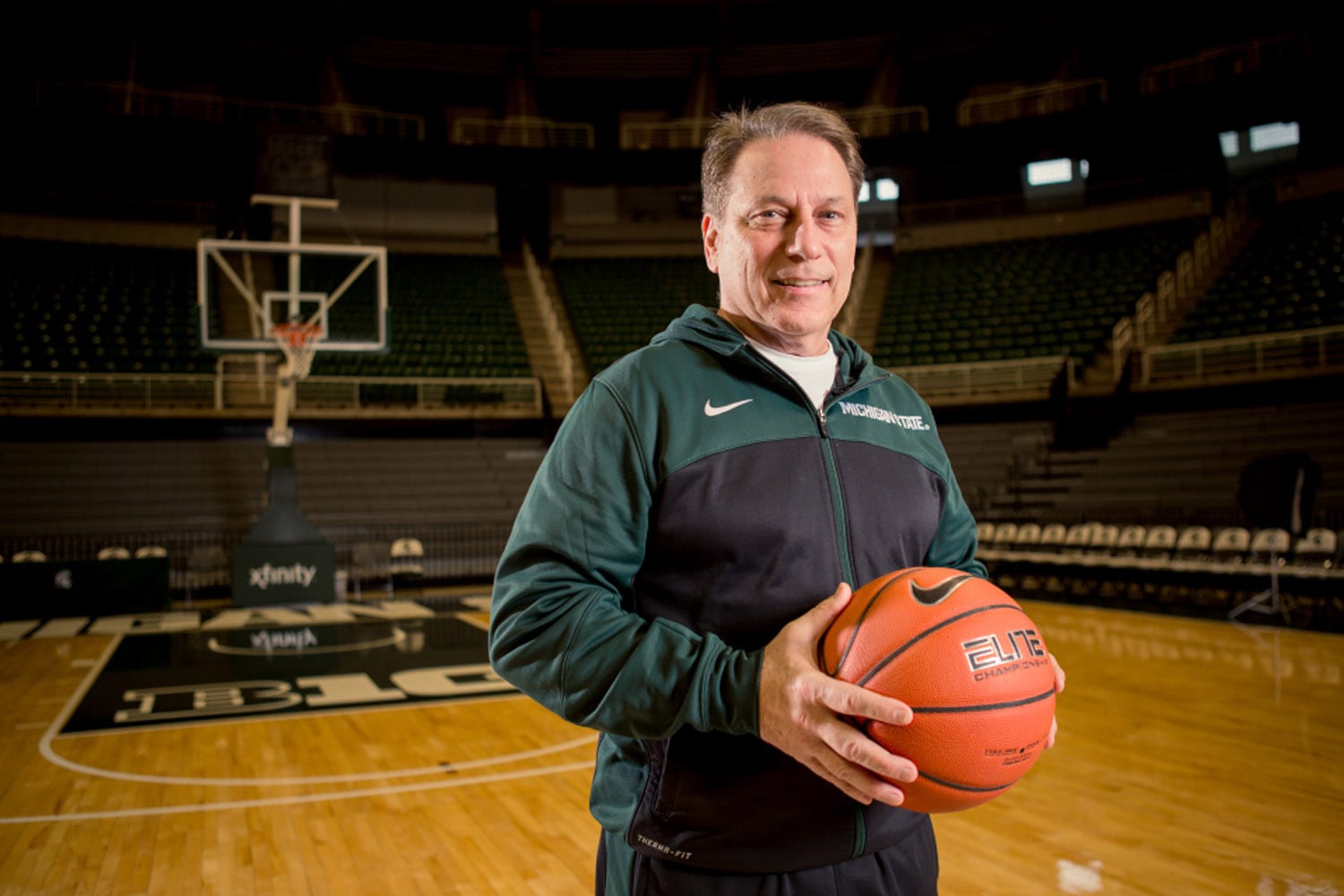 “Players Play – Tough Players Win”. If you hear this philosophy, it should remind you of Tom Izzo, the head coach of the Michigan State Spartans. This philosophy shows that Izzo only wants tough players on his team who can win games. His players show their toughness through rebounding, and Izzo even has a special ‘war’ rebounding drill to make his players even tougher.

He focusses on rebounding, because that is not about talent or a particular skill, but it is about who can track down a missed shot the best. To do that, the players will have to want the ball more than their opponent. Izzo’s drill is called ‘war’, because all players will have to go to war and get tough to be able to win the ball in the rebound. Furthermore, opposite to some other coaches in the league, he likes to arrange a lot of tough games for his team as a preparation for the NCAA tournament.  This has led him to receive the nickname ‘Mr. March’, as his teams are always at their peak around the NCAA tournament.

Izzo has been the head coach of the Spartans since 1995, which means he is currently in his 23rd season with the team. During that time, he has won the NCAA tournament once, won the regular season of the Big Ten 7 times and the Big Ten Tournament 5 times. The NCAA title was the school’s first title in their entire history. The year before that, Izzo lead the team to their first trip to the NCAA tournament in 21 years.

In 2013, he was named the fifth angriest college coach, and opposite to some other coaches on that list, he actually cherishes that. He is known for his intense coaching style and he sometimes uses his temper as a motivation for his players to perform better. Though he is known to yell at his players, he never really seems to lose control, but he uses it as another form of motivation. This is opposite to, for example, Bobby Knight, who once choked one of his players or one of the other coaches in the NCAA that tend to lose their self-control around their players.

Furthermore, he is a good example for his assistant-coaches, as a lot of his former assistants are now head coaches at other Division I schools. Currently, two of his former assistants are head coaches: Mark Montgomery at Northern Illinois and Brian Gregory at South Florida. And, as he has done a lot for College Basketball, in 2016, Izzo was inducted into the Naismith Memorial Basketball Hall of Fame.