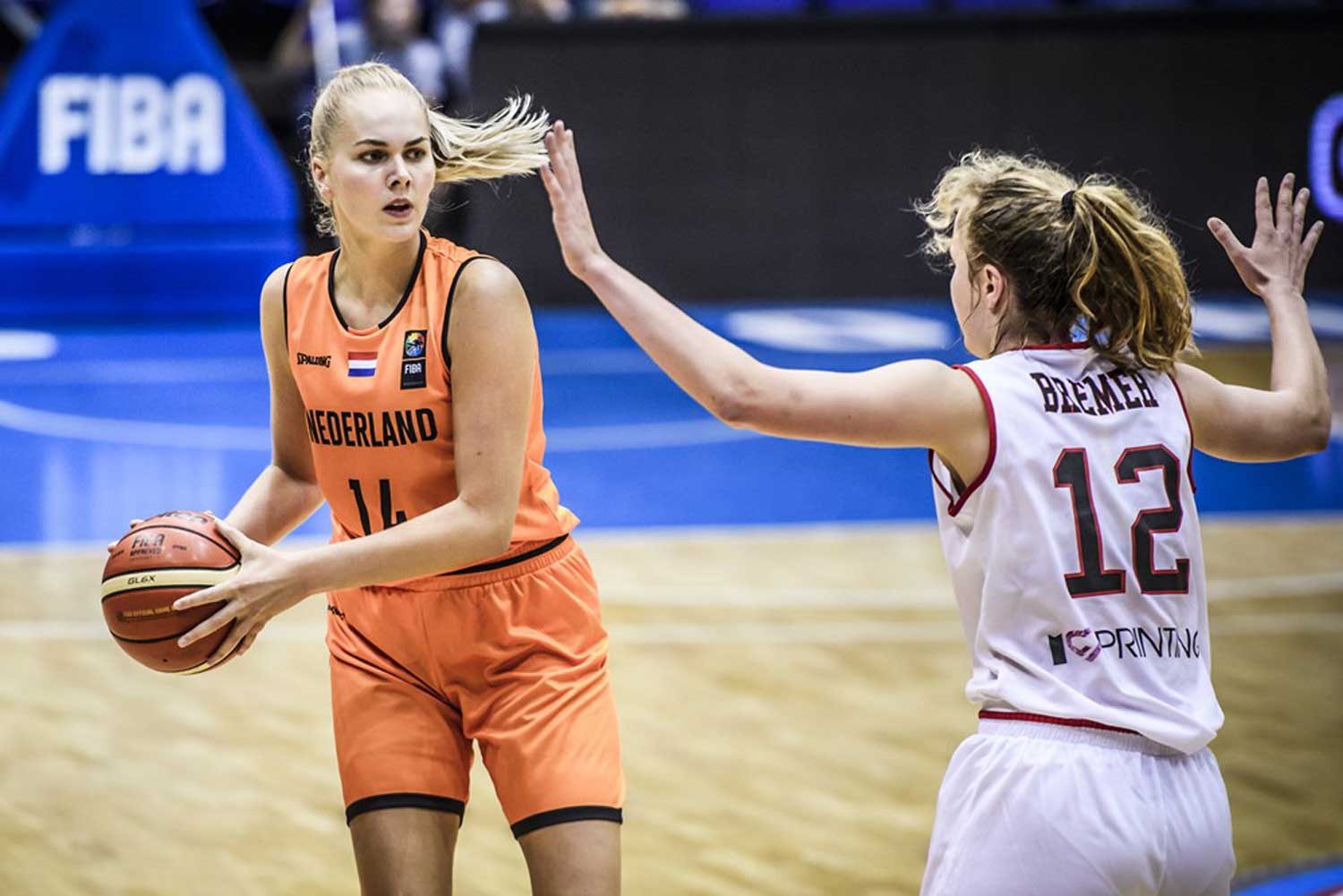 One on One with New Heroes’ Payton Henson

It’s already time to look forward to the upcoming NCAA season. These Dutch players have another year to show their skills at the college basketball level.

Tamis will start her college career with the Indiana State Sycamores in the upcoming season. She was part of the team that won a bronze medal at the U20 European Championship this Summer. Indiana State is a good team, and she’ll have the chance to prove herself.

Hof will enter her senior year with the Miami Hurricanes this year. She ended the year on a great note, as she started the last 11 games, and 25 games in total. Furthermore, Hof had her best season so far, as she got more minutes, but at the same time scored more points per game. This year, she has the chance to step up in the other categories as well and have a last chance to advance further into the NCAA Tournament than the last three years.

Bouwer already has a lot of VBL experience in the Netherlands, and she had some great performances with the youth Orange Angels over the past couple of years. The Runnin’ Bulldogs also got a new coach this year, so Bouwer will get enough chances to prove herself.

Laura Cornelius will start her junior year with the Hurricanes, as she was forced to get a medical redshirt last year due to a leg injury. This year will be her chance to show that she’s completely recovered from that injury and that she’s not only healthy but has also improved her skills in the meantime.

The past couple of seasons, Vennema played for the Landslake Lions and the CTO, but now she has the chance to play college basketball for the Longwood University Lancers. Over the Summer, Vennema was a good asset for the Orange Angels U20 who won the bronze medal in the A-division. In the upcoming season, she’ll have the chance to show her skills. On January 9, we’ll have a battle of the Dutch, as the Lancers will have to play Bouwers’ Gardner Webb.

One on One with New Heroes’ Payton Henson