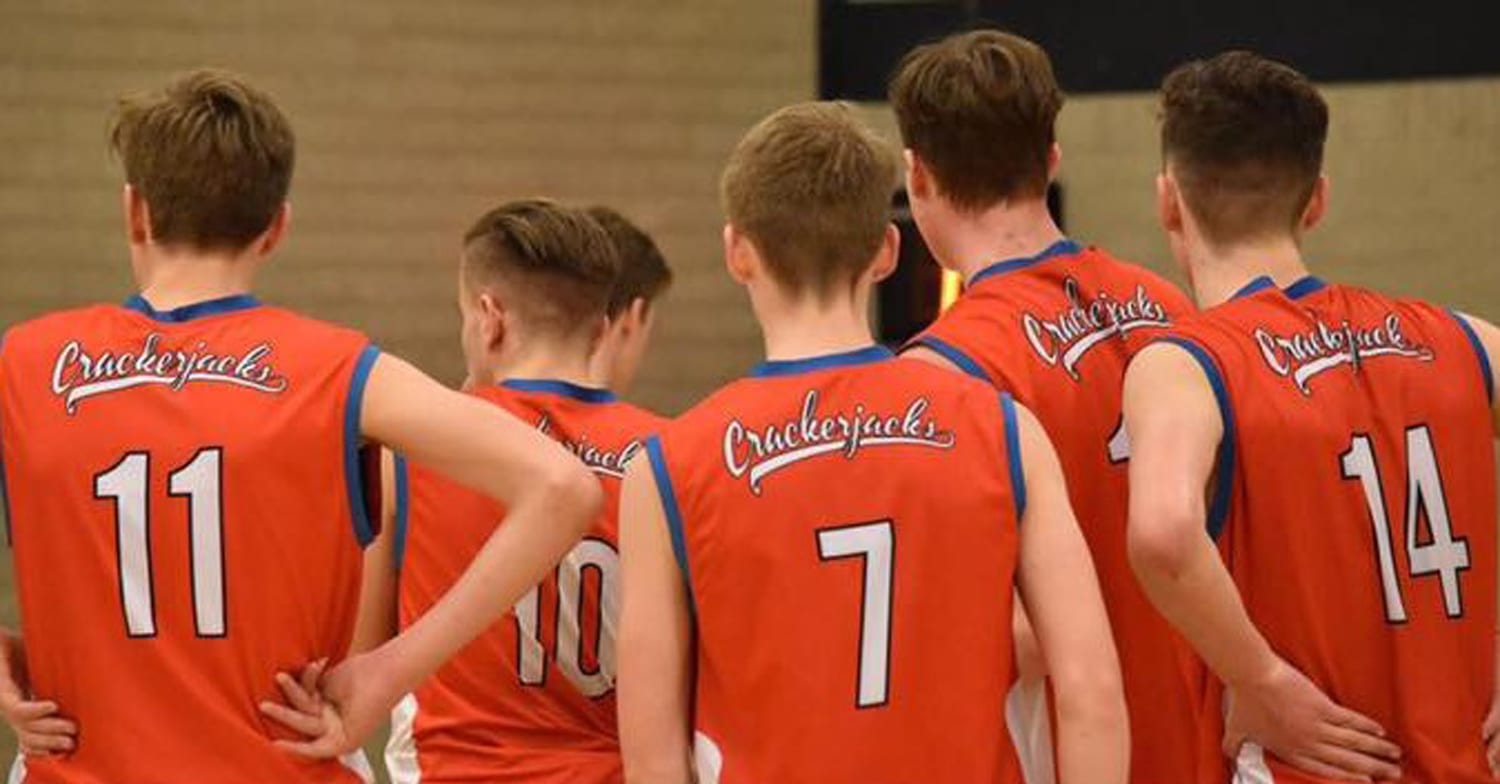 Amersfoort, also known as the ‘Keistad’, is a city in the middle of the Netherlands with almost 155.000 citizens. It has one basketball organization who has the ambition to create a family-minded organization: the Crackerjacks.

Patrick Kaas, one of the coaches of Crackerjacks, knows what it’s like to be part of the Crackerjacks. “Crackerjacks was founded almost 35 years ago. When I started playing basketball here in Amersfoort, almost everybody played just for fun. It’s still the main reason that our players play at Crackerjacks, but our results will be more important for the next couple of years. I think we are thinking the good way with that.”

According to Kaas, Crackerjacks means more than just getting to the top. “Our vision is to create a family within our organization. What I noticed is that after practice everybody stays in the canteen to share a drink with some teammates. That is what would make the Crackerjacks a family-minded organization, which I think it’s very important. We almost became bankrupt a couple of years ago. Not only financial, but we didn’t have any volunteers back then, most of the time. We had a volunteer who coached 11 teams! When he quit, the whole organization was in danger. We immediately came up with the idea to have two chairmen within Crackerjacks. I think we succeeded to move from 250 members to 425 members, in three years.”

Not only the members, but also visitors want to feel home at their basketball organization. Many methods are used to fulfill that wish. “What we are trying to do is to make sure that our visitors invite some of their friends or family. This will make people this enthusiastic that they might become one of our members. Furthermore, we have some projects, like 3×3 basketball. I am not sure if 3×3 attract more members directly, but it will give our city more exposure. Not only 3×3, but a lot of school clinics are also one of our projects. With those clinics we hope that Crackerjacks will get more members, members who can identify themselves with our organization.”

Making progression in a higher competition

There are some (former) players who played in the highest league of the Netherlands after they played at Crackerjacks. “A couple of years ago we had Sonny Waaldijk in our organization. Later on, Sonny played at Landstede Zwolle, Aris Leeuwarden and EiffelTowers Den Bosch. Leon Williams was also one of our members. That’s not something that just happened. It used to be difficult to grow as a player from Crackerjacks to the highest level in the Netherlands. I see that is changing a bit, because recently five of our players were asked by Landstede Zwolle. This shows that more people are impressed of Crackerjacks.”

Our U18 team started in the Second Division four years ago, each year they grew a little. They became that strong that they have grown to the U18 ‘Eredvisie’. Many people thought it would be hoping that we won’t be send down to a lower level. Right now, at the end of the season, we finished in the 8th place, out of 14 teams. This kind of progression is what I think a great milestone, making a debut on the highest level and being better than 6 other teams.”

It’s important for any organization that people feel like home. Crackerjacks on wheels is an example of how Crackerjacks wants to give players, volunteers, visitors and coaches a new home. “Almost 15 years after we started as organization, a wheelchair organization was founded in Amersfoort which was called GSVA. Two years ago we talked to them, because we were thinking: ‘why doing the same sport and not playing at the same club.’ That didn’t sound real to us, so we thought why not joining our organization. They can use all of our facility, which would be an advantage for both of us. We organize a mix tournament twice a year. All of our members are forced to play wheelchair basketball during that tournament.”

“When I played Rayon we didn’t even have a team that played on the highest level. Rayon was our highest level back then. We had like 40 visitors per game. This year in the ‘Eredivisie’, we had games where we had 200/250 visitors. I think those games had nothing to do with the amount of our visitors. I think our visitors want to watch a game every Saturday, have a drink at the end and have fun with all the people around Crackerjacks. I think that is what Crackerjacks is all about, creating a family within the organization.”