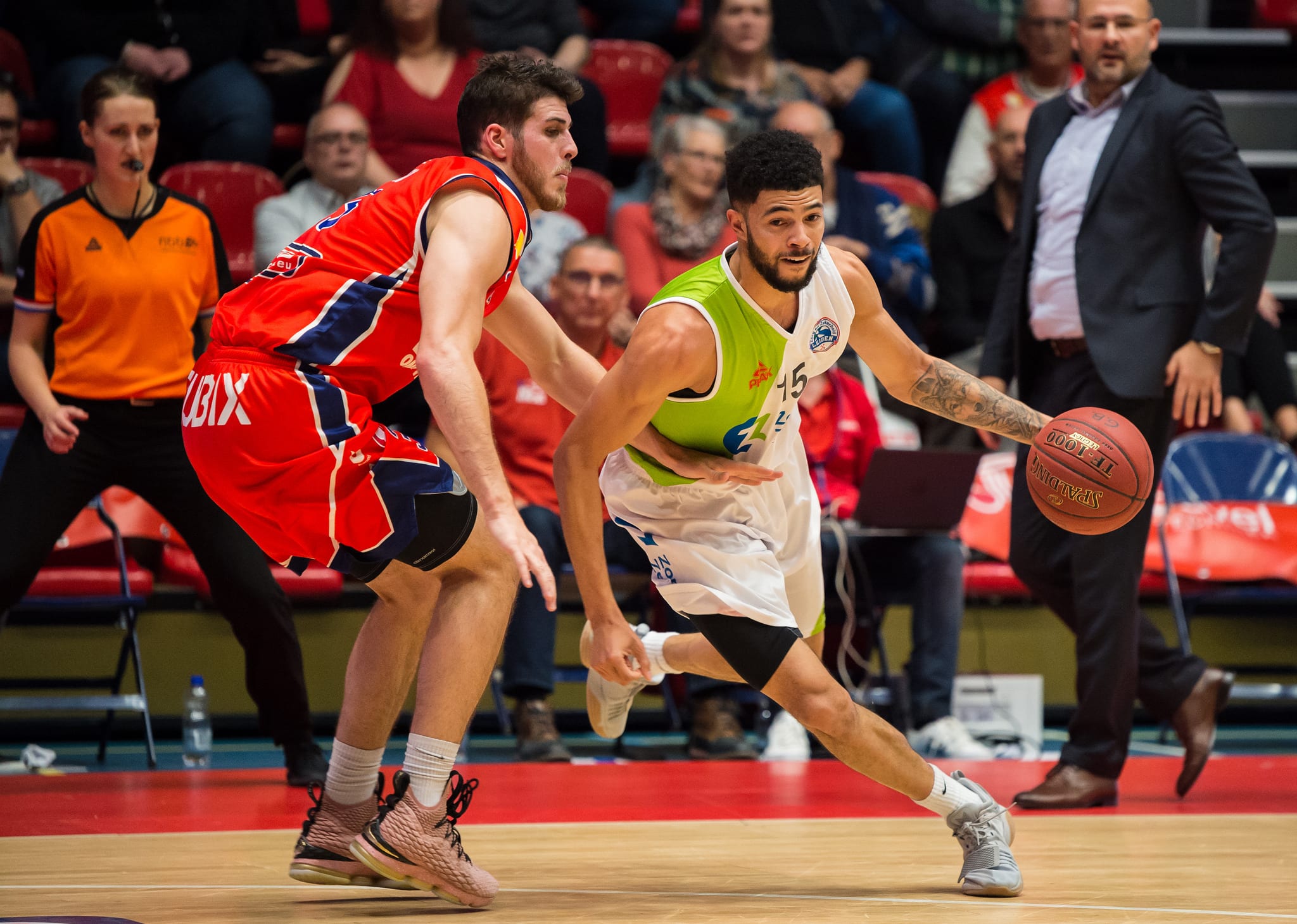 We’ve just passed the half way point of the season, and that means it’s almost time to focus on the playoffs. As of now, the top four teams are all within 4 points, or two wins, but ZZ Leiden, the current No.1, has played less games than all of the direct opponents, which definitely gives them an advantage. These are the players that are definitely worth watching in the second half of the season, as they’ll be very important for their team, or will probably will make a move to a different league after the season is over.

Thompson has been one of the top performers in the league since the beginning of the season. He’s leading everyone in scoring and steals, and is 2nd in assists. Yesterday, he also played a big part in the win against Leeuwarden, which got his club the 1st place in the standings for the first time this year. The only question is whether Thompson and the rest of his teammates can keep a hold of their position, as they’re playing with a very small rotation and are also still active in the Europecup.

The Europecup has proven to be very suited to Thompson as well, as he’s also leading that competition in points per game, while being second in steals and minutes, in both categories just behind his teammate Worthy de Jong, and 2nd in efficiency as well. Several scouts have taken a look at his games this year. It’s  no surprise scouts kept tabs on him, as Thompson worked out with several NBA teams before last year’s draft, including the Orlando Magic and Toronto Raptors, but eventually went undrafted.

In the last few games, Mast got to play more minutes, and it immediately paid off. Against BAL, Mast played more than 25 minutes while managing to set a new career high for himself with 30 points. It’ll be interesting to see what he can do if he’s moved up in the rotation permanently.

This will probably be his last year in the Dutch Basketball League before he goes to play college basketball in the US. Mast visited some schools in December, including Bradley University where the Dutch player Luuk van Bree is currently in his senior season.

The Den Helder Suns are on a roll as of late, and have firmly settled themselves on the sixth place in the standings. Holland has played an important part in that in his first season of professional basketball. He’s had some high scoring games, with a great three-pointers and while also grabbing several steals per game. The most important thing for Holland and his Suns is not to let the four teams below them any closer, as there’s only eight points ahead of the last place.

The Dahlman/Kajami-Keane duo has been quite successful this season, and they lead their team to the top of the standing early in the season. They managed to protect their first place for the entire first half, but the team is now going through somewhat of a rough patch. So far, Landstede has lost all three games they’ve played in the new year, lost Franko House and lost their top positon to ZZ Leiden. Dahlman and Kajami-Keane have already proven they could successfully lead the team to the top position once, and they’ve should be able to reset and get into the winning mood they were in the first few months.

Where Jonathon Williams was bothered by an injury in the first half of the season, he’s definitely proving his worth in the new year. Of course, he already played a couple of good games in the first half, but last few games, he’s been one of the top scorers and top rebounders of his team.

He’ll have to prove he can continue to be important for Den Bosch, as they’ll play against one of their biggest contenders tonight, Donar Groningen. If they win this game, Williams and his team will move up to the second place in the standings.

Giving Back To The Community