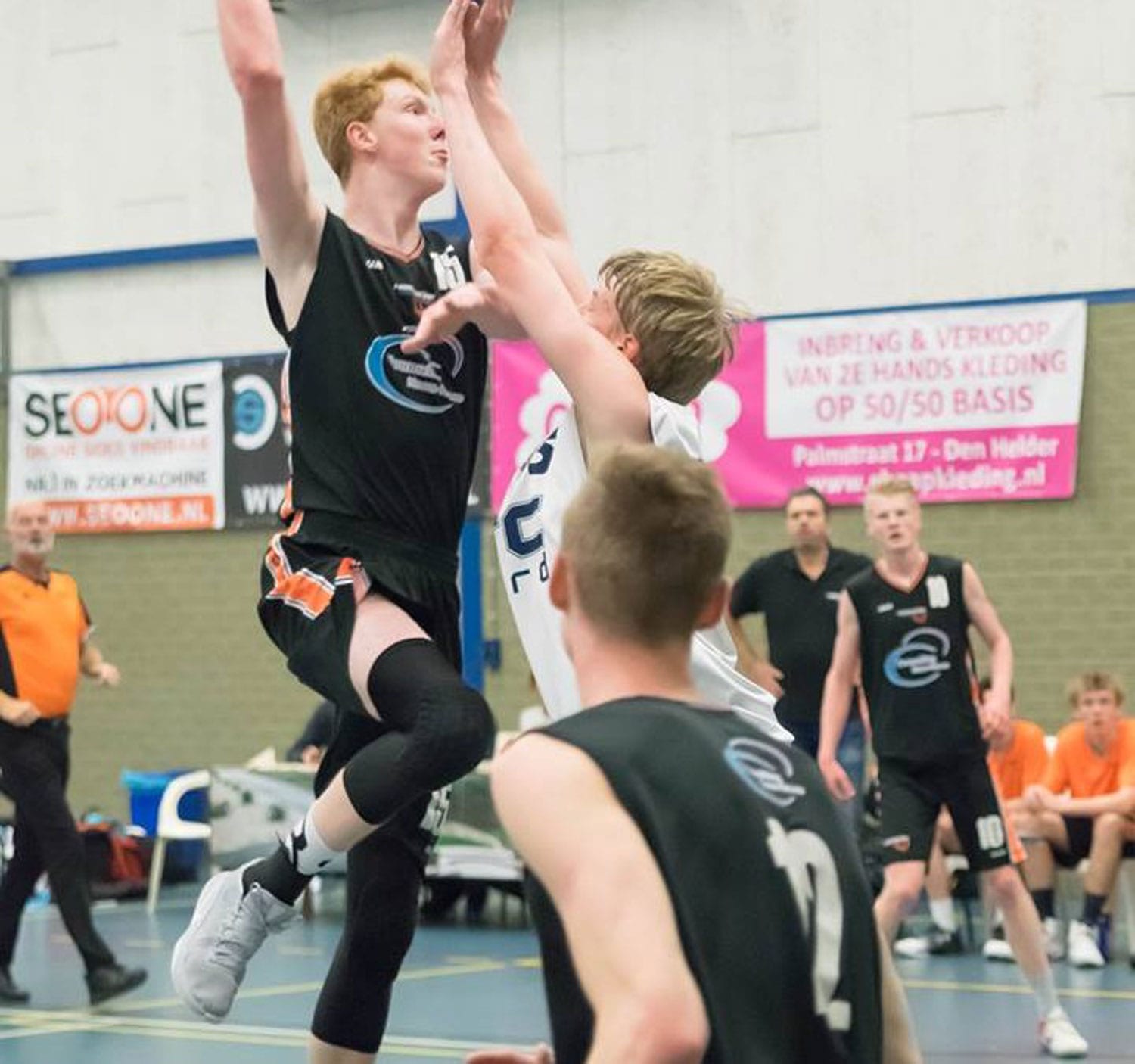 Next season, the Dutch Basketball League will expand to nine teams. The new team is a familiar face, the Den Helder Suns, who will return to the DBL after an absence of three years. Besides adding great Dutch and international players to the roster, they also asked some talented young players to train with the team Three of these talented players are Nick Thran, Jarno Pomstra and Mickey Kolhorn. We reached out to them to discuss the upcoming season.

What do you think about the fact that Den Helder is getting an ‘Eredivisie’/DBL team again?

Mickey: I think it is really good that it is back. Basketball has always been big here in Den Helder. It is also a new chance for us as players because we have the chance to make it to the team here.

Jarno: Yes, we now have the chance to develop ourselves further and make the first team.

What are your roles going to be on the team?

Nick: We are going to train a lot with the teams, and there are going to be some Americans, that is definitely good for my development. I can train with them and play against them. They have experience in Europe and that can help me as well.

Jarno: It is a good opportunity to become stronger physically against those guys. We are young and we have to develop ourselves and to do that with this team is a great chance. We can train with them, and maybe even playing in the team.

What does this mean for your youth team and will this help your development?

Mickey: We are still going to play in the under 18 team. At least one year and we’ll try to play as much as possible.

Nick: It will help to play as many minutes as possible.

Jarno: I think training with the men’s team will make us develop faster than the rest of the players in the u18 team.

Was this the big step you wanted to take?

Jarno: I do want to go and play in America, but for now, playing and training with these teams is great for my development.

Nick: Same for me, for now, playing against older players is great, and after that, I want to go to America.

Do you have plans to go and play abroad?

Nick: I definitely want to go and play at a College in America. I have never thought about anything else for my career than playing there.

Jarno: I really want to go to a College for four years and get my degree there. After those four years, I will see where I will go.

What is your goal for the next five years?

Nick: You do not know how it will go, which chances you will get and what opportunities will be offered to you.

Jarno: If it is the NBA it is not really a choice because everyone wants that!

Your coach is going to be Peter van Noord. Do you already know him?

Jarno: We know him, he really says what he thinks

Mickey: You will think twice to go against him.

What is your best basketball memory?

Nick: I think it was the European Championship last year.

Mickey: I think my best moment still has to come. Denmark was really great, but I do not think that will be my best experience ever. I hope I will get a lot of other opportunities.

What is your goal with the Den Helder Suns?

Jarno: My goal is to make as many minutes with the team as possible and to just have a great season. Our goal with the under 18 is to win the championship and to beat Apollo four times!

Mickey: I also want to be an important player for the team and actually be of importance within the team.

Nick: I also want to try and make as many minutes as possible.

One on one with Rik Smits