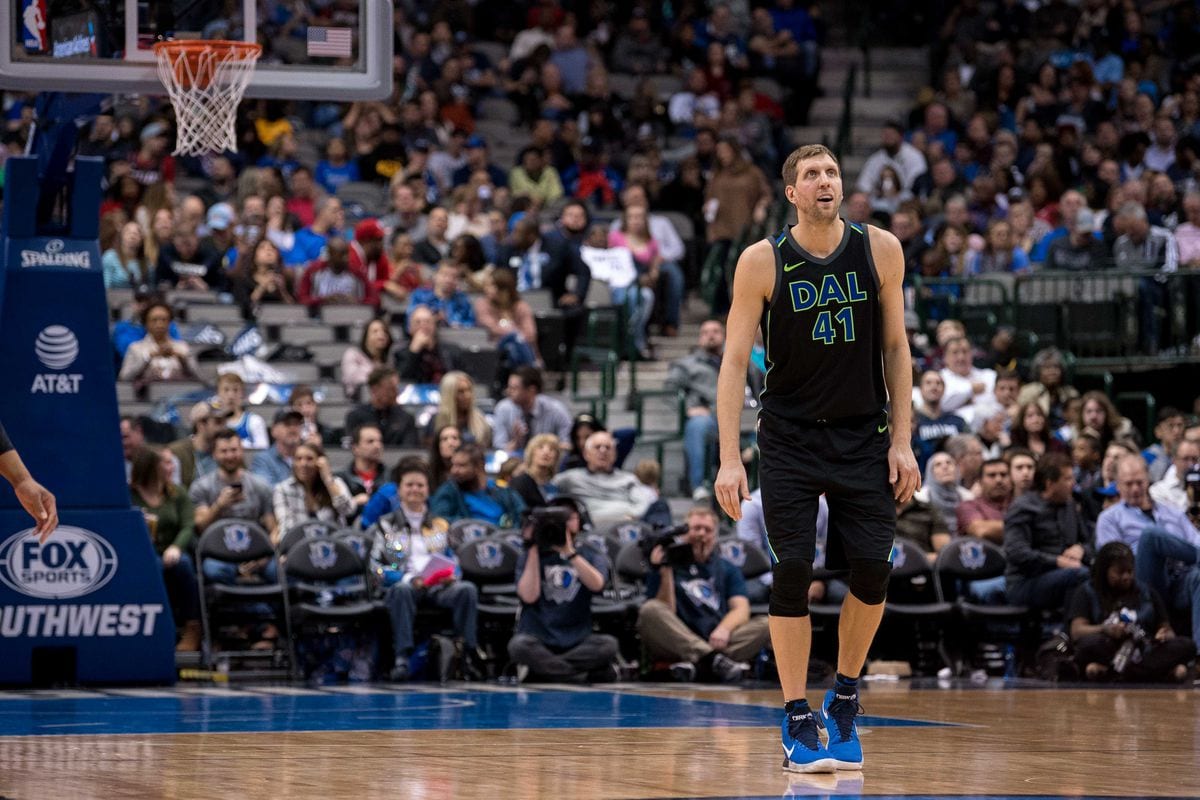 Yesterday, the last games of the regular season were played and that meant the horrible season for the Dallas Mavericks had finally come to an end. But, there was still light at the end of the tunnel, when Dirk Nowitzki announced he planned to return to the Mavericks for his 21st season. Nowitzki is still recovering for his season ending ankle injury, but if all goes well, we’ll see him back on the court in October.

Though he might not put up his All-Star numbers every night anymore, he is still a great asset to the team. At age 39, the Germanator was still averaging 24.7 minutes, 5.7 rebounds and 12 points per game. On top of that, Dirk played 77 out of 82 games and he started all of them. These numbers are definitely lower than during his golden years, it was actually his worst season since his rookie years, but almost every player would sign to put up these numbers at his age.

But, Dirk is also realistic. He spent his entire career with the Mavericks, is on good terms with the owner, and he knows they’ll have to prepare for a new era. The Mavericks will have to prepare for a time without their 7 foot German star, who has been part of their team since 1998. Therefore, it’s key for the Mavericks to acquire some great, young, talented players this summer, who one day might be able to take Nowitzki’s place. For next season, Nowitzki is even prepared to come off the bench.

But, the time to retire has yet to come for Dirk, and the goal for the next season has to be to win more games, have fun and teach as much as possible to the new players he can, as this probably actually will be his last season in the NBA.