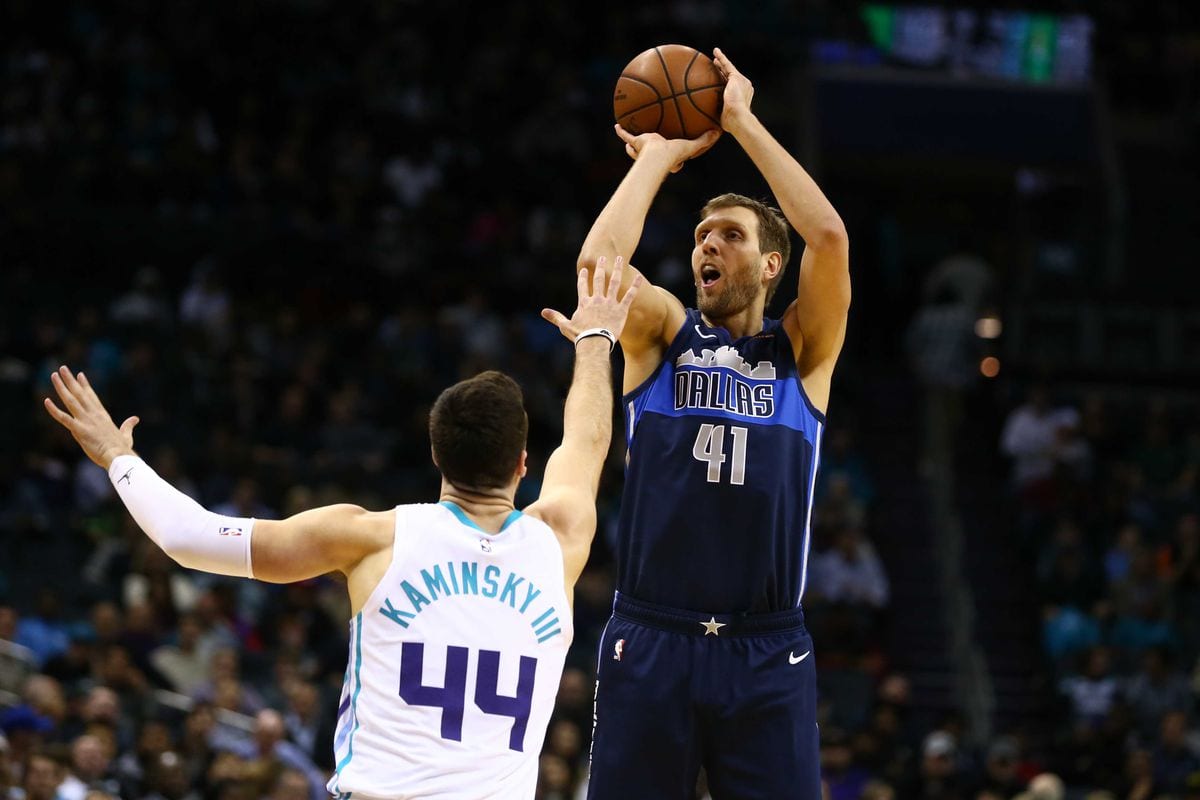 Yesterday, after the Mavericks’ last home game of the 2019 season, Dirk Nowitzki uttered words you know had to be said, but were hoping would never come: ‘As you guys might’ve expected, this was my last home game’. Do note, he never said the words: ‘I’m retiring’ out loud.

After entering the league in 1998 as a Maverick, after 21 seasons, Dirk is now retiring, still a Maverick. These days, it seems like players in the NBA continuously switch teams or are traded for other players, without there being any real loyalty in the league. This definitely isn’t the case with the German Wunderkind, Dirk Nowitzki. He entered the league in 1998 as a Maverick, and yesterday announced that he would leave the NBA this year, after 21 seasons, still a Maverick.

Nowitzki was originally drafted into the NBA by the Milwaukee Bucks in a three-way deal between the Bucks, the Suns and the Mavericks, which led him to be traded to the Mavericks immediately after the draft. Over the years, he could’ve gone to a lot of different teams, but always decided to remain in Dallas and even took pay-cuts so others could as well.

No one had expected that Nowitzki would make such an impact on the league, but he showed the way for the modern big men of the league, being mobile, shooting threes, and introduced his signature move, the one legged fadeaway jumper that tricked so many defenders over the years. These days, if you see a player using that move, you know who was his inspiration.

But, most important, he paved the way for European players to make the step to the NBA. When he entered the league, there was still a lot of prejudice surrounding Europeans, as a lot of them proved to be too light. First, it seemed that Dirk would go down the same road, as he struggled in his first seasons, but nothing was less true. Within a couple of years, Dirk was the most important pillar on the Mavs’ team. The highlight of his career came a couple of years later, when the Mavs won the 2011 title, and he was named the Finals MVP.

Though his All-Star days were already long behind him, he remained a great asset to the team on and off the court, and made sure his name wouldn’t be forgotten soon. Nowitzki also had a small victory this year, as he first lost his 6th place on the All-Time Scoring list to LeBron James, but later regained it by passing Wilt Chamberlain.

His season got even better when he was named a special roster addition for the 2019 All-Star game, together with the also retiring Dwyane Wade. Both players weren’t in All-Star shape anymore, but they’d meant so much to the league that it was the only right option. And no one appreciated it more than both Nowitzki and Wade.

Now, after 21 seasons, one championship, a MVP award, and Mark Cuban’s promise that his number will be retired and a statue of his likeness will be placed outside the Dallas arena, Nowitzki announced his retirement after winning his final game in the American Airlines Center.