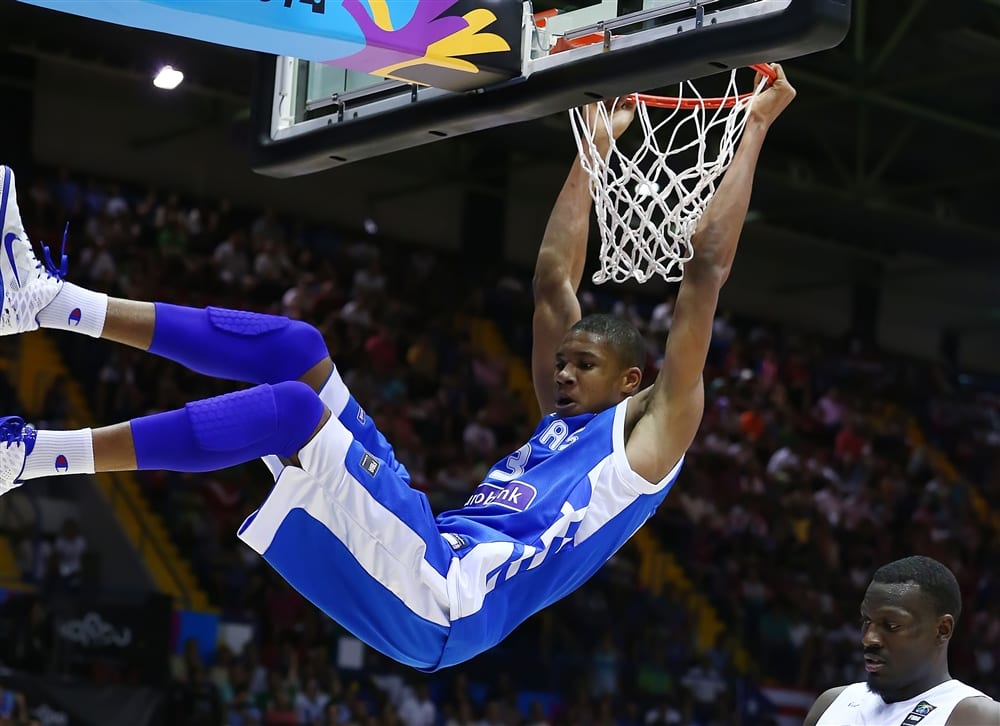 Giannis Antetokounmpo will participate in Eurobasket 2017, starting August 31st, but his road to the tournament is a strange one. Antetokounmpo started to prepare with his Greek national teammates for Eurobasket in July but missed a four-team tournament in his home country due to a minor knee injury. Fortunately, an MRI revealed the injury was not serious. He did play in a win over Montenegro last Friday, and left a good impression in his first international match of the season, scoring 20 points.

However, Antetokounmpo surprised a lot of people when he stated he cannot play with Greece on Saturday in London versus Great Britain.

In the official statement, it was written Antetokounmpo will be absent ‘due to an upcoming tour of China’. The British Basketball Federation was not amused as a lot of fans had bought tickets to see the Greek Freak play. Nevertheless, Antetokounmpo left for China on Tuesday (August 15) and will return on Sunday, just a week before the start of Eurobasket. The Milwaukee Bucks have decided they will send medical staff to China in order to check on Antetokounmpo after his recent injury. Greece will play Iceland in its first game of Eurobasket on August 31.

The China trip is not the only big trip of Antetokounmpo this summer. On July 19th he flew to the Philippines for another promotional Tour, ‘The Greek Freak Invades Manila’ show.