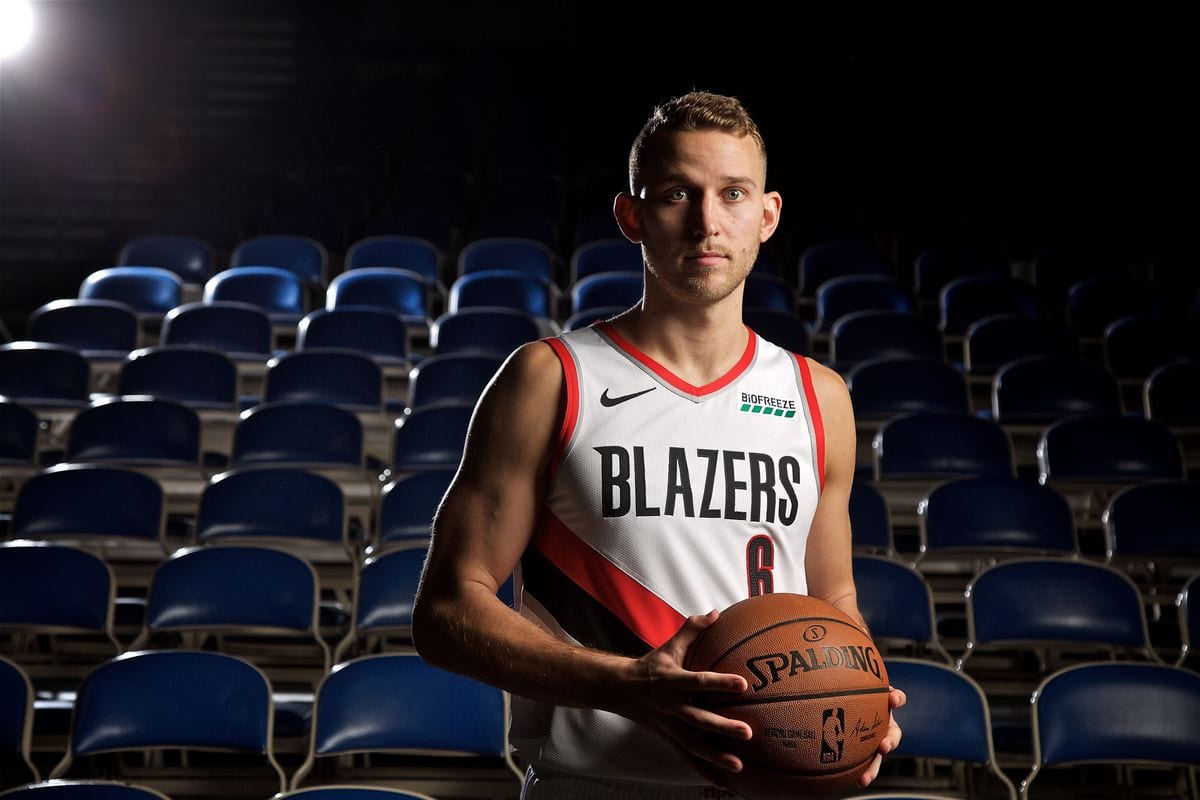 Choosing a (new) player in the draft is never a sure thing, though every team hopes to hit the jackpot with their pick. Unfortunately, you’ll never know how your prospect will adapt to the NBA, if his (old) injury will keep bothering him, or if he can actually reach his potential. It might be even worse for players who enter the league with a lot of expectations, as if they fail, they’ll fall a lot harder. As we’re taking the expectations into consideration, we’ll only choose players that were drafted in the top 10 of their year.

There were a lot of players that didn’t live up to the expectations of their draft, including Jan Vesely, Bismack Biyombo, Brandon Knight and Jimmer Fredette, but the most disappointing was Williams. His rookie season started out fine, and he seemed to fit in perfectly with the Timberwolves, the team that drafted him. But, his problem was that he wasn’t able to excel at one thing, and therefore missed skills that made him suitable for either to play at forward or power forward.

Now, Williams has joined Bayern Munich in Germany, and is doing a great job overseas. He has lead the team in several comeback games, and was named the MVP of the Euroleague in week 12 of this year.

Though Kidd-Gilchrist is still a decent player for the Hornets, and up until this season was a starter, he’s never quite been able to live up to the expectations. He came in to the NBA as a strong defensive player, but they still saw potential on the offensive side. Unfortunately for the Hornets and Kidd-Gilchrist, he’s never been able to develop those skills, and nowadays, we can only see him make lay-ups and shots just outside the bucket.

Of course, Anthony Bennett, the former no.1 pick for the Cleveland Cavaliers is the most disappointing draft pick that year, but he definitely wasn’t the only top 10 pick who didn’t quite meet the expectations. Cody Zeller, Alex Len, Nerlens Noel, Ben McLemore and Trey Burke haven’t lived up to their draft number either. Both Zeller and Len have been the starting center at least at one point in their career, but that was always for teams in the bottom of the standings. This year, Zeller’s Hornets are doing quite a good job, but even though he is starting, he doesn’t make much of an impact for the team.

So far, Stauskas made a career out of playing for rebuilding teams. He started playing with the Sacramento Kings in one of their difficult season, before being traded to the Philadelphia 76ers, who were still in the beginning phase of the Process. Stauskas played two good seasons there, though the 76ers didn’t win a lot of games (just 10 in his first year), but as soon as things were looking up for the Sixers, Stauskas fell out of the rotation. Next, he was traded to the Brooklyn Nets, who were also in the middle of rebuilding, and once again was given the minutes to showcase some of his skills that got him drafted. But, just a couple of months later, and a healthy Nets roster, he once again fell from the rotation.

The Portland Trailblazers should’ve been a new beginning for Stauskas, and once again he had a great start and tied his career high in points (24) in the first game of the season. Unfortunately for him, he was to inconsistent, and eventually the Blazers lost their patience (and trust) in him, and for the third time in his career, he fell out of the rotation.

Okafor is now with his third club since he came into the NBA in 2015. He was one of the victims of the rebuilding of the 76ers, and as Philadelphia eventually found their future center in Embiid, Okafor moved to the end of the line, and even became the 76ers’ fourth center. The Sixers and Okafor reached the consensus that Okafor would be traded, but as they couldn’t find the right fit, Okafor was kind of trapped in Philadelphia. When he finally could move on to a different team, the Nets and later the Pelicans, Okafor still wasn’t really able to make a difference, even though both teams, especially the Nets, allowed him a lot of time to get back in game shape.

Dragan Bender was quite an intriguing prospect when he was drafted by the Suns with the 4th pick. He was agile, could defend a guard if necessary, had an interesting skill set and was also a 7-footer. But, three seasons later, Bender still hasn’t been able to show his potential in the NBA. The Suns gave him a lot of opportunities last season, as he played all 82 games, but it almost seems like they’ve given up on him this year. Though the Suns has only won 9 games and are definitely tanking, Bender, still just 21 years old, has only appeared in 12 games. Now, he’s only getting minutes when other players are injured, so he can mostly be found at the end of the bench.

His lingering shoulder injury really hasn’t given him any chance to prove his worth in the league, but Fultz wasn’t able to convince in the games he was allowed to play. Of course, he got a triple-double of the bench, which was quite exceptionally, but even when Brett Brown inserted him into the starting line-up, the team didn’t seem to have a lot of trust in Fultz. Even though he was a starter, Fultz came off the bench in the second half, and now he’s once again sidelined with a mysterious injury. If Fultz can’t come back from his shoulder injury, or never is able to fix his once great shot, he might go down as the biggest draft bust in history.

Of course, nothing much can be said yet about this year’s draft picks, as we’ve just passed the half way point of the season. Every rookie needs the time to adapt, and of course, it can’t be easy as a rookie to play for a tanking Suns, but hopefully things will be better for Mikal Bridges for now on, as he has impressed the least of the all the top 10 picks. He’s played in all 42 games, while averaging 26 minutes, so the Suns are definitely giving him a lot of opportunities, but he hasn’t really been able to use them. Deandre Ayton, the other rookie on the Suns team (1st pick), on the other hand, has been really getting the most out of the minutes he’s given, and is now averaging 17 points and 10 rebounds.