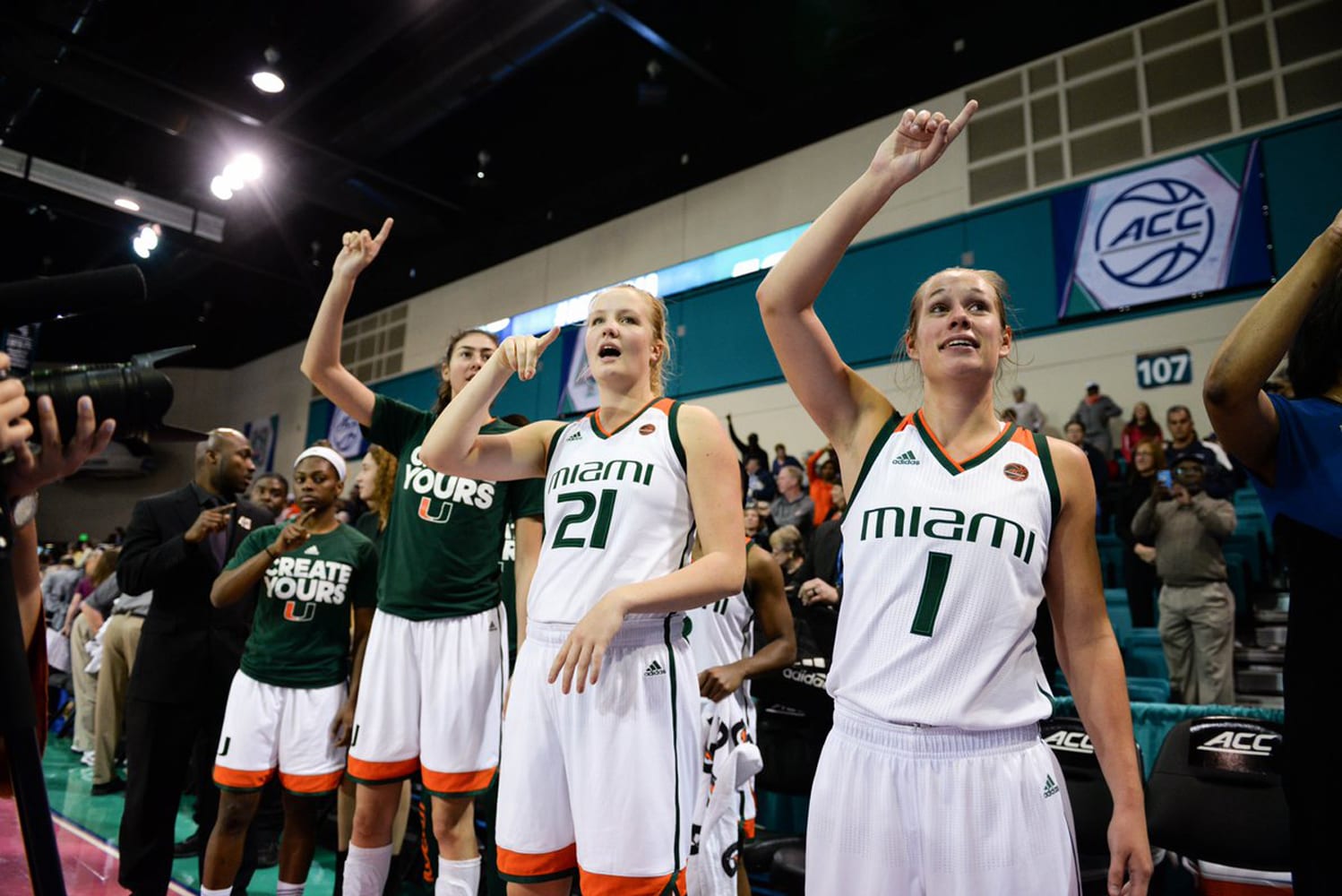 On Friday, the NCAA women’s Tournament is also set to begin. A total of 64 teams will compete for the NCAA Tournament Championship. On Sunday, April 1st, we’ll know which team has crowned themselves the Champion. There are also a couple of Dutch players competing in the Tournament, and we’ve highlighted these players for you.

Emese Hof plays for the Miami Hurricanes and is currently in her third year at the University. It’s the third time in three years that they’ve made it into the Tournament. This season, she is averaging 22 minutes, 8.8 points and 5.4 rebounds per game.

Laura Cornelius also plays for the Miami Hurricanes, and she started playing there at the same time as Emese Hof. She has red-shirted this season after she tore her ACL before the season

The Miami Hurricanes will play their first game on Saturday against Quinnipiac.

Amazone Utrecht: Ladies who play with passion and pride