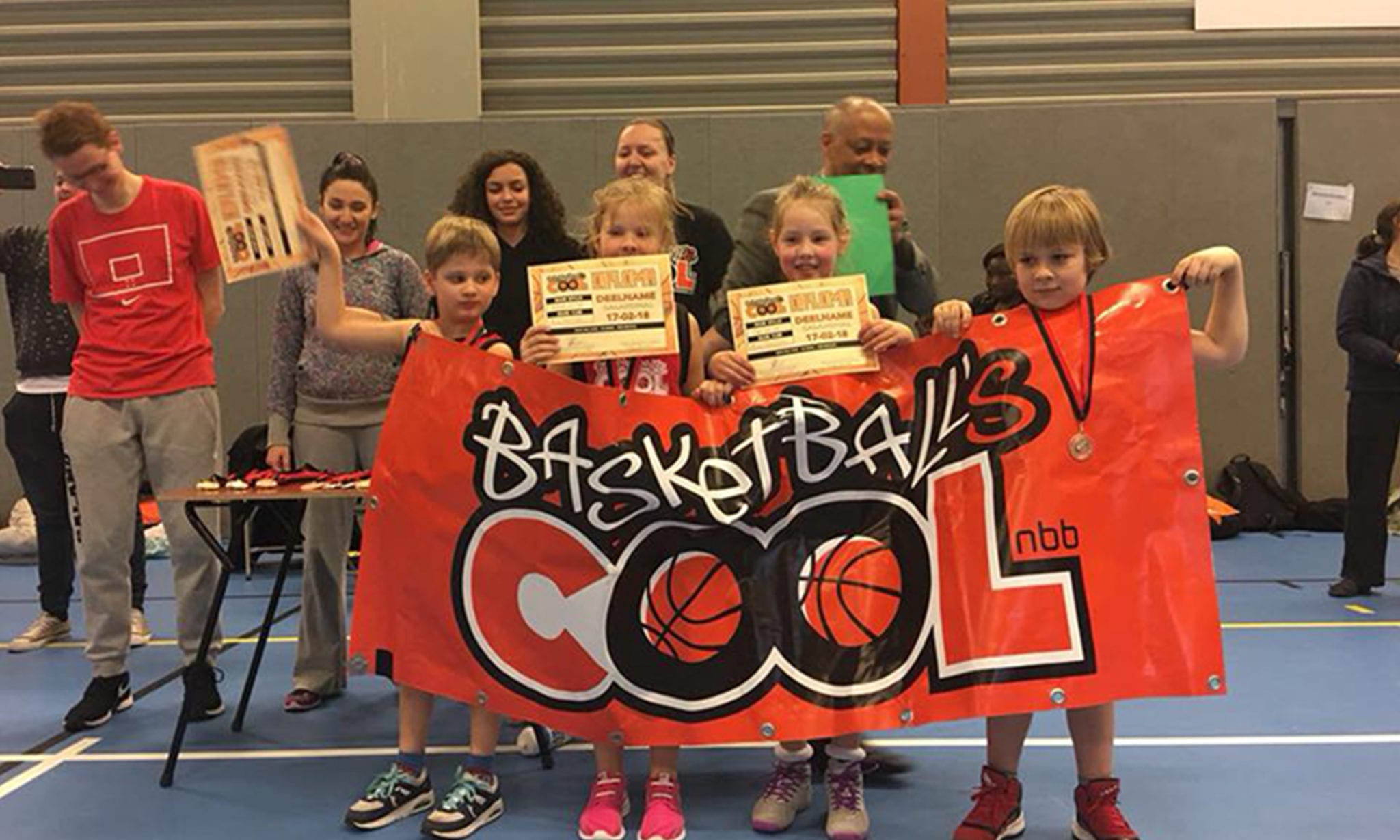 Amstelveen, a neighbor city of Amsterdam, where almost 90.000 people live, and is located near beautiful forest and other nature stuff. Many kinds of sports are played by people who live in Amstelveen, for example soccer, tennis, hockey, chess and korfball. Basketball is one of these sports. In the seventies, Amstelveen had a popular basketball organization called Kinzo Amstelveen. Between 1975 and 1977 Amstelveen became the Dutch Champion twice, but in 1982 they already played their last season in the highest league of the Netherlands. Is there still a basketball team in Amstelveen? Sure there is! It’s an organization with quick plays within 5×5 and 3×3 basketball: MBCA. In this article David Pablos and Rick Blom will introduce you to MBCA.

If you know the full name of MBCA then you also know when this organization is founded. MBCA means Millennium Basketball Club Amstelveen, founded in 2000. “Before MBCA was founded, the former basketball organization in Amstelveen called 3-ES Piranha’s Amstelveen went bankrupt. A lot of people in Amstelveen still wanted to play basketball and that’s the main reason why MBCA was founded,” according to Blom. David Pablos joined a couple of years ago at MBCA. “In 2010 there were only 4 teams remaining. We were almost bankrupt, so MBCA searched for new enthusiastic people for the board of this organization. That’s why me and Rick joined MBCA.” The games were played in a small gym in Amstelveen, but that’s different now. The Goudsmithal is the main home court of MBCA. MBCA’s vision is wide in a lot of different ways. “The development of our players is our number one priority. Of course, our teams which plays all over the country must win their games. What I mean is that the players in our U10, U12 and U14 have to develop themselves to get better,” Blom says. “It’s an organization where everyone who wants to play basketball can join us. No matter what kind of player you are and in which kind of level you can play,” according to Pablos. “All our first boys teams from U12 to U20 play at national level this season, which is good for their development.” 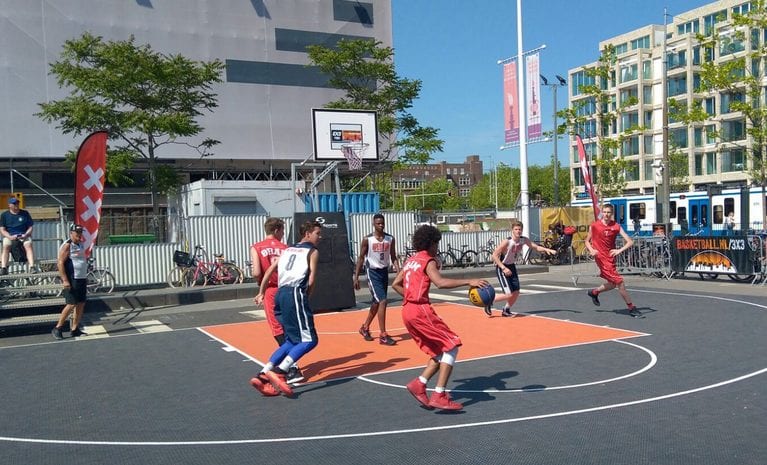 The Basketball’s Cool; the heart of MBCA

As the years passed by, both Pablos and Blom looked for ways to revitalize basketball in Amstelveen, ways to make basketball bigger and where children can feel like it’s their home. For that, they launched the Basketball’s Cool (Bcool) concept, where children identify themselves within a fantastic sport like basketball. “It’s a great concept,” both Blom and Pablos agree. “Bcool Amstelveen is the largest in the Netherlands with 100 kids every Saturday. The main activity of Bcool is to scout for our U10/12 teams and try to get them to play competition. Mainly because of this concept we have grown from 4 to 30 teams. Not only that, we also have reached more than 300 members! At the moment we’d really like to have more female players at MBCA. We only have four women basketball teams within MBCA; three of them are playing in three V12 teams and the other players are playing in the V16 team.” 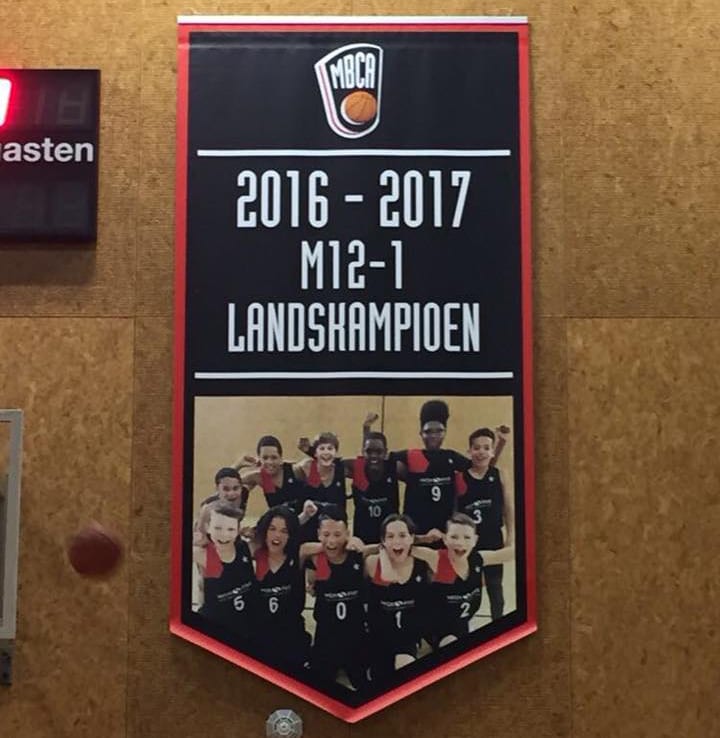 During last summer’s Streetball Events in the Netherlands, MBCA won a lot of those events. They played with organized offense and defense, mainly fulfilling quick plays in the offense. What’s the secret behind the 3×3 prizes?

“We both are high qualified 3×3 basketball coaches,” according to Blom and Pablos. “We wrote out lots of practices for this kind of basketball sport. Urbian Vreds helped us with that, which was a great success! We played a lot of those 3×3 tournaments in the beginning. Later on we wrote out less practices, but didn’t stop playing tournaments.” Pablos: “Our youngest children start playing 3×3 at the Bcool. I see 3×3 basketball as a season’s extension. It’s good that our children are learning more within basketball, some kind of new skills or strategy.” Blom agrees with that. “It’s also a different type of playing basketball. The rules are different, it’s more dynamic, so if you don’t know the basics of 3×3 then a great 5×5 player will not win against a 3×3 player. You have to know the specialty of 3×3 basketball in order to make a great performance of 3×3 basketball.”

The outdoor Streetball Masters will begin soon. Who knows what MBCA is capable of this year!