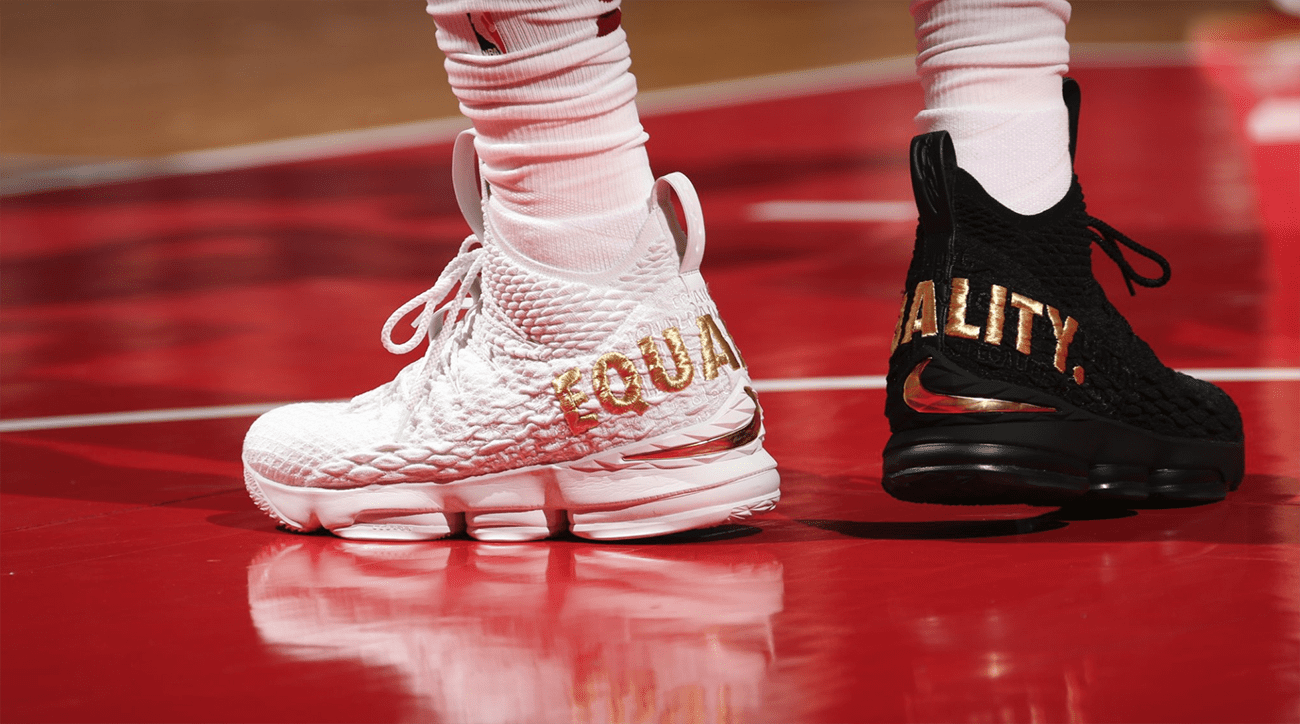 Stores to visit when you are in Toronto

Last night, during the game against the Washington Wizards, Lebron James made a statement by wearing two different colored shoes. In the arena about a mile away from the White House, James wore one white shoe and one black shoe with the word ‘EQUALITY’ on the back of each.

Lebron did not mention his name, but it was clear he wanted to send a message to President Donald Trump. After the game James made a statement on the way he feels about the things that are going on in the United States, saying: “This is a beautiful country and we’re never going to let one person dictate how beautiful and how powerful we are.”

James then referred to his past discussions with President Trump, saying: “Obviously, I’ve been very outspoken and well-spoken about the situation that’s going on at the helm here. Equality is all about understanding our rights, understanding what we stand for and how powerful we are as men and as women, black or white or Hispanic. It doesn’t matter your race.”

This obviously wasn’t the first time Lebron James had something to say about the president. Earlier this year he called Trump a ‘bum’ on Twitter in the discussion about Stephen Curry not being invited to the White House. James also clashed with Trump when the president took the chance to criticize American Football players who kneeled during the National Anthem to raise awareness of racial inequalities.

James isn’t the only one in the world of sports who has something to say about the president’s way of handling things. After Trump revoked Curry’s invitation to the White House, an NFL player of the Buffalo Bills, LeSean McCoy, took to Twitter and said: “It’s really sad, man … our president is an asshole.”. This was followed by many people associated with the NBA or a different kind of sports expressing their feelings about the event.

The NBA is more than 74% black, and the NFL almost 70%. These are US’s most celebrated black men, and President Trump decided to poke them. What he didn’t expect was the world of sports poking back, creating a slowly growing rise against the current President.

Stores to visit when you are in Toronto