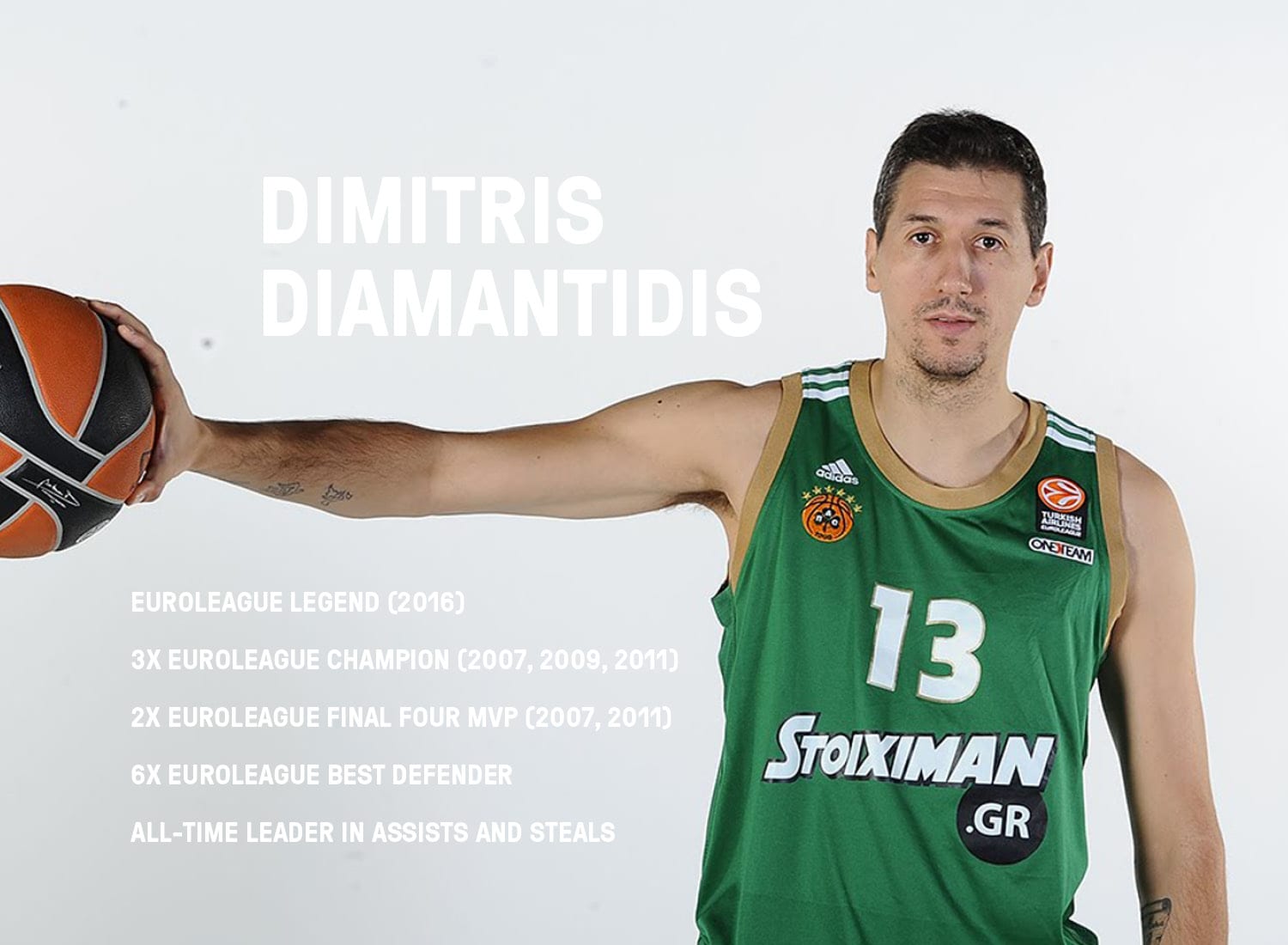 That year, Diamantidis was only 23-years-old, but he performed at such a high level that he managed to become the Greek League MVP, as a player of that same Thessaloniki. In the history of the Greek league there are two teams that are just a little bit better than the rest: Olympiacos and Panathinaikos. Whenever a player performs well, there is a very big chance he will move up to one of those clubs the next season. And that was exactly what Diamantidis did as; just before the 2004-2005 season he started playing for Panathinaikos.

That turned out to be the only move he would make throughout his career, as he continued to play for Panathinaikos for 12 consecutive seasons. He had such an outstanding career that he received the Euroleague Basketball Legend Award in 2016. This award was only given out to four other people, Sarunas Jasikevicius, Juan Carlos Navarro, Ramunas Siskauskas and Theodoros Paploukas.

Throughout his career, he won 3 Euroleague Championships (2007, 2009, 2011), a Euroleague MVP award, two Euroleague Final Four MVP awards and four All-Euroleague First Team selections. Furthermore, he also won 6 Euroleague best defender awards. And then we haven’t even counted all the prizes he won in the Greek League. 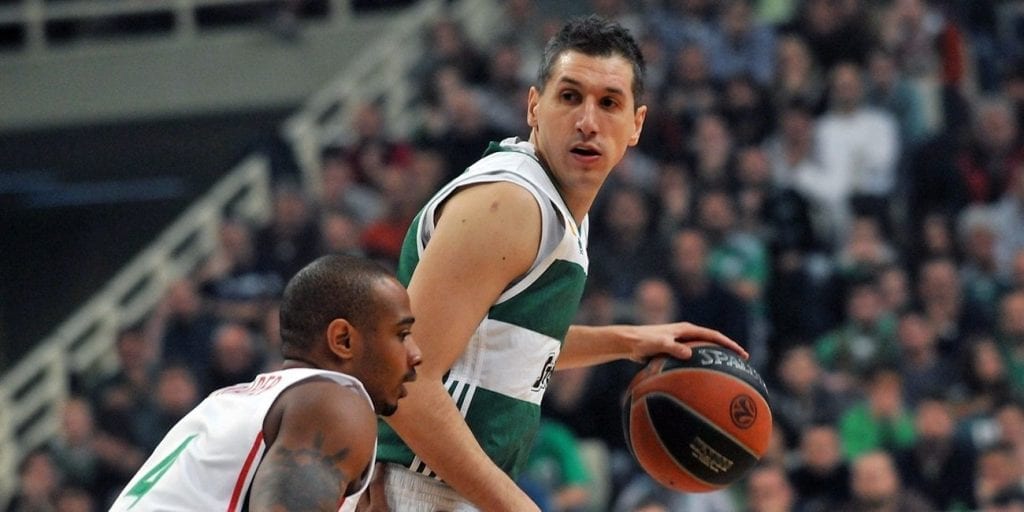 Besides his club career, he also had an extensive career playing for his country of Greece. In 2006, he was part of the team that upset the USA in the semi-finals of the FIBA World Cup. Diamantidis himself scored 12 points, 3 rebounds, five assists, two steals and was a major part of their victory as he continued to pass the defense at his will throughout the entire game. In the end, Greece ended up with the silver medal. Years later, in 2014, Mike Krzyzewski, the USA Coach, said in an interview that Greece was the team that had shown the USA how to play internationally.

In 2016, Diamantidis decided to retire from professional basketball. Throughout his career, he had already won 9 Greek League titels, but that year Panathinaikos lost in the finals of their biggest rival, Olympiacos. T

herefore, Diamantidis did not end his career as the Greek Champion, but he was named the most popular Greek League player, selected into the All-Greek League Team, Euroleague Basketball Legend and he was chosen as the Greek Cup MVP. But, most important, his number, number 13, was retired by Panathinaikos.