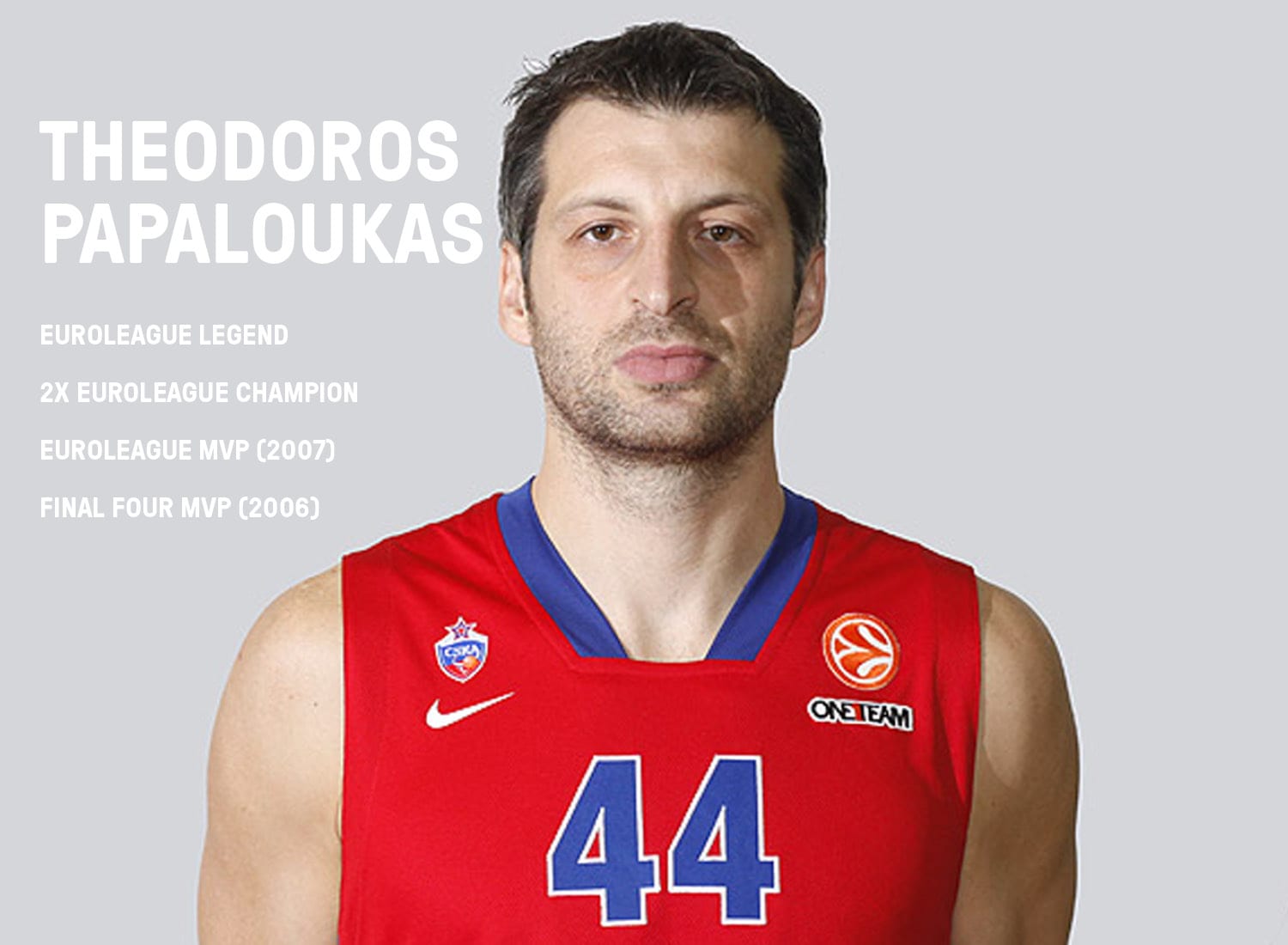 The biggest fashion trends of 2017

Most stars have to be starters to be able to make a real impact on the game. This is definitely not the case with Theodoros Papaloukas. Throughout his career, he mostly came off the bench, but he still managed to make a real impact on the game, or even change the whole course of the game. He is also the only player in Euroleague history to become MVP while mostly starting from the bench. Papaloukas depended on his speed, his great passes and he was able to play on different positions, both offensively and defensively.

In 2001, when he was 24-years-old, he made the step to go and play for Olympiacos, one of the best teams in the Greek League, and that was also competing in the Euroleague. Therefore, he was also able to make his debut in the Euroleague, though he didn’t make a lot of impact on the game yet. His years as one of the top contenders in the Euroleague would still have to come.

It was very promising when he moved up to CSKA Moscow in 2002, one of the top contenders in the Euroleague, but his first three years were quite disappointing. In the 2005/2006 season, he had his real breakthrough, as he was one of the most important players to help CSKA win their first title in 35 years. That season, he was voted Final Four MVP and part of the All-Euroleague First Team. The following season, CSKA lost the finals to Panathinaikos, but Papaloukas still won the MVP award. This was quite special, as he only started three games in the entire season. Papaloukas achieved another unique thing that season, namely that he won two European titles in one year. Besides his Euroleague title with CSKA, he led Greece to a gold medal at the 2015 Eurobasket. Thereafter, he was voted FIBA Europe Men’s player of the year 2006.

After the 2007-2008 season, when CSKA won another championship, Papaloukas returned to his home country of Greece and his former team, Olympiacos. He managed to lead them to the Final Four two out of three times. Thereafter, he continued his journey to Maccabi Tel Aviv, but this was quite a disappointment for him. Where he averaged between 16 and 25 minutes per game the previous years, he only played nine minutes in one single Euroleague game (and 8 in the Israeli league). He was released at the end of the season, which led to his semi-retirement. Fortunately, he was invited to a try-out by his former team, CSKA, in December 2012, and they decided to give him a contract. He made his debut on December 28th. His return to CSKA allowed him to retire in style at the end of that season.

On December 12th 2013, a couple of months after his retirement, he was honored with the Euroleague Basketball Legend Award. He was the first player ever to receive this award.

The biggest fashion trends of 2017