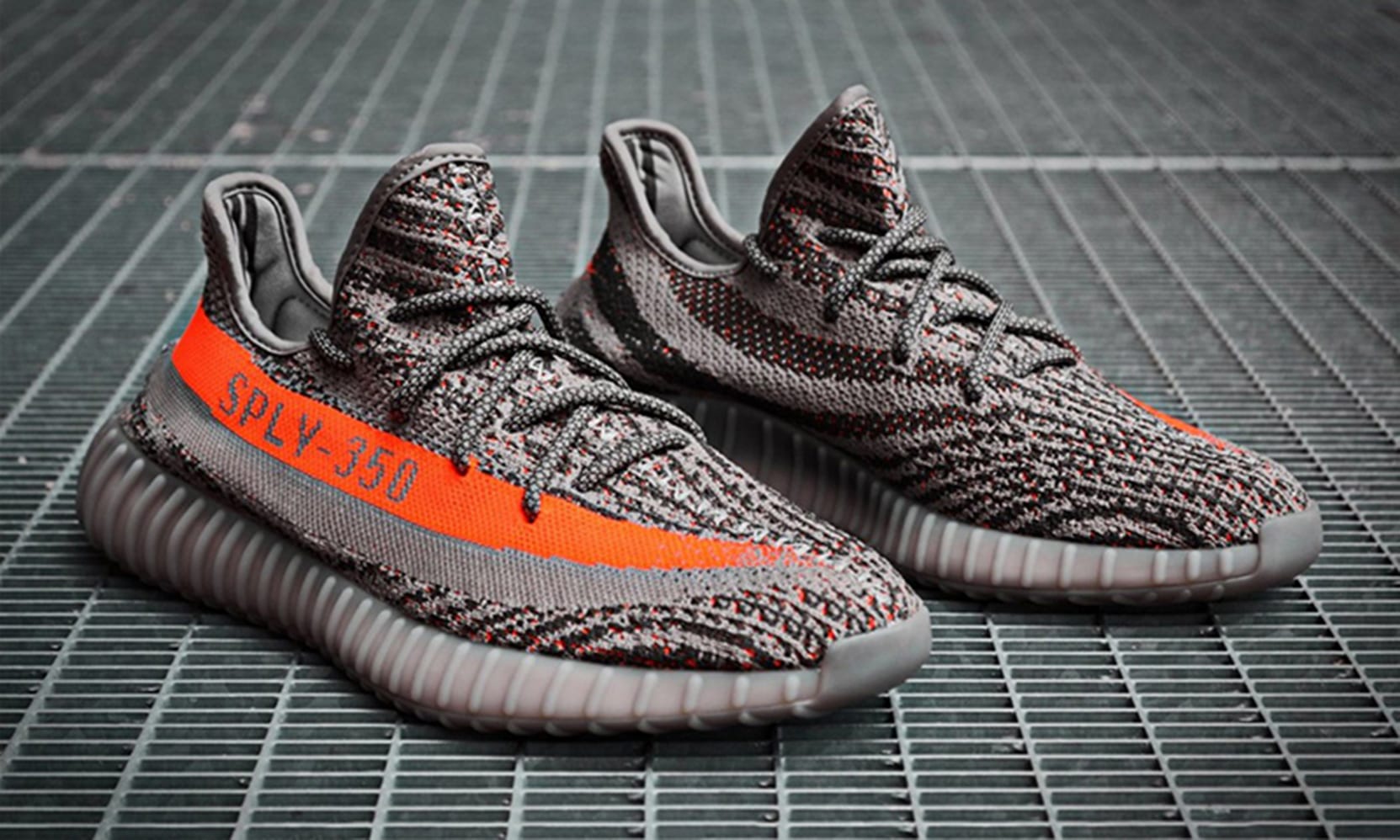 These shoes were first seen in 2008, on Kanye’s Grammy Performance. At that time, people were unaware of his Nike collaboration. In 2009, the shoe was released in three different colors (Zen Grey, Blink and Net). The retail price was $215. The people had mixed opinions about the shoes, but eventually, the high-top silhouette went on to become highly influential in footwear.

Let’s go back to that great sport we love to talk about. That is right… basketball and the NBA! That is where the hype started bubbling about the Air Yeezy. NBA players wore them while on the court, and short after they were worn on the red carpet. Also this shoe was released in three different colors (the Platinum, Solar Red and Red Octobers).

Kanye moves to adidas. Even though Nike offered him more money, adidas offered him full creative reign. The collaboration and release was streamed for free to 50 cinemas in 13 countries around the world. So in 2015, people got to see what the silhouette looks like. Until now there are four color ways that have been released in this model. “the Brown/ Carbon White-Light Brown, Glow in the dark, Triple Black and Chocolate”.

That same year the silhouette of the Yeezy Boost 350 was released. That silhouette ended with four colored: The Turtle doves, Pirate Blacks, Moonrocks and the Oxford Tans, retailing for $200. The knitted design was simple and comfortable.

The Yeezy Boot is more a duckbill than a sneaker. Its thick sole has deep grooves, so you have more grip then normal. The suede detailing and the lace- up system gives a simple touch to the shoe, retailing for $585. There are a few different color ways you can choose of: Peyote, Moonrock, Turtle Dove, chocolate and Black.

This was a remake of the first 350s, but the design is slightly different, it’s a bit more complex. The sneaker has a different pattern and there is a stripe on the outside of the shoe and on that stripe it says SPLY-350 what stands for Saint Pablo Love You, The shoes were released after Kanye dropped his album “The Life of Pablo”. The first Color way that was in the stores is called the beluga and after that the Copper, Green, Red, Oreo, Bred, Cream white, Semi Frozen Yellow, Blue Tint and the Beluga 2.0. Retailing for $220.

Now Kanye is still collaborating with adidas but he also has his own line that does not include Adidas. The first shoe that didn’t include adidas was this one right here. It is part of the season 2 collection offering a more refined look, this elevated and stripped down version is less athletic than previous releases, complete with a butter soft suede uppers and a thick rubber crepe sole. This shoe is also made in Spain not like the previous releases. retailing for $645 it has two color ways: Taupe & Black.

Having truly created his own unique vision of contemporary sportswear, Kanye West returns with the eagerly-awaited Yeezy Season 3. With each collection West looks to further evolve his distinctive footwear with Season 3’s Military Boot sure to become an instant classic. Retailing for $645, you can get them in the color ways Onyx Shade, Burnt Sienna and Rock.

Back to another pair for Adidas, These retro sneakers where a update of an Adidas trainer from the 80s. They feature a premium white leather upper with perforated striped, green Adidas branding and a red Trefoil logo. Retailing for $120 and there is just one color way for now!

The last sneaker that came out! A new silhouette that looks amazing. It debuted during the Yeezy Season 5 fashion show in 2017. Retailing for $300 and was only available in the Yeezy Supply online store. But no worries! This shoe is going to be dropped again worldwide in 2018.