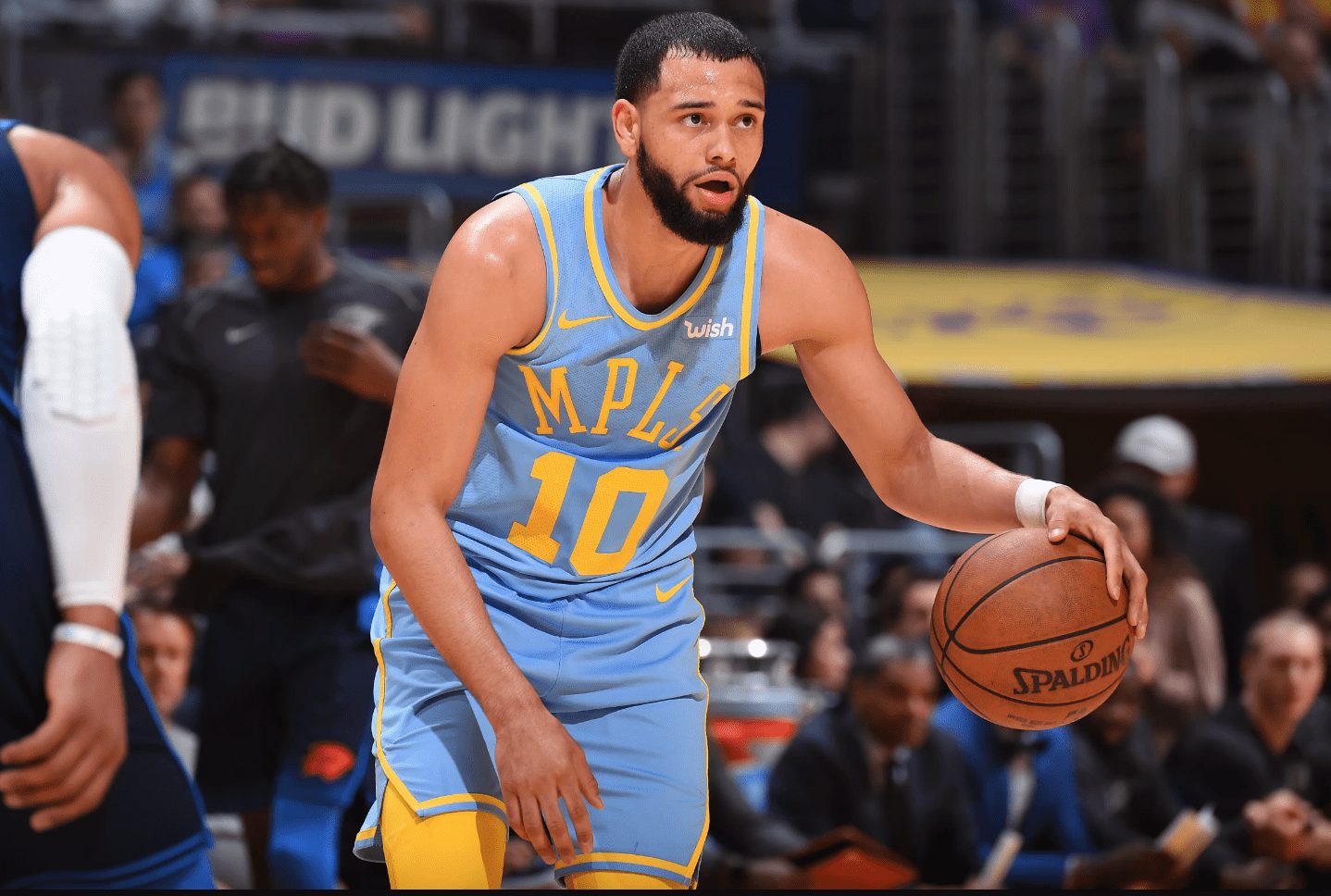 Not all players who are drafted into the NBA, or sign a contract as an undrafted free agent, can stay in the league until they retire. Some players can’t adapt to the playing style or speed of the league, some players are just not with the right team, while others want to return to their country of origin. These players couldn’t (or don’t want to) make it in the NBA, and decided to play overseas.

Ennis was the 18th pick in the 2014 draft by the Phoenix Suns, and he spend half a season with the Suns, before he was traded to the Milwaukee Bucks. In the meantime, Ennis was also assigned to the D-league’s Bakersfield Jam (now North Arizona Suns) several times during those months. Ennis ended up playing the most games (76) and minutes for the Lakers. At the end of last season, the Lakers decided to waive him. Instead of signing with another NBA team, Ennis decided to go overseas and sign with Fenerbahçe. Unfortunately, Ennis broke his shinbone a couple of games into the season.

Shved could’ve been quite successful in the NBA, but his coaches never gave him enough minutes to prove himself. He was traded three times in his three years in the league, and ended up playing for the Timberwolves, Sixers, Rockets and Knicks. He returned to Russia in 2015 and signed with Khimki. In 2017, Shved was the VTB United League MVP, and last season, he was named to the All-Euroleague Second Team, and was awarded the Euroleague Top Scorer Trophy. He could’ve returned to the NBA this season, as he got offers from four different NBA teams, but he wanted to stay with Khimki.

Thanasis Antetokounmpo is the oldest Antetokounmpo brother, and was the first to play in the NBA. Of course, he ended up only playing two official games for the New York Knicks, and several games with both the Delaware 87ers and Westchester Knicks. Now, both Giannis and Kostas are in the NBA, though Kostas still has to make his official NBA debut for the Mavericks. The youngest brother, Alex, is still in high school and won’t be eligible until 2021, but he is seen as a project.

In 2017, he returned to Greece to play for Panathinaikos, and he has been quite succesfull doing so. Last year, Antetokounmpo was a Greek League All-Star, the All-Star MVP, the Greek League Most Spectacular Player and Panathinaikos won the championship.

O’Bryant played 147 games in the NBA for Milwaukee, Denver and Charlotte. He made his way into the league via 10-day contracts twice, both with Denver and Charlotte. Denver made him return to the D-League after, but Charlotte signed him to a multi-year deal. Later, they traded him to the Knicks for Willy Hernangomez, and waived him soon after. Now, O’Bryant has a one-year contract with Maccabi Tel Aviv. He has adapted to the playing style in Europe quite quickly, as he has shown both his scoring abilities as well as his defensive aggressiveness.

Taylor was the first 2nd round pick for the Charlotte Hornets in 2012. He ended up playing 132 games in the Hornets’ shirt, but it could’ve probably been more if he hadn’t gotten a 24-game suspension without pay after pleading guilty to domestic violence. Taylor is now one of the top defenders of Real Madrid. Though his numbers on the stat sheet aren’t very high, Taylor plays the second most minutes on the team.

Tornike Shengelia played in the NBA between 2012 and 2014, before signing a contract with Baskonia. He’s definitely not done with the NBA, as Shengelia has an NBA opt-out in his contract, meaning that the road to the NBA is always open for him, should a team want him. He has done quite well for himself in Europe, being named to the All-Euroleague First Team last season, as well as finishing behind Luka Doncic for the Spanish League MVP award.