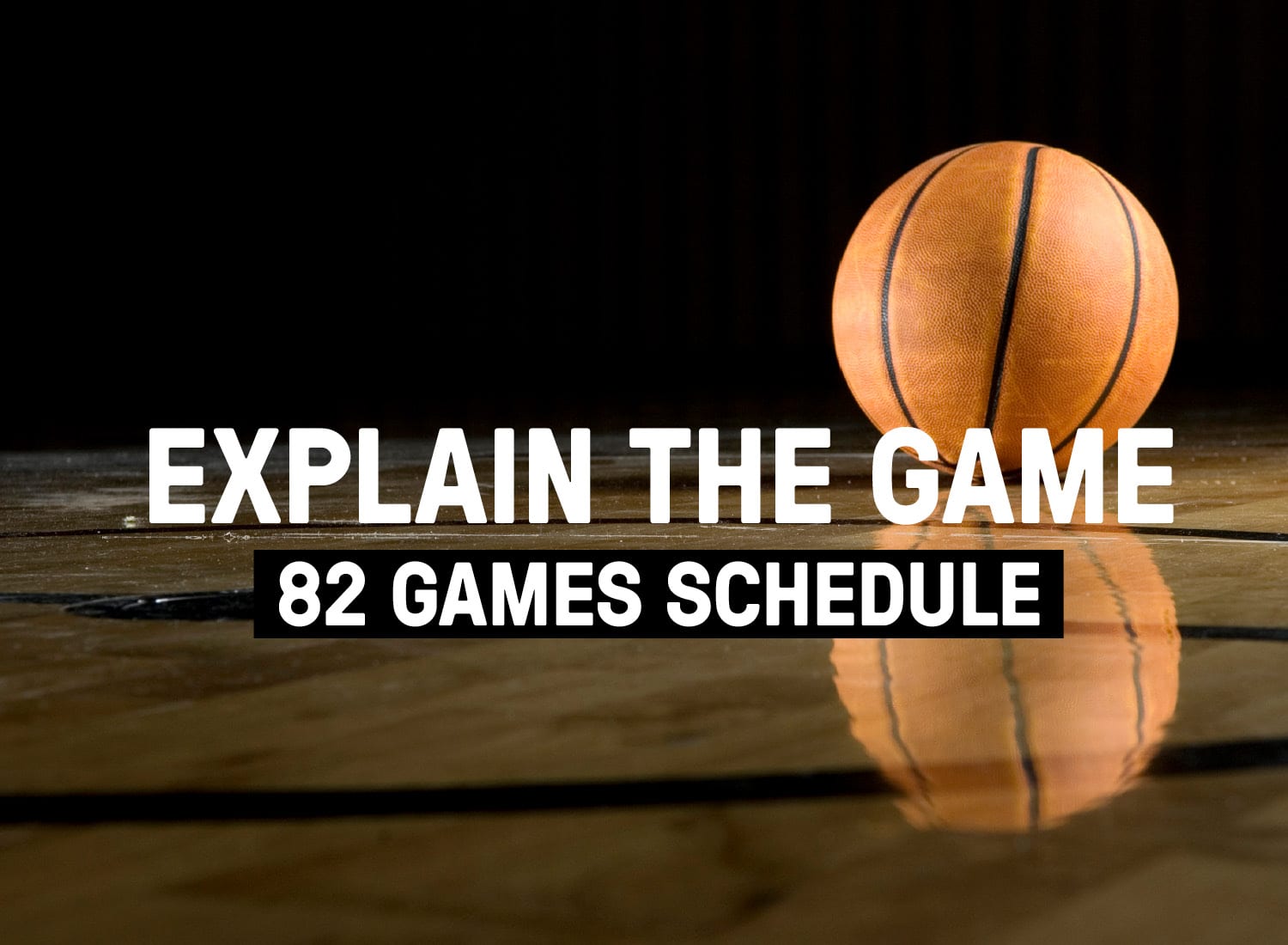 The last few years, a lot of players have complained that 82 games per season takes too much of a toll on their body, but so far no steps are taken to actually shorten the number of games. So far, the NBA did decide to add an extra week to the schedule to reduce the number of back to back games a team had to play in a season.

When the NBA was founded, each team only played around 60 games per season, but that number soon went up when new franchises joined the league and the NBA began to earn more money. The first time NBA teams had to play 82 games in one season was in the 1967-1968 season. That season, two expansion teams, the San Diego Rockets and the Seattle SuperSonics, joined the league. Therefore, the total amount of games went up from 81 to 82 games per season. At that point, the NBA had 12 active teams, which meant that each team had to play against each team in their conference eight times, and against teams in other conferences seven times. Since then, 18 more NBA teams have joined the league, but the amount of games per team has stayed the same. Now, each team plays about 3.5 games per week in about 165 days.

The NBA uses a formula to decide on the scheduling of games. That formula consists of 5 different factors that can be divided in different categories. The five factors are: the scheduling formula, court availability, official breaks, conflicts and broadcasters.

Before the end of the previous season, every team has to submit a list with 50 dates their home court will be available, under which 4 Mondays and 4 Thursdays.

There are several pre-determined days when there are no games, such as holidays and during the All-Star weekend.

Some NBA teams play on courts or arenas that house several professional sports teams, such as the LA Lakers and the LA Clippers and the NY Knicks and the NY Rangers (NHL). These scheduling conflicts have to be resolved beforehand. For example, there has to be enough time between a Knicks and Rangers game, so they can convert the court.

The broadcasters pay a lot of money to gain the rights of the NBA, therefore they have some say in when games will be played. For their convenience, the time a game starts can be moved to better fit their broadcasting schedule.