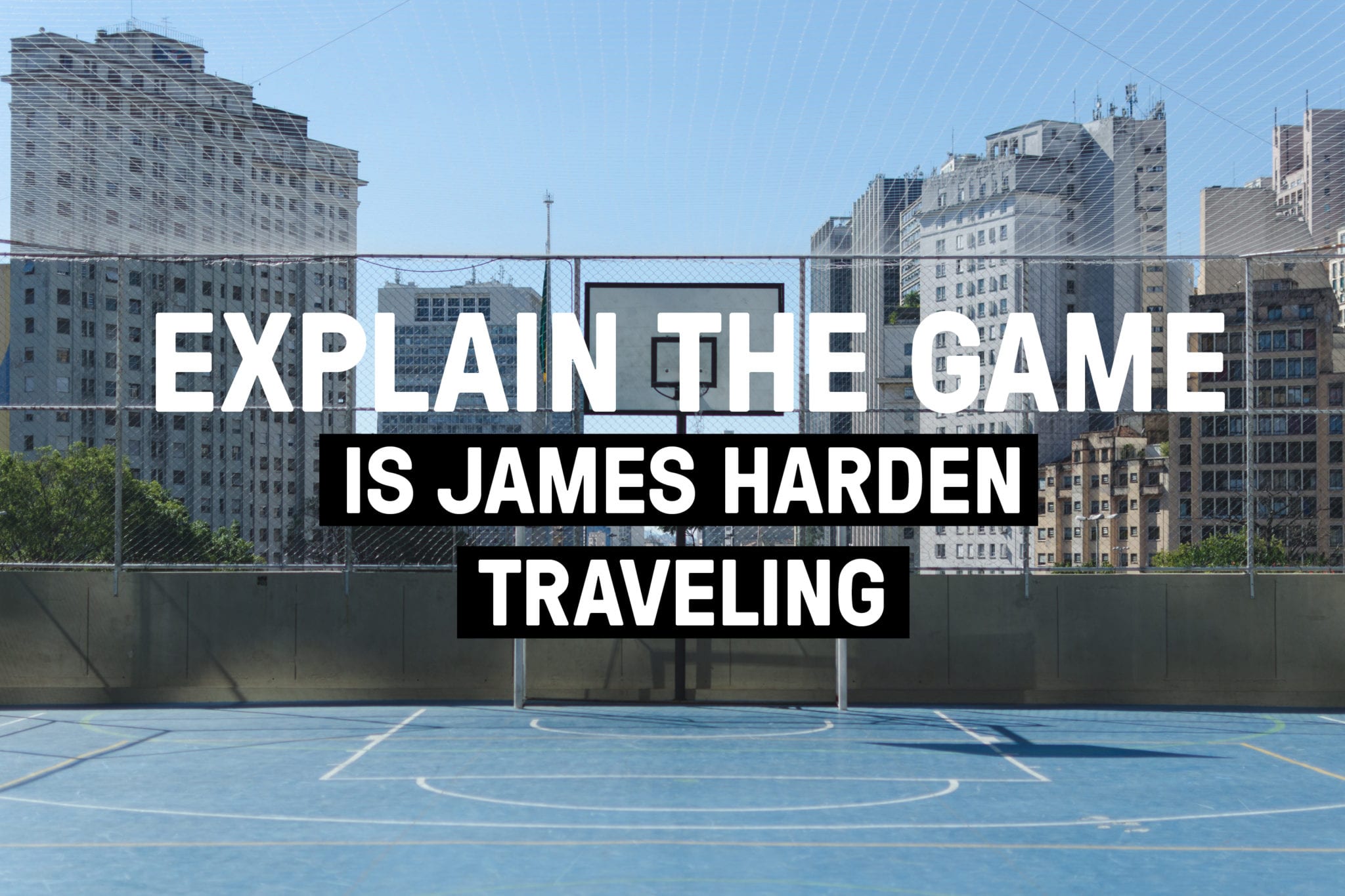 These days, not a game goes by without a player traveling being a point of discussion. Whether it’s LeBron James or Russell Westbrook who take 6 steps before putting the ball on the floor, or James Harden and Steph Curry who do the exact same step back move, but only one of them gets called back because of it. Though the traveling rule seems to be a simple one, it’s more difficult than you might think.

On paper, the rule is quite clear: “If a player takes three steps or more before dribbling, or changes pivot foot, it’s a traveling violation”. That means a player can take a step while gathering the ball, and then another two steps before he has to dribble. If this isn’t the case, the offensive team loses the ball to the opponents.

But, the rule is a lot more complicated than it seems, all because of the so called ‘gather’ rule. This rule allows the player an extra step (or two) before he has to dribble, or make a different move, as long as he hasn’t gathered the ball in two hands. In other words, any steps a player takes while still catching the ball don’t count as your two allowed steps.

This rule definitely speeds up the game, as it gives players more room to manoeuvre and maintain their speed, but as it’s also the refs call to judge when the ball has been gathered, it makes it more difficult to make a traveling call. On top of that, as long as you make it look good and do it fast, there’s only a small chance that the refs will actually whistle. That’s not entirely their fault, as the game goes by so fast, and all players move so quickly and smoothly, it’s difficult for the refs to judge every move. So, if a move looks smooth, natural and skilled, there’s a big chance you’ll get away with it.

James Harden’s step back shot is a good example of how difficult it can be to make the right call. He’s become so skilled in the move, that he knows exactly when to take the ball in both hands. As you can see, he doesn’t touch the ball with both hands, until he has jumped back, and that means he still has two legal steps he can take, before having to take the shot. It’s quit blatant that he put in a lot of hours on perfecting this moves, as he rarely actually makes the traveling violation. Of course, it happens once in a while, but it rarely gets called.

In the beginning of January, Steph Curry tried to duplicate the Harden move, as he wanted to show that Harden gets an unfair advantage by all refs. But, when he tried to imitate the move, Curry forgot just one thing: to actually duplicate the move and to not travel. If you look at the video, you can see that Curry gets the extra ‘gather’ step, then pick up the ball with two hands, and then takes another three steps. Therefore, he does travel, and the refs make the right decision to call it.