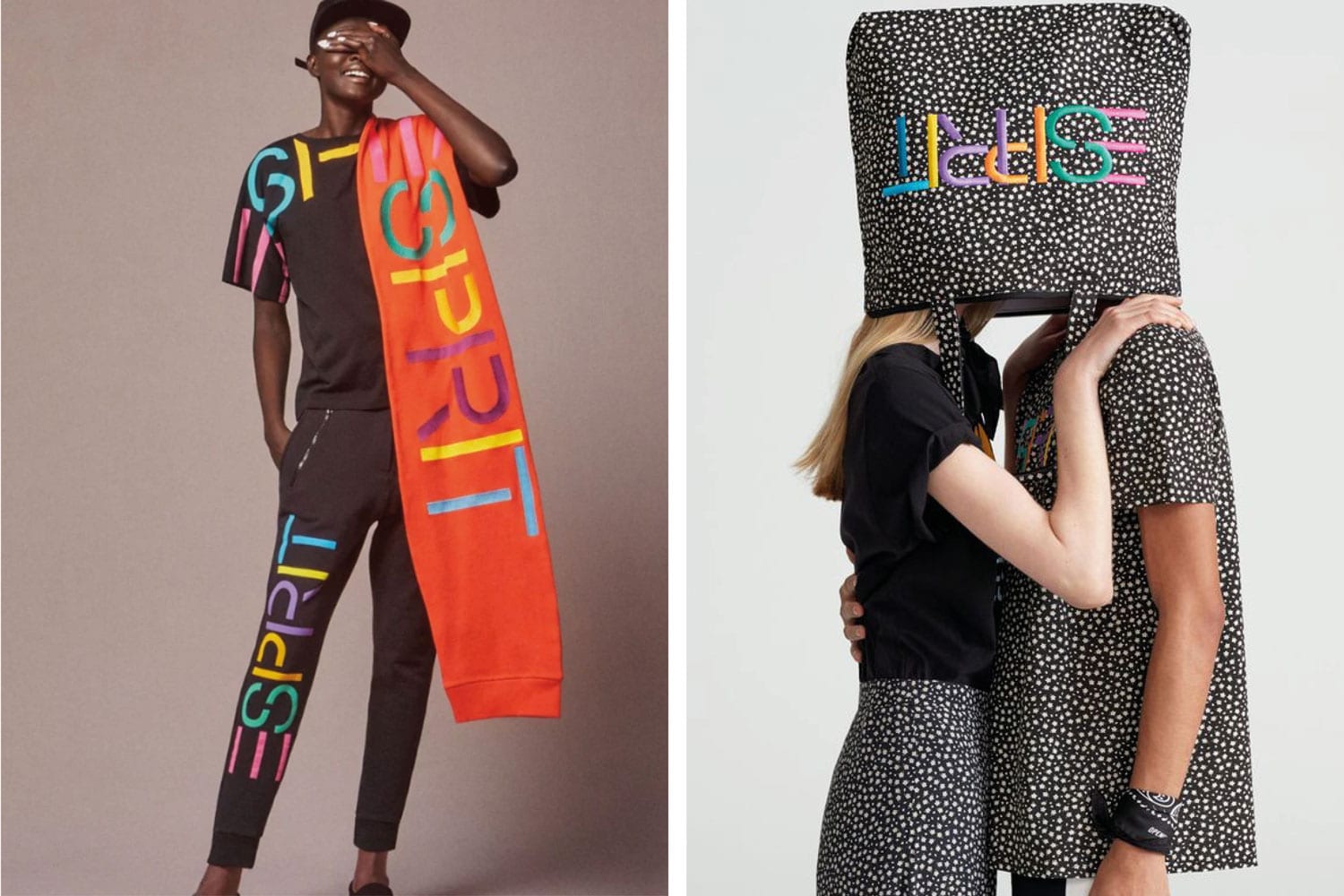 Like many of today’s household names, Esprit came from humble beginnings. The brand was founded in California back in 1968 by Doug Tompkins and Susie Russell. The design duo had met 5 years prior and got married within 3 months of meeting each other. Back then who would have thought their love affair would result in a company that would write fashion history.

“In the beginning, Esprit was just an idea that had to learn how to walk”
– Doug Tomkins

In the very beginning, the brand went by the name, “Esprit De Corp”. This was later simplified to just Esprit because Susie found it easier for people to remember. There was, however, still something missing to really tie the brand together, the lettering.  Tompkins hired John Casado, who was one of the most talented art directors of his time, to design the brands identity that we still know so well today. “Esprit is fearless. Which is why I wanted to work for them.” – John Casado

With both founders growing up as a part of the flower power generation, Love, peace & harmony are some of the core values behind the brand. As heads of the company Doug and Susie felt responsible for their employee’s wellbeing, social concerns, and environmental impact. For example, Esprit started producing their clothing from organic cotton decades before sustainability became “fashionable”. In many aspects, the brand was very ahead of its time. “We were kids of the sixties and really took responsibility for what we created.” – Susie Tomkins

Esprit was colorful, positive, forward-thinking, authentic, inspiring and characterized by the Californian way of life that was so prominent in the seventies. That’s why graphic design was such an important tool for the brand to showcase this spirit in everything they did. The labels in the clothes, the wrapping paper in the shoebox, the design of the shops, everything. “If it’s not inspiring it’s not Esprit” – Esprit. Italian architect famous for his Memphis aesthetic, Ettore Sottsass was hired by Esprit to create a revolutionary concept for the store designs. A great mixture of different colors, textures, materials, and use of light that really elevated the shopping experience. As a result, Esprit shops weren’t just visited by fashion-heads but also architecture fans.

She’s got herself a little piece of heaven 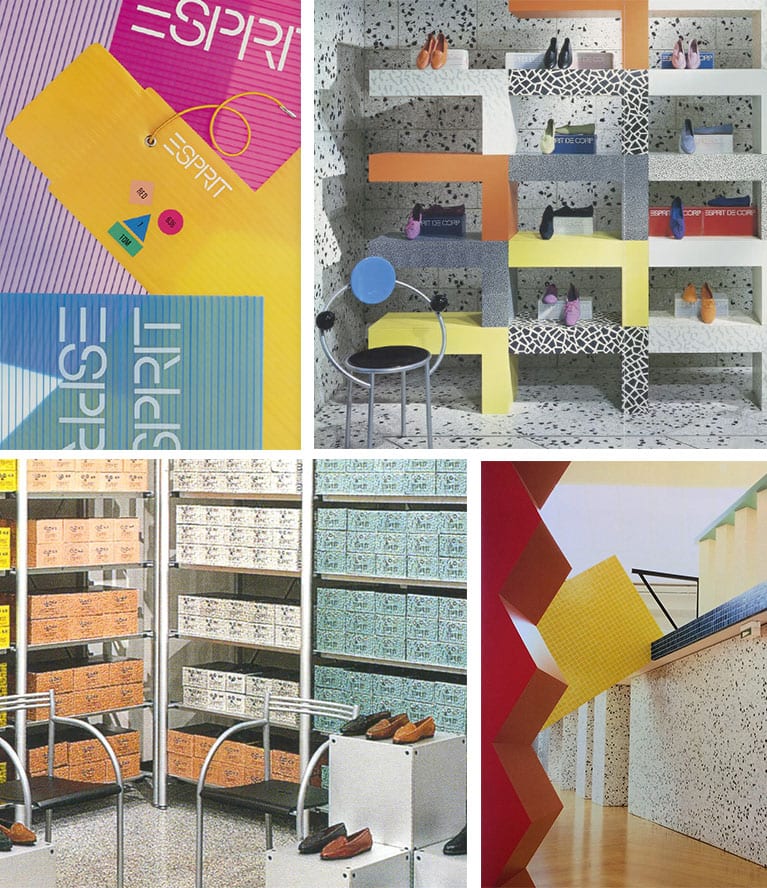 Esprit remained popular throughout the nineties but was slowly overshadowed by other up and coming brands, but never completely faded. Today Esprit is making a massive comeback thank to the collaboration collection with luxury streetwear brand, Opening Ceremony. The collection combined Esprits nineties nostalgia and classic ideals with the current streetwear aesthetic.