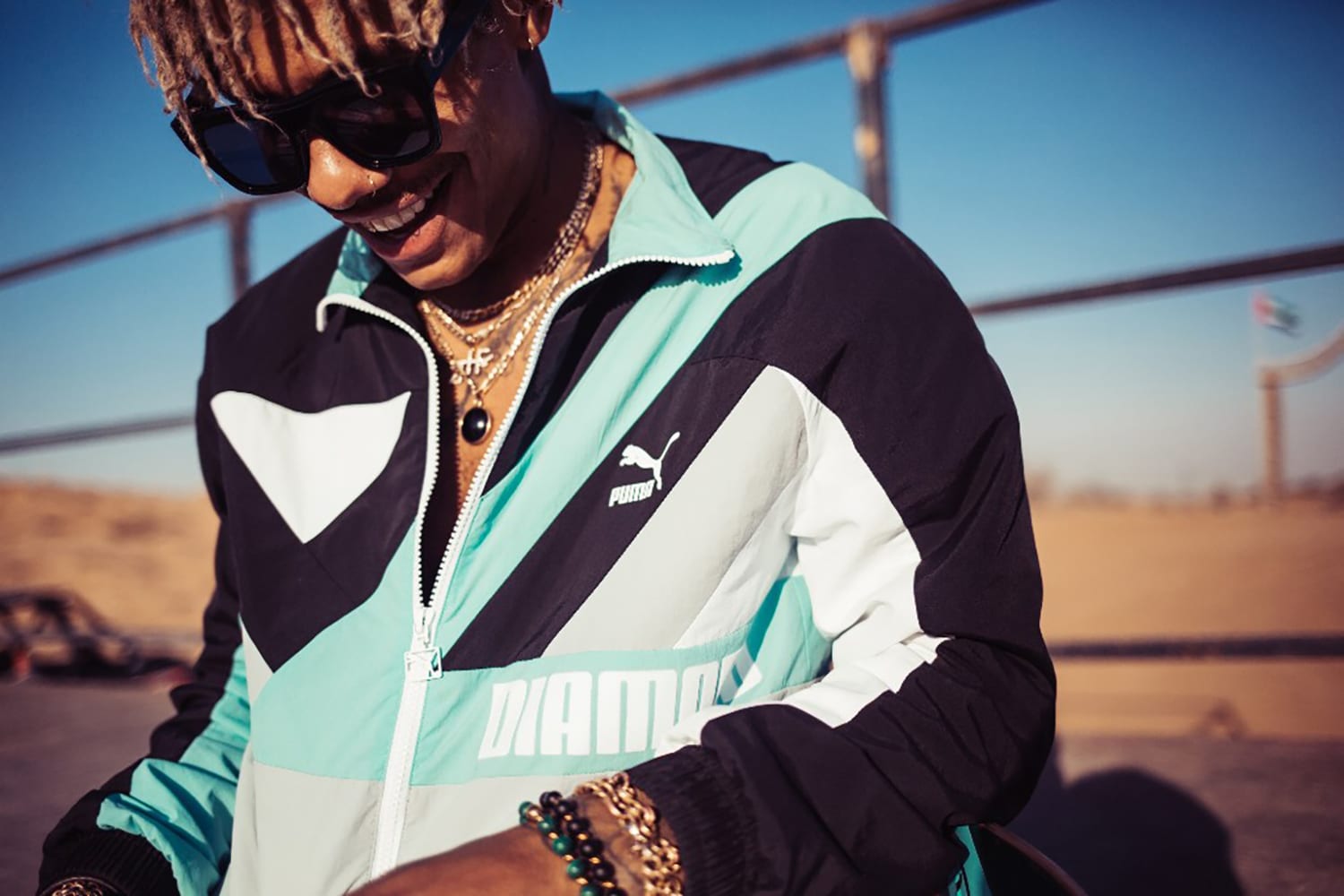 For this fashion legend, we dive into the past of iconic sports brand, PUMA. What a lot of people don’t know is that PUMA actually started out as a brand for football shoes, but before we get into that let’s start at the beginning with a tale of two brothers.

In 1924, the German brothers, Rudolf and Adolf Dassler founded the “Gebrüder Dassler Shufabrik” (Dassler brothers shoe factory). For years, their designs were worn by high ranking football players all the way to the Olympics. In 1948, however, the brothers decided to split their assets and part ways. During that same year, Rudolf founded his new company “The Puma Shufabrik Rudolf Dassler” and released PUMA’s first football boot: “The Atom”, which were worn by various members of the West-German national team during the first post-war football match against Switzerland.

The 50’s were booming for PUMA, with the development of the “Super Atom”, the world’s first boot with screw-in studs, marking the beginning of Puma’s highly successful heritage in football. During the 60’s, however, Dassler decided to expand PUMA’s horizon and develop track shoes.

PUMA sponsored athlete, Armin Hary continues the company’s success story in track and field and wins gold in the 100m competition at the Olympic Games in Rome. During that same year, PUMA becomes the first sports shoe manufacturer to use the technologically advanced vulcanization production technique, whereby the sole and the shaft of the boot are bonded. This innovation helps PUMA athletes to achieve top performances.

It wasn’t until the 70’s that PUMA started to become the brand as we know it today. In 1967 PUMA’s most famous trademark “the jumping cat” was created by cartoonist, Lutz Backes. As PUMA’s product range began to expand to not only shoes but also sportswear, the logo started to appear everywhere on PUMA products, much like the “logomania” we’re seeing today. It was from that point on that PUMA started to move into the street fashion scene. Then in 1968 PUMA released a shoe that would become the most influential sneaker in Hip-hop, The PUMA Suede. The Suede was a success from the get-go, but it was in the year of 1973 when NBA superstar, Walt “Clyde” Frazier stepped on to the court in his costume suedes aka the Puma Clydes, that every single person that had ever held a basketball wanted those shoes and sales went through the roof, whether you were a B-boy, rapper, pick up basketballer or NBA star, you would own a pair of PUMA Suedes.

Today PUMA is one of the leading brands when it comes to sportswear in the fashion scene and to celebrate 60 years of success, PUMA’s releasing a Spring/Summer collection inspired by vintage item’s from the PUMA archives from the 70’s and 80’s. The collection consists of some of their most classic designs from vintage tracksuits, accessories and of course the PUMA Clyde.