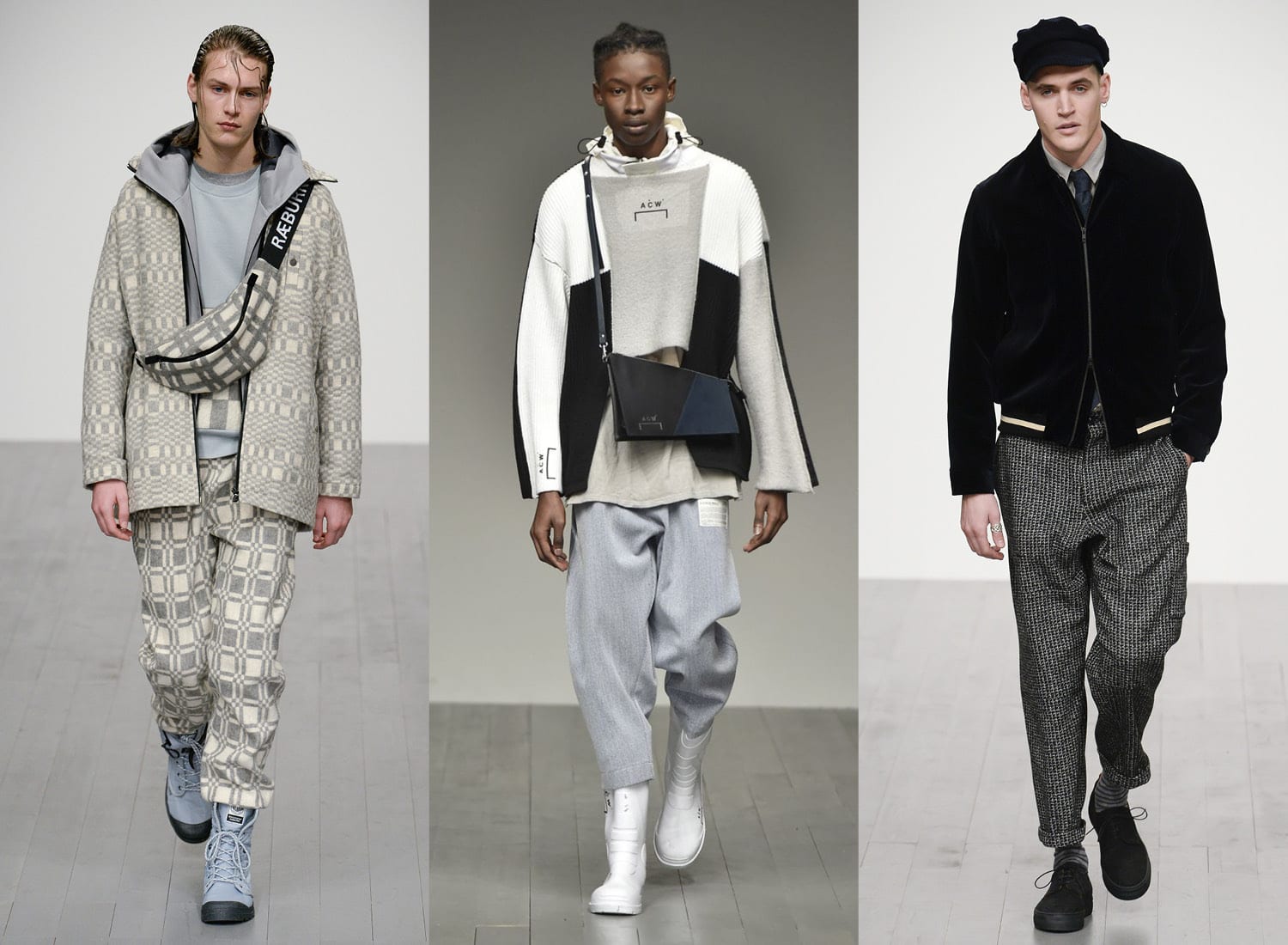 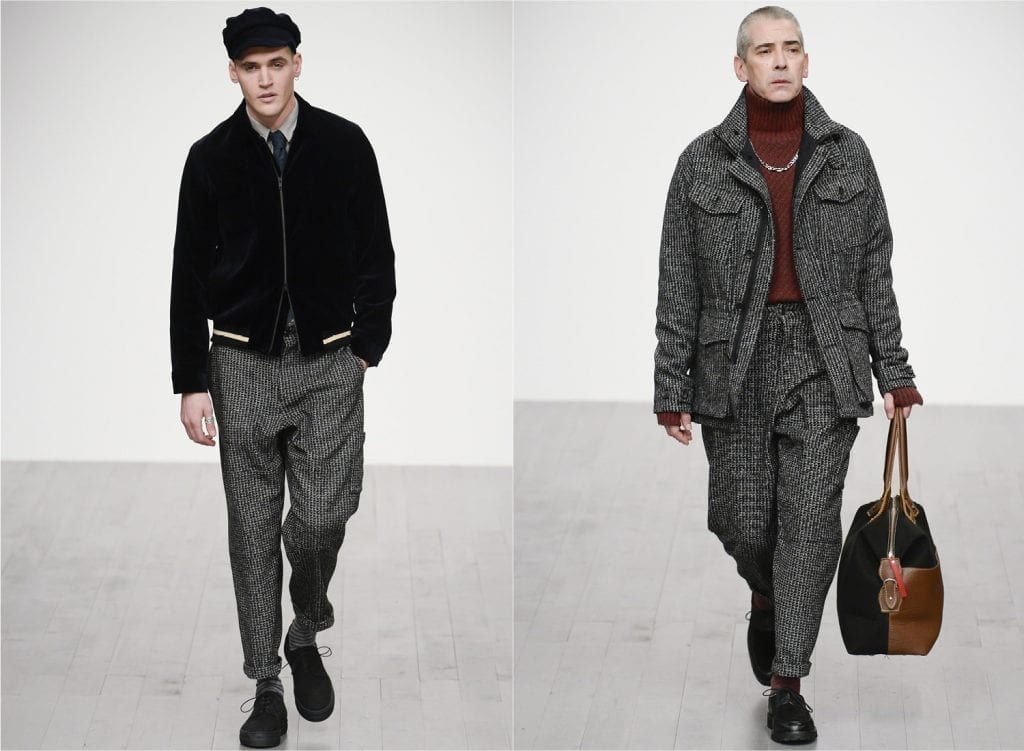 The Fall 2018 Menswear collection of Oliver Spencer was probably my favorite out of all shows. The show was an ode to the 1970’s, with Old English dandyish looks on the runway. This is something that we don’t see a lot anymore, which makes Oliver Spencer a unique designer. The looks consisted of velvet materials, tailored jackets, sailor caps and a lot of knits. 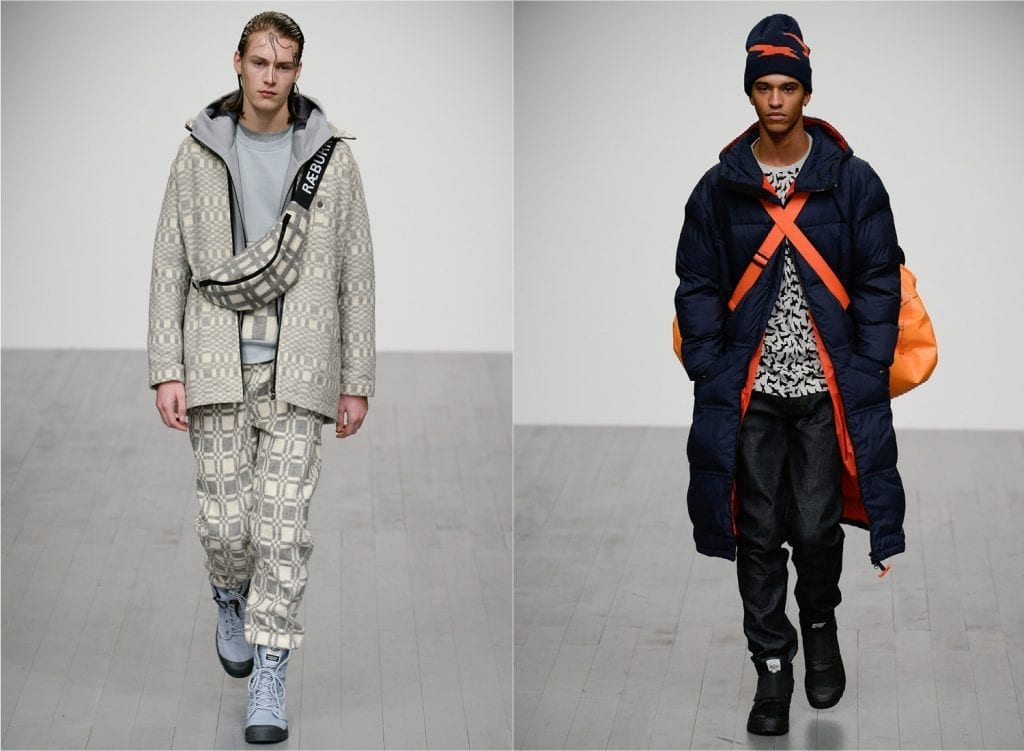 Over the past years Christopher Raeburn has become a more and more relevant designer in the fashion industry. All the looks of Raeburn’s collection were made out of reused materials. The theme for this show was maritime distress, which was translated into reconstructed immersion suits and pieces made out of scuba material.

Instead of doing a runway show, Matthew Miller decided to throw a gig and dressed the performers in pieces from his Fall 2018 collection. Miller said he wanted them to look like ‘’a new, underground, simmering military.’’ Miller is a designer who always tries to give his pieces a political influence, something he also did for this collections. The looks consisted of banners with tendentious words worn as scarfs and jackets that were heavily inspired by military jackets. 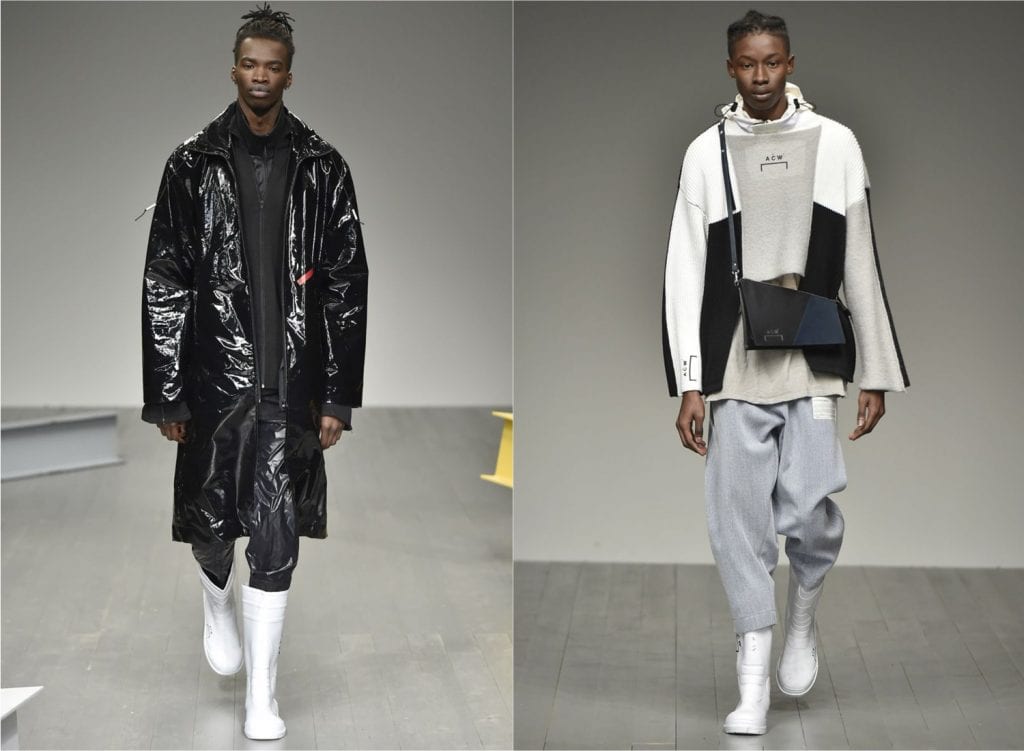 Over the past seasons it has become clear that streetwear has an enormous influence on fashion nowadays. More and more brands are showing casual, oversized pieces layered on top of each other. One of the brands that is no stranger when it comes to streetwear is Samuel Ross’ A Cold Wall. His collection was inspired by construction site uniforms, translated into boxy silhouettes in technical fabrics. The industrial materials, earth-toned colors and workwear silhouettes are very fitting to the English demographic.

One on One with Cees van Rootselaar