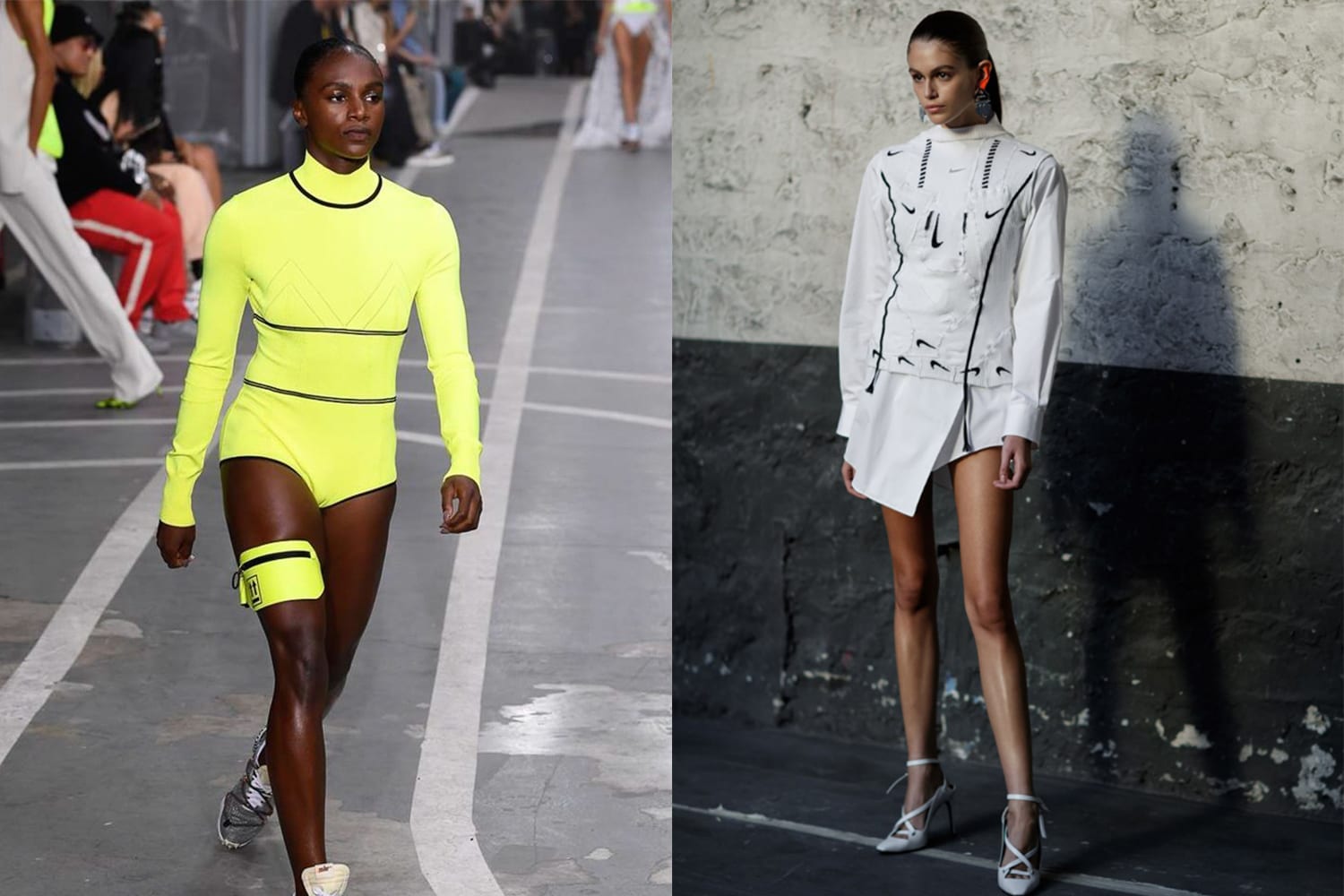 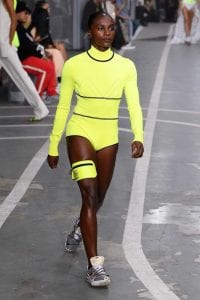 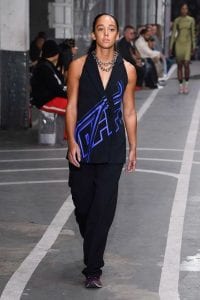 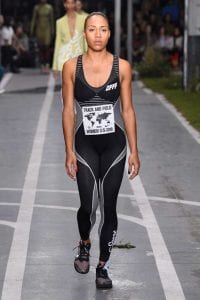 Virgil Abloh, designer and founder of Off-White, likes to innovate, also when it comes to casting his runway. Abloh unveiled Off-White’s SS19 Womenswear collection with a surprising group of models at Paris Fashion Week. 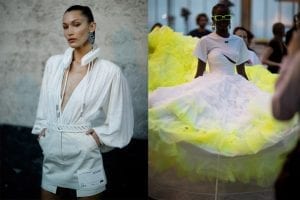 The athletes brought the collection to a next level. The collection showed Virgil’s commitment to the world of sports, featuring neon fabrics and deconstructed constructions crafted from basic Nike staples. Virgil is merging athletic apparel with fashion.

“Essentially, it is feminity crashed against apparel and sport. I noticed that an active lifestyle is becoming a norm. It’s becoming a lifestyle: be healthy, live healthy, eat healthy, and work-out. So work-out apparel donning this name ‘athleisure’ to me was not fully embracing fashion as a united idea, so I wanted to merge this athletic apparel with fashion but in a way that is organic.” Says Virgil Abloh in an interview with Sam Rogers. 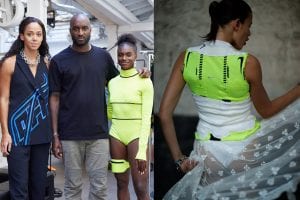 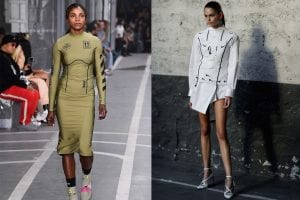