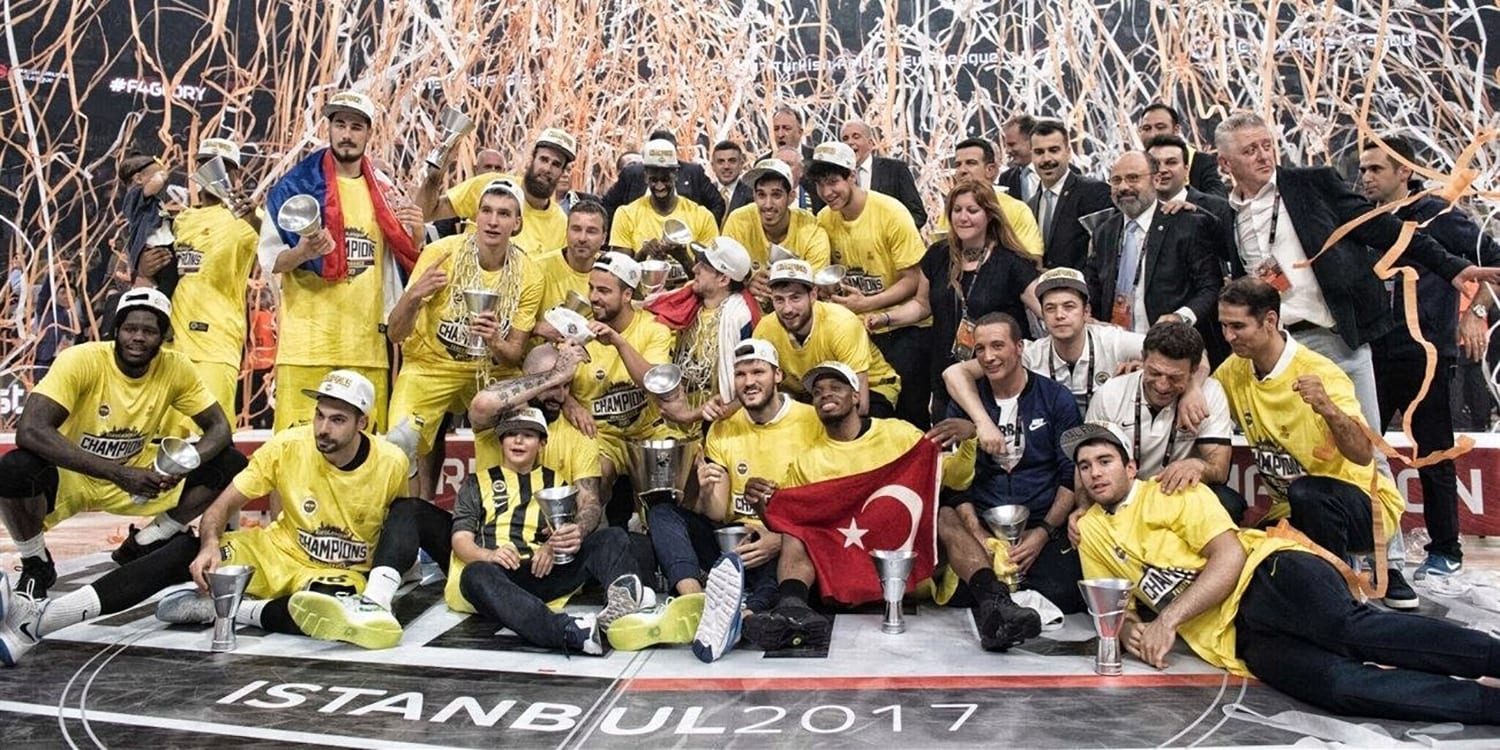 Fenerbahçe rooted themselves at the top and started having successes after Ali Sen became club president in 1981. Ali Sen started investing more into the basketball division of the club, money- and timewise. Fenerbahçe won their first league in the season in the 1990-91 season. The following years they were invariably part of the Turkish top, though there was a lack of titles. The next key player in Fenerbahçe’s history is Aziz Yildirim. Yildirim became club president in 1998 and was determined to book great successes with Fenerbahçe on all their sport branches. Fenerbahçe and Aziz Yildirim invested big time in all their sport branches, for their centennial anniversary. The sport club Fenerbahçe was founded in 1907 and for their basketball department they merged with one of their biggest rivals, Ülkerspor, to become Fenerbahçe Ülker. The club also started with the preparations for an own arena. After the merger Fenerbahçe simply dominated in the Turkish basketball world, they became 4-time league and 2-time cup winners in just 5 years. Fenerbahçe basketball was now a household name in Turkey. After two years, where the only success was a national cup, the club president Aziz Yildirim was determined to make Fenerbahçe not just a household name in Turkey, but in European basketball too. Yildirim then went and signed maybe the best basketball coach of Europe, Željko Obradović in 2013.

Obradović joined Fenerbahçe Doğuş, then known as Fenerbahçe Ülker, in the 2013-2014 season, replacing the Italian coach Simone Pianigiani.
The signing of Obradović was a big one for Fenerbahçe and made a lot of noise in the European basketball world. The Serbian coach, Obradović, was already being considered as one of the best European coaches ever as he had already won 8 EuroLeague titles with 4 different clubs. Obradović, born in Čačak, PR Serbia, FPR Yugoslavia on march 9 1960 played professional basketball from 1978 till 1991. He played for two teams; Borac Čačak and Partizan. After his last season, 1990-1991, as a player at Partizan, he started his career as a head coach at Partizan. In his first season, 1991-1992 he won the EuroLeague with Partizan. Before Coaching Fenerbahçe Doğuş Obradović has also coached Juventada, Real Madrid and Panatinaikhos

In his first season with Fenerbahçe, Obradović won the Turkish Basketball League, reached the semi-finals of the Turkish cup and the EuroLeague top 16. The 2014-2015 season, is the only season so far that Fenerbahçe hasn’t won a prize under Obradović’s guidance. However, Fenerbahçe did announce their arrival at the European top that season by reaching the Final Four of the EuroLeague. In 2015-2016 Obradović won every Fenerbahçe fan over by winning the Turkish League as well as the Turkish Cup, yet they just missed out on a EuroLeague cup thanks to arbitrary errors in the final. Fenerbahçe lost to CSKA Moscow, 96-101. After missing out on a EuroLeague trophy the previous season, Obradović, crew and players were determined to win the cup this time. They succeeded, the EuroLeague championship of the 2016-2017 season marked Fenerbahçe’s first EuroLeague win and Obradović 9th. The 2017 Final Four was played in Istanbul, at the Sinan Erdem Dome. After beating Real Madrid with 84-75 in the semi-final, Fenerbahçe won with 80-64 Against Olympiacos. Fenerbahçe’s Ekpe Udoh won an individual award for EuroLeague Final Four MVP, Ekpe Udoh and Bogdan Bogdanović were also chosen for the All-EuroLeague First Team. Željko Obradović won the Alexander Gomelsky Coach of the Year award.

In the summer of 2015 Ülker ended their contract with Fenerbahçe for the club name, Fenerbahçe Ülker, was no more, but they would continue sponsoring the Arena. The following two seasons, 2015-16 and 2016-17, Fenerbahçe played without a name sponsor. At the beginning of this season (2017-2018), Doğuş Group signed a sponsorship deal with Fenerbahçe as a name and shirt sponsor. Fenerbahçe Basketball is now Fenerbahçe Doğuş.

Fenerbahçe’s success has not gone unnoticed in the rest of the world, after their amazing season last year NBA teams came knocking on Fenerbahçe’s door.
At the Start of 2017-18 Ekpe Udoh and Bogdan Bogdanovic left Fenerbahçe to go play in the NBA. Ekpe joined Utah Jazz and Bogdanovic joined the Sacremento Kings.
Fenerbahçe’s biggest transfers this year were Nicolò Melli, Sinan Güler, Jason Thompson and Brad Wannamaker. The new transfers are reinforcing an already mighty squad consisting of names like Melih Mahmutoğlu, Jan Veselý, Luigi Datome, Bobby ‘’Ali Muhammed’’ Dixon.
Currently Fenerbahçe Doğuş is sitting at the top of the leader board in the Turkish Basketball League and sitting at a 3rd place in the EuroLeague group stage, almost guaranteed to make it to the EuroLeague Top 16. So, what do you think? Will Fenerbahçe Doğuş stay dominant in European basketball and perhaps prevail another EuroLeague cup this year under the guidance of captain Melih Mahmutoğlu, coach Željko Obradović and club president Aziz Yildirim?

Let us know down below!

The Best Street Style From The Pitti Uomo Shows in Florence