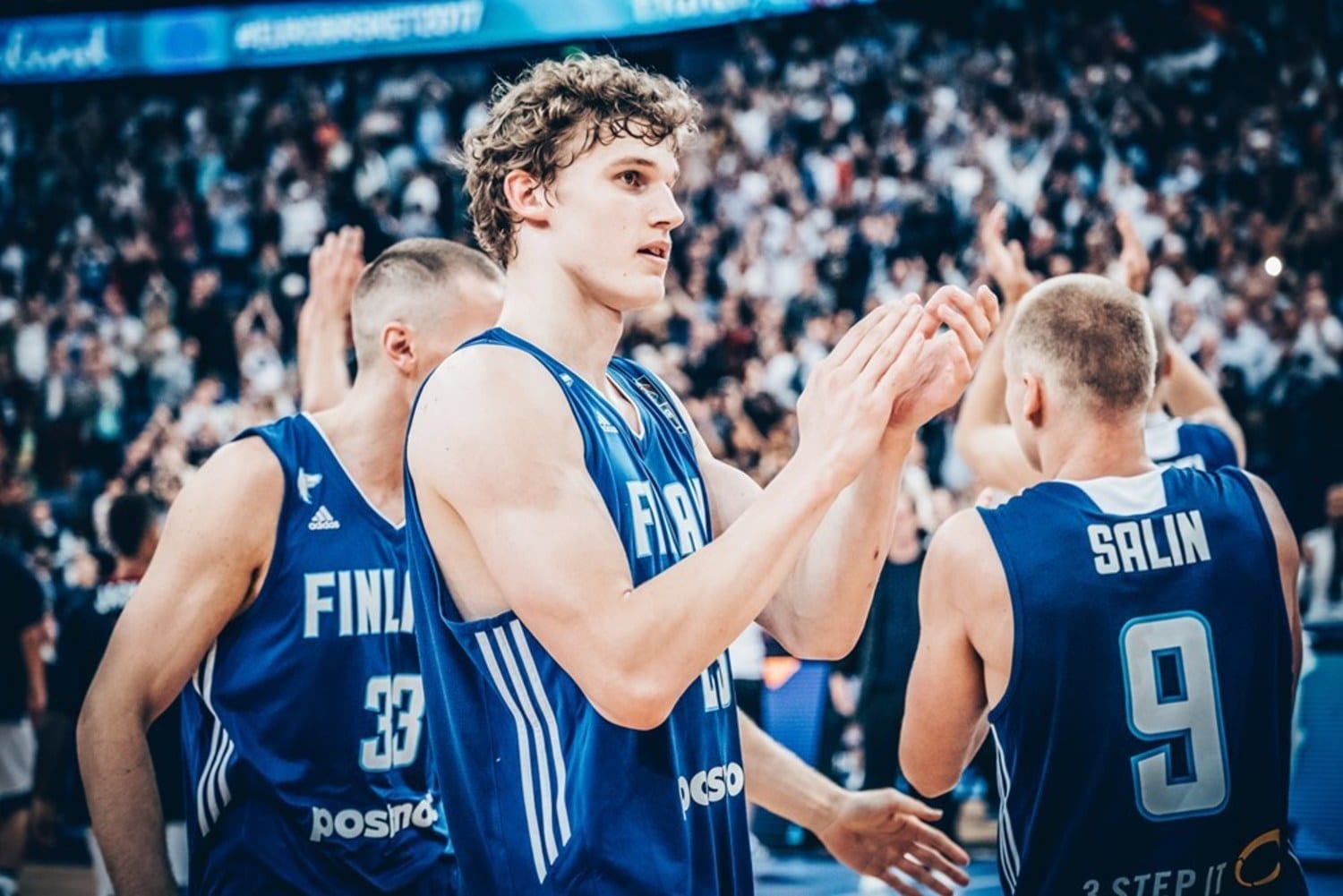 It’s only Day 1 of Eurobasket 2017 and we already had a major upset as Finland beat France in overtime, 86-84. Twenty year old Finnish phenom Lauri Markkanen had an incredible night as he scored 22 points including a three-pointer that put Finland ahead, 84-79, with just over a minute left. The game was played in Helsinki and attracted 12.167 spectators in Helsinki Arena and almost half a million viewers saw the game live on Yle television, which is extraordinary for a basketball game in Finland.

Lauri hails from a very athletic family and got his basketball genes from his father Pekka and his mother Riikka. Riikka played for the national team, father Pekka played at Kansas University and after that 15 years as a pro in Europe. Lauri even spent the greater part of the first three years of his life in France as his father was playing professionally in that country.

Lauri’s basketball education was provided by Hanno Mottola, the first Finn to play in the NBA (Atlanta Hawks, 2000-2002). Last year Lauri played for the university of Arizona and the success of the Great Blond (as his Arizona teammates called him) didn’t stay unnoticed in Finland. It even got to the point that in January Yle television started broadcasting all Arizona games until the team got beaten in the NCAA tournament. Lots of people stayed up during the night (because of the time difference) to see Lauri play and excel. As he was very successful in his freshman year at Arizona he left after only one year to pursue his dream: playing in the NBA. Markkanen was chosen as the seventh player in this year’s draft and will suit up for the Chicago Bulls, and therefore, Yle television has decided it will broadcast many of his games in the upcoming season too.

Coming Saturday will be a big test for Finnish basketball on television as the national soccer team will play Iceland in a World Cup qualifier. The basketball team has a match versus Slovania on the same day. Who will have the upper hand? The soccer players or the basketball team? Will Lauri mania continue in Finland?