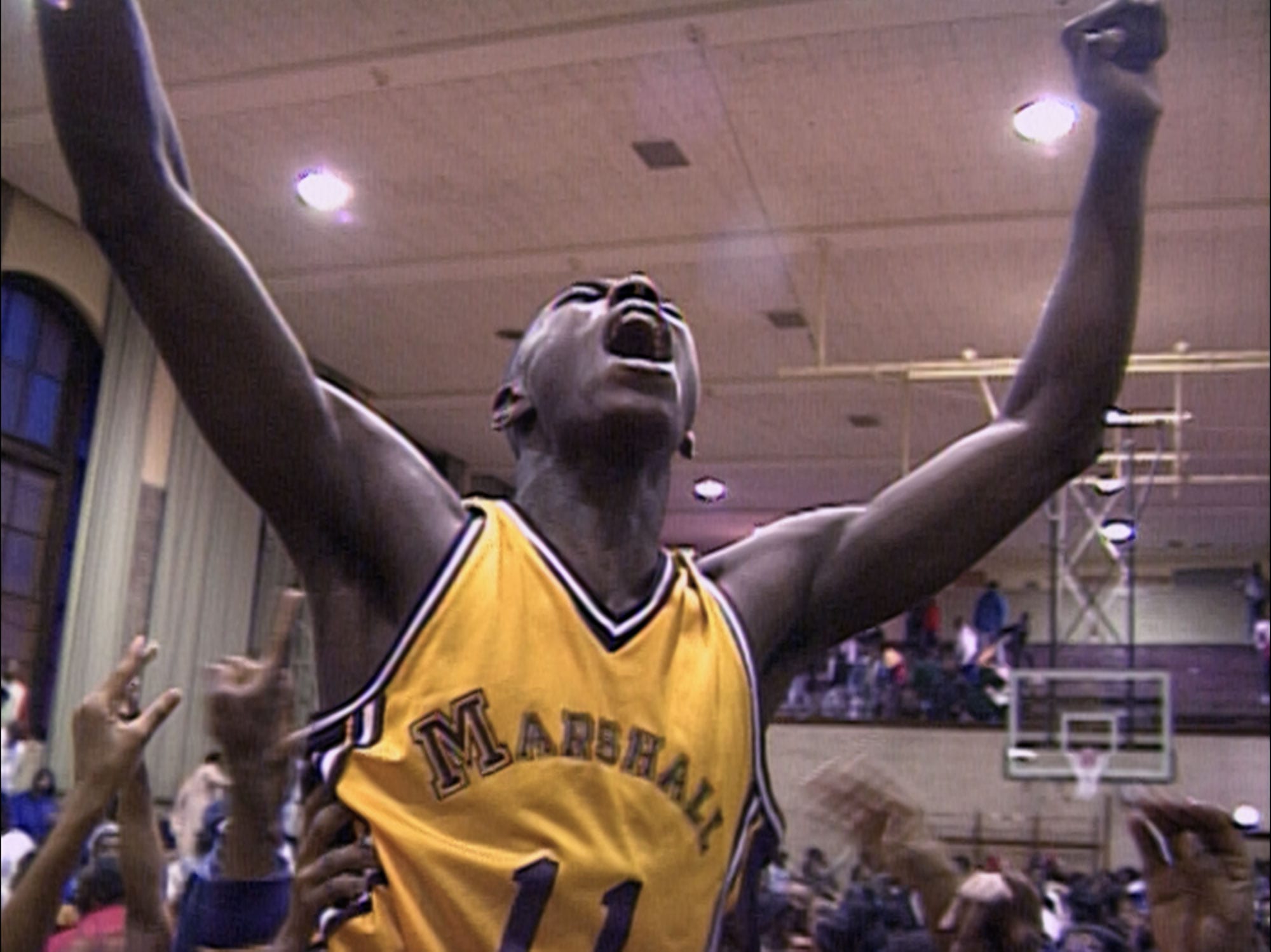 It is the middle of Summer, and this means that there is a break in the basketball season. There are no games, players are on holiday, and therefore there is no action to watch, and no sensation and drama to follow on live television. This means that fans will have to fill up their time in a different way until the next seasons starts again. What better way is there than to do something where all these things (action, sensation, drama, and basketball) are combined? You have probably already guessed it: watch some great basketball movies!

If someone says basketball and movie in one sentence, the first movies that come to mind are Space Jam, White Men Can’t Jump and Coach Carter. The real question is: which movies should I watch that I have not seen or heard from before? Time to name five great (unknown) basketball movies and documentaries to get everyone through the Summer.

This first movie might not belong on a list of the greatest basketball movies, but it tells the story of the origin of the ABA and NBA in the form of a comedy, with Will Ferrell and Woody Harrelson. Will Ferrell, as Jackie Moon, had a hit with his song “Love Me Sexy” and buys a basketball team in the ABA (American Basketball Association). It is the worst team in the league and at the end of the season, they have to reach the top four to survive the merging of the ABA and the NBA. Factor in the year, 1976, very short shorts, Will Ferrell’s amazing hair and a wrestling bear and it is the best movie to watch on a rainy day.

This movie is a coming-of-age story, based on the book by Jim Carroll. Leonardo DiCaprio plays basketball at a High School in New York while dealing with an addiction to drugs. At one point, there is a clear point of no return and the audience can see the character get into a downward spiral. It is mostly about growing up, dealing with addiction and it can be seen as a clear statement against drugs, but it features basketball as an important aspect of the life of the main character.

4. The Heart of the Game

This is the first documentary on this list and it is about a girls’ basketball team at Roosevelt High. The story focusses on Bill Resler, the newly hired coach, and Darnellia Russel, a potential star player for the school, who goes through a difficult period throughout her high school years. The movie includes drama, good basketball scenes, typical (basketball) life lessons and overall a great story.

3. The Other Dream Team

Everyone knows the American Dream Team, with Larry Bird, Michael Jordan, Charles Barkley and Magic Johnson, but have you ever heard of the Other Dream Team? This documentary focusses on the Lithuanian National Team in 1992, who won a bronze medal at the Olympics in Barcelona. It is a great story about how this basketball team became a symbol for their country after their independence from the USSR.

Finding Forrester is about a high school basketball player, Jamal, who is invited to attend a private school in New York. Then he meets William Forrester (the one from the title of the movie), played by Sean Connery, a famous reclusive writer who will help Jamal with writing essays. Though most of the movie focusses on the academic career of Jamal, the influence of basketball can be felt and furthermore, there are some great basketball scenes throughout the story that are worth watching the movie for.

Last, but definitely not least on this list, is the documentary Hoop Dreams. This can be seen as (one of) the best basketball documentaries ever made. It is about two young African-American basketball players, who were followed by cameras for eight years (middle school to college) on their journey to a bright future, getting a college basketball scholarship, and maybe even making it to the NBA. Throughout the documentary, we see the boys making different choices (out of necessity and by actual choice) striving for greatness in basketball, trying to get the right grades, all to try and achieve their ultimate goal.