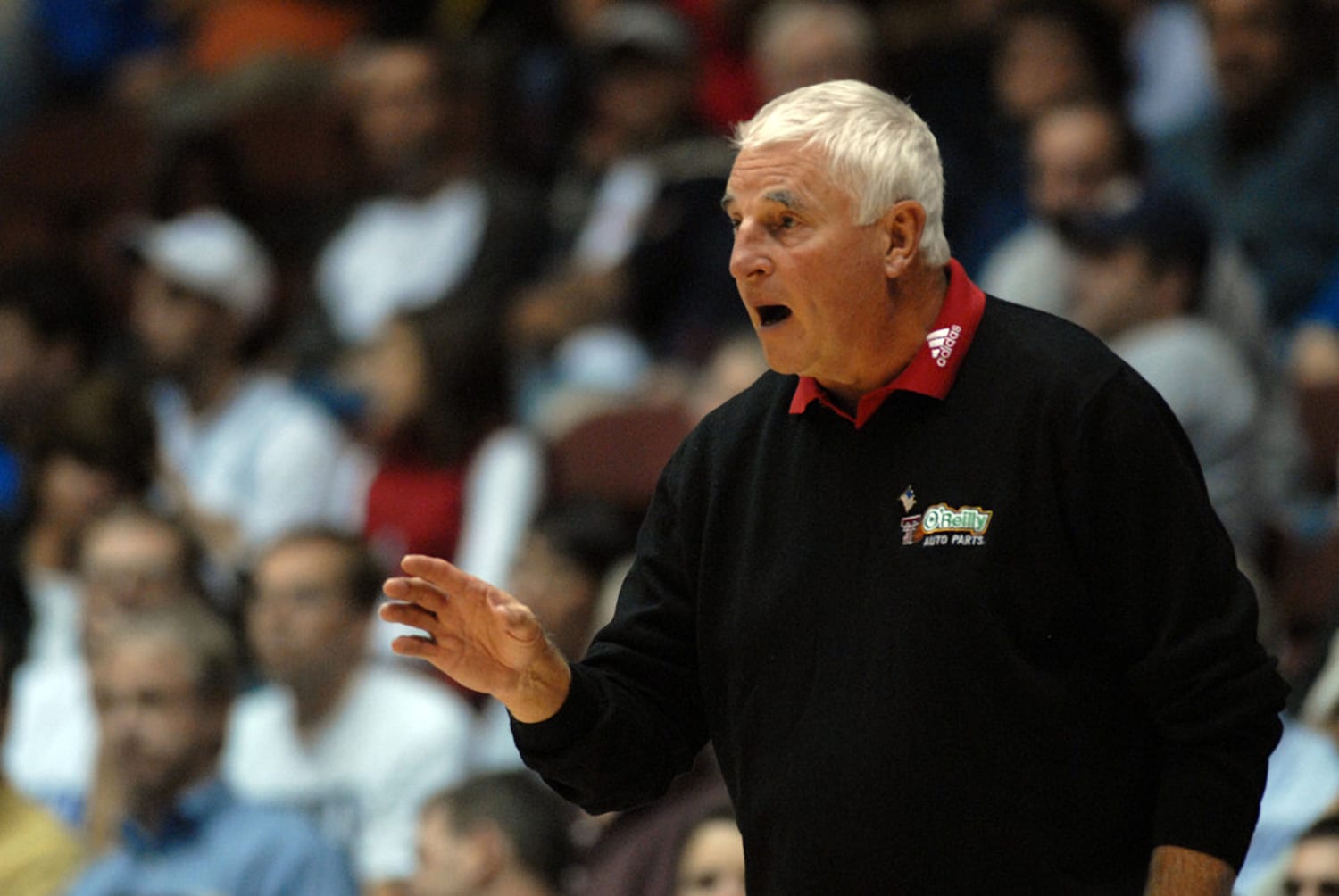 Everyone that ever played basketball probably had a coach they did not like, but that was not always justified. Sometimes there is a legit reason that a coach is disliked or hated, and sometimes those coaches are just too successful. Today, we selected the five most hated coaches in basketball.

This coach is the only coach that ever threatened to kill another coach on camera. He only received a one game suspension for this action. Besides that, he was also hated by his players, because their practices were always at 6 in the morning. That way, the players did not have to miss any classes. This was good for the academic career of the players, but it was not a favorable move.

Mike Krzyzewski deserves a spot on the most hated coach list. He has one of the best records in the NCAA, and that is probably one of the reasons that he, and his team are hated by many. Coach K was also once assistant-coach at Indiana under head coach Bobby Knight. He is very hard on his players. He even banned his team from wearing Duke apparel after a tough loss against North Carolina State back in January.

But the main reason that he is hated is that he whines and talks to the referees throughout the whole game. Furthermore, his players are not liked either because they can be very unsportsmanlike. Two examples are Christian Laettner and Grayson Allen. Laettner had the habit to step on players of the other team and Allen had several incidents where he kicked or tried to trip players of the opposite team. Those are just examples of the kind of players that Duke and Coach K recruit for their team. There is even written a book, called Duke Sucks, about why everyone hates Duke.

Rick Pitino has been the head coach for the University of Louisville since 2001. Recently, he was suspended for five games after a former escort made allegations that she as well as other escorts were hired to visit Louisville players and recruits. It is said that he did not know that these activities were going on. Two years ago, a statement was given out that Louisville was under investigation by the FBI, as one of the Louisville players accepted a $100.000 bribe to go to the University. Though Pitino denies any involvement, Louisville relieved him of his duties.

Knight definitely belongs on this list. He had a great run with his NCAA team, Indiana, winning three NCAA championships, but he has quite a negative side to his character.

There are horrible stories about his time with Indiana and how he treated his players. His most famous anger outburst was in a game against Purdue in 1985, when he threw a chair on the court. A former player of Indiana, Todd Jadlow, accused Knight of abusing him and his teammates. In his book, Jadlow: On The Rebound, he even wrote that Knight grabbed his players by the groin and that Knight once punched Jadlow on the back of his head with his fist. In 1997, he choked a player at practice, and there was even video evidence of this attempt. The player, Neil Reed, has discussed this event several times in interviews. This eventually, together with many more complaints, lead to him being fired from Indiana.

Calipari is probably the most hated coach in basketball. He has been quite successful as an NCAA coach, reaching his 500th victory as a coach in 2012, but one reason or another, problems and scandals always seem to follow him wherever he goes. Twice, his records at the NCAA tournament got vacated due to suspicious circumstances.

In 1996 with UMass, one of his players, Marcus Camby had received $40.000 dollar from an agent that did not have a connection with UMass. When the NCAA found out, UMass’ record was vacated that year. Twelve years later, in 2008, UMass has to vacate the entire 2007-2008 season and the NCAA tournament, where they ended up in the second place. At that time, Derrick Rose was the star player on the team, but then it was discovered that someone else took Rose’s SAT’s for him, to be able to get into Memphis. Calipari’s direct involvement was never proven, but sketchiness keeps surrounding him.

Even more recently in 2010, Calipari and Kentucky almost had to vacate the entire 2009-2010 season, as there was some sketchiness surrounding Eric Bledsoe and a grade he got back in high school. Again, Calipari was never implicated, but he definitely deserves a spot on the top of this list.