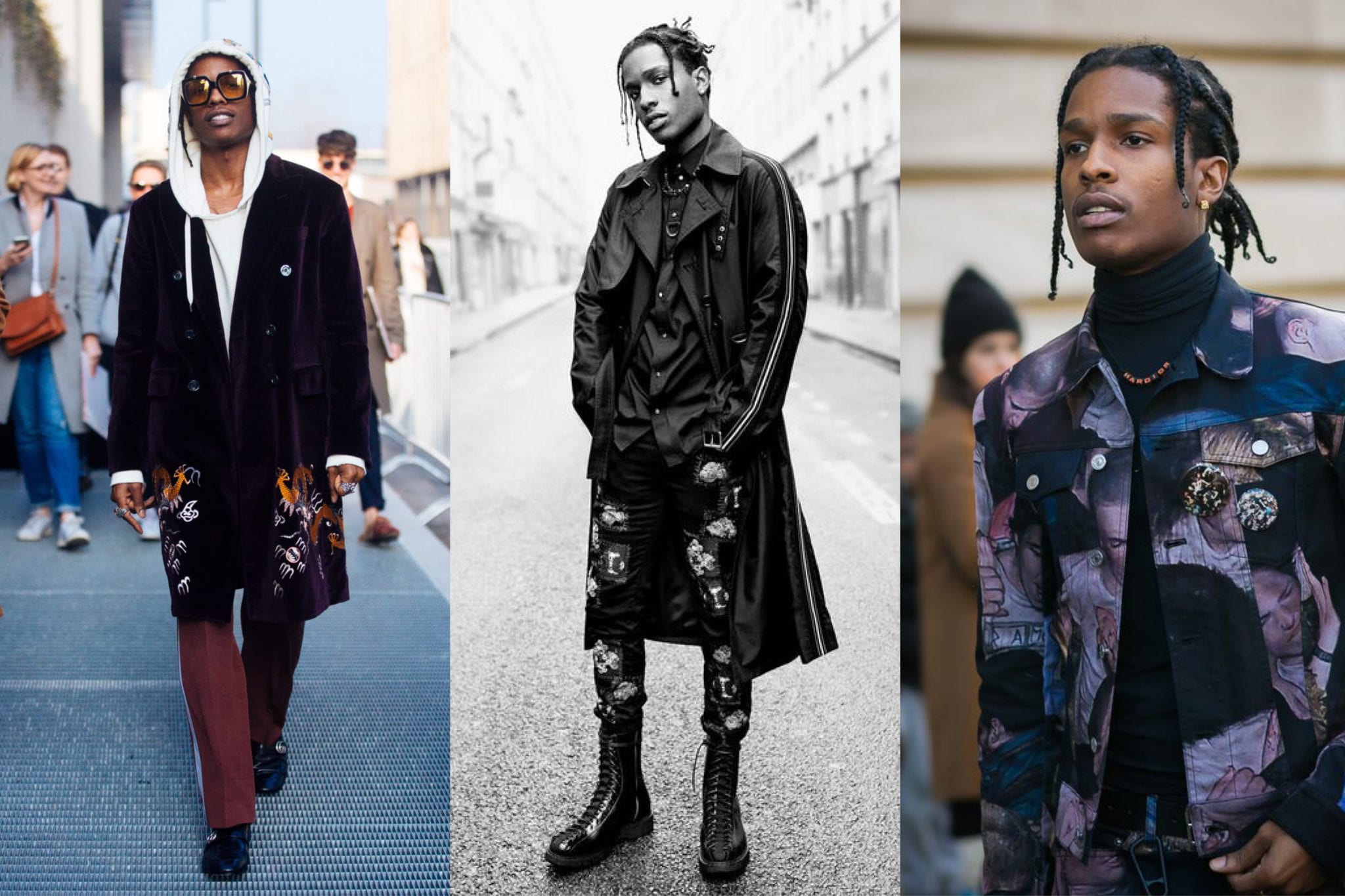 Hip-hop superstar A$ap Rocky is without a doubt one of the most fashionable artists in the rap game today. Ever since emerging onto the scene back in 2011, A$ap has been among the elite with both his music and his fashion sense, whether he’s performing on stage,  shooting a music video or sitting in the front wrong at fashion week, his looks are always bold and on point. Therefore it’s no surprise high-end brands such as Alexander Wang and Dior Homme chose him as the face of numerous ad campaigns and editorials.

A$ap wouldn’t be A$ap without his Gucci embroidered everything. Obviously, Gucci has become one of the number one streetwear brands for fashion lovers, but there’s no one who takes his love for Gucci as seriously as this guy. With his floral embroidered hoodie, embroidered velour overcoat, track pants, loafers, and shades,  Flacko looked like he came straight off the runway.

The Grammy awards are probably the only red carpet event in Hollywood where it’s socially acceptable to show up in distressed jeans and A$ap didn’t waste the opportunity. For this look, he went for much more casual comfort, but still very put together and of course, some embroidered Gucci pieces, finished off with a navy blue Goyard messenger bag. The real honorable part, however, was the fact that he was sweet enough to bring ASAP Yams’ mother to the event as his plus one after her son’s unexpected death the month before.

We all know A$ap is the king of going all out and has no fear of mixing multiple colors and prints with multiple textures and bold silhouettes, but during the annual AMFAR gala (the American Foundation of Aids Research) he also showed he can tone it down and rock a classy, tailored, black suit (paired with a pair of Gucci loafers course) without losing his pretty boy swagger.

A$ap evolved from being just another street style icon into one of the new faces of Dior Homme. The French fashion house stated he embodies “the empowered masculinity of today’s urban dandy” for which the brand is currently designing. Perhaps there will be a collaboration collection in his future?

Continuing to show his support for the brand, Flocka showed up at Paris week rocking a Dior Homme digital photo-printed statement denim co-ord. He paired the denim jacket with a black turtleneck and a Haider beaded necklace. Can you picture anyone who would look better in a purple print of pictures of random people? Neither do we.

Road to the MVP award: WNBA