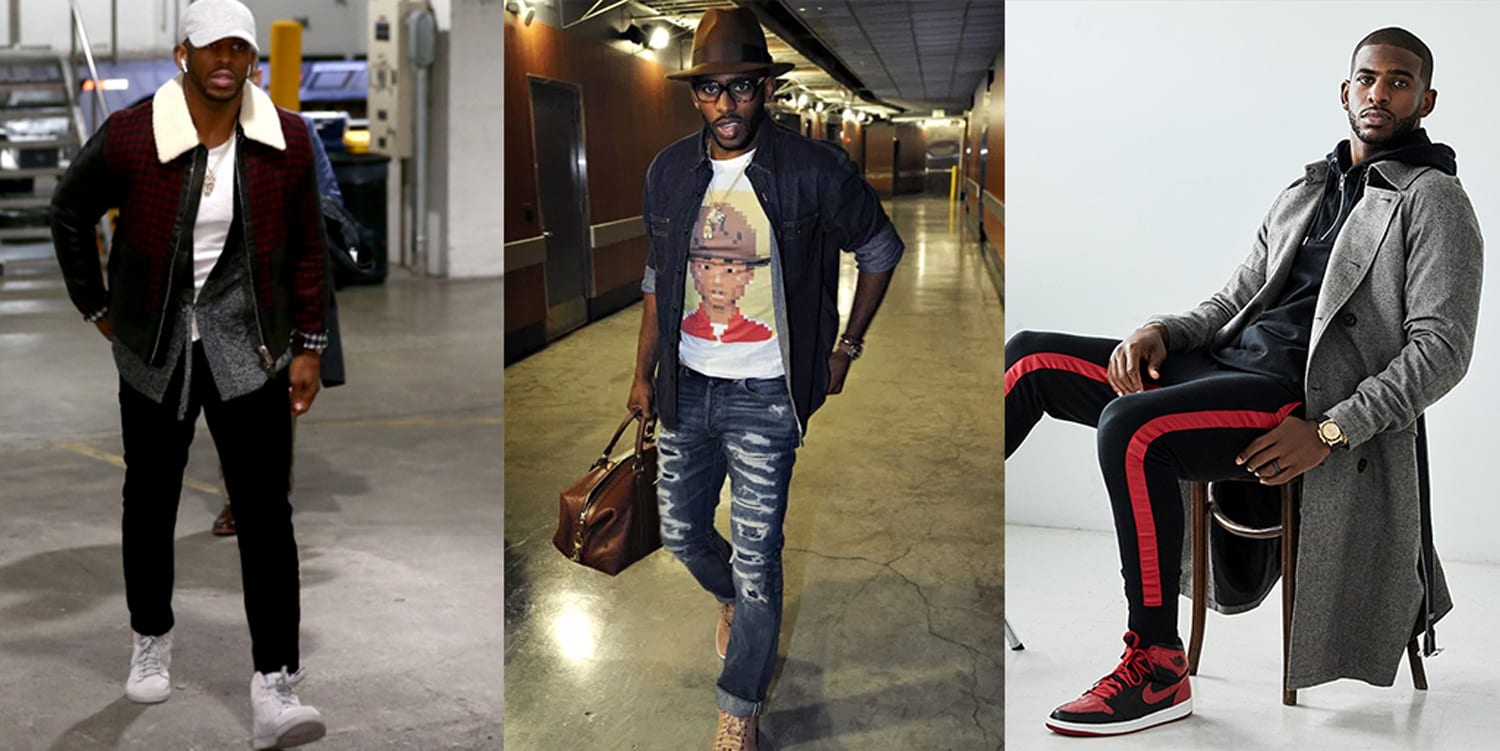 Ballers are known for their incredible sense of style but still miss the mark sometimes. Thirty-two-year-old Houston Rocket, Christopher ‘Chris’ Paul, however, always gets it right. He knows how to keep it casual, but also how to dress for the occasion. Chris has always had a passion for fashion and is one of the few NBA players with a clothing line, but more on that later. Check out these five times Chris absolutely slayed with his outfit.

NBA players have proven many a time that they’re not afraid of a pop of color. Non, however, have rocked a full blue and purple look quite like Paul during a 2017 Laker game. Paul styled his Purple, checked suit with an indigo blue polo and blue suede Jordans to match.

It’s game day, which can only mean one thing, head in the game and outfit on point. In this case, a pretty straightforward t-shirt and jeans look, finished off with a red, checked, sterling aviator jacket, plain white cap, and gold accessories.

Whoever said, wearing a suit to a basketball game isn’t cool, obviously doesn’t know what he’s talking about. While attending a game the point-guard went for a glam-leisure look, combining a checked tailored suit with a classic white hoodie and matching sneakers. Proving once again, Paul looks good in check.

Chris was definitely channeling Pharell Williams while arriving at the Stapels Center. For this look, he went with a double denim combo, accented with brown tones and leather materials. Our favorite piece, however, is definitely his statement Pharell Williams graphic tee, and Paul’s hat to match.

Last Fall Chris Paul released his second collaboration collection with men’s fashion collective, Menlo house, for which he of course also modeled. One of his looks consisted of a pair of bold striped track pants, a black hoodie and a beautifully tailored, grey, wool coat, finished off with a pair of Nike Dunks in the Houston Rocket colorway.